In Russia and elsewhere, the fog of war has partially lifted. But to what end?


Thirty-something years ago, as a rookie reporter in the Soviet Union, I spent a considerable amount of time sitting in various far-flung cities as the communist empire collapsed, either waiting for war to break out or reporting on conflicts. Which is why last week, as the news about Ukraine became increasingly frenzied, I was gripped by an investigative documentary published on YouTube last year by Alexei Navalny, the Russian opposition leader.

The film in question, Putin’s Palacereveals detailed blueprints of a huge, luxurious mansion on the Black Sea coast, complete with helipad, casino, pole-dancing stage and cinema — all built, it claims, for the Russian president at a cost of more than $1bn. At the same time, the film tries to lift the lid on the shadowy network of financiers and oligarchs that surround Putin, allegedly helping make him one of the richest men in the world.

While Putin has unsurprisingly dismissed the accusations as lies, the material seems well researched, accurate and distinctly relevant as western governments ponder the merits of sanctions against the individuals and Kremlin-linked businesses that have apparently channelled this money.

However, for me, the most startling detail about the film is that while it has a clear anti-Putin agenda, it went viral in the Russian-speaking world. It has received an estimated 150mn views on YouTube, making it the most-watched piece of Russian content on the platform in 2021. A survey by the independent Russian pollster Levada last year found that one-quarter of Russian adults had seen it.

As someone who once lived in the Soviet Union, I find this cheering. For one thing, it suggests that Putin’s aura of omnipotence may not be quite as impregnable as it usually seems to westerners. Yes, he has crushed numerous protests, including some sparked by the release of Putin’s Palace. And Navalny is now in jail after surviving an assassination attempt in 2020, and faces a new tribunal this week.

But maybe his message cannot be so easily silenced, given this 21st-century form of samizdat (the dissident pamphlets circulated in Soviet times) has reached a far wider audience than the originals ever did. So, it will be interesting to see if fresh variants of cyber samizdat emerge this year, and if this creates new challenges to Putin, particularly if the Russian economy weakens or a Ukrainian war results in mass casualties.

The emergence of films such as Putin’s Palace also reveals something uplifting about modern information flows. In some ways, my experience back in the Soviet era carries echoes of what has been unfolding in Ukraine. In Baku, Dushanbe, Riga and Moscow, as in Kyiv today, there was a sense of dread and confusion as people tried to work out what might happen.

But what was so different was that everyone, including journalists, lived in a profound information fog. To get “news” — ie to do my job — I would frantically listen to shortwave radio, talk to anyone I could find and offer local telephone operators cigarettes as gifts to secure a line to call my contacts.

Sometimes I clambered on to the roofs of tall buildings to scour the skyline, or made my way to the local TV tower, in a bid to get more news. But whatever perspective I had was invariably limited and local.

Today a veritable army of citizen journalists is producing and sharing texts, pictures and videos from Ukraine and the surrounding regions. Satellites are beaming details about troop movements on to websites that ordinary citizens can access.

Western governments are trying to turbocharge this information flow in a bid to counter Russian misinformation. Transparency has become not just the norm but a weapon of war, in a way that was inconceivable three decades ago. 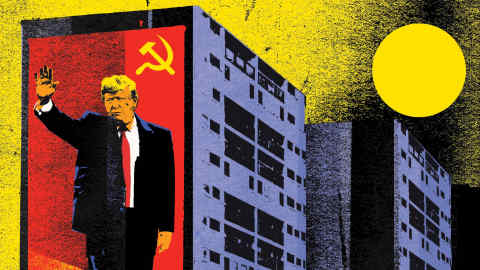 Yet increased transparency does not always produce the results that we might like. One consequence of this tsunami of information and misinformation is a rise in distrust and cynicism. As a recent survey by the public relations group Edelman shows, trust in governments and media has collapsed in many countries over recent years. And citizens are often good at ignoring what they do not want to see or hear.

When the Levada pollsters asked Russians last year if their view of Putin had worsened after watching the film, less than one-fifth said it had. The majority appeared to have treated it as confirmation of their existing views (and some supported him nonetheless). Levada’s Denis Volkov recently told the FT that aggressively anti-Ukraine propaganda on state TV had done its job: “Society is ready for war, in that it has absorbed the Kremlin and Russian state media’s depiction of the situation.” Transparency alone is not a magic wand.

Yet even if we live in an age marred by misinformation and cynicism, it is still better than the information fog that existed three decades ago. After all, it was the power of social media and transparency that helped to spark the Ukrainian uprising in the first place. So let’s hope that tweets, photos, films and videos continue to pour out of both Russia and Ukraine in the coming weeks, along with enough crowdsourcing to determine their accuracy. And let’s also hope that the internet keeps working, even amid cyber hacks. It truly is a modern miracle.

This article has been amended since publication to reflect the fact that Alexei Navalny was poisoned in 2020, not last year

Health charities urge PM not to cave in on obesity action

Overview of the proposed data...

A navigation system with 10 centimeter accuracy

Illustration of the hybrid optical-wireless...

Graphic of the new types...