With help from Cristiano Lima

— Seeking alternatives: Frustrations with broadband access are driving communities to push for municipal and nonprofit options.

HAPPY THURSDAY! MORNING TECH IS HERE FOR YOU. I’m your host, Benjamin Din. Fun fact: When I was in college, I taught myself how to code. I mostly do front-end stuff (tell me your deepest secrets on my website) but sometimes dabble in scrapers. As an avid Stack Overflow user, I think Prosus’ $1.8 billion acquisition of the online community is worth every penny.

A message from TSMC:

TSMC – Unleashing Innovation in the New Normal
TSMC is unveiling its latest innovations in advanced logic technologies, specialty technologies, and TSMC-3DFabric™ technologies at the TSMC 2021 Online Technology Symposium. Over 5,000 guests have registered for the Symposium, as TSMC continues to explore innovations that capture opportunities brought by digitalization. TSMC commits to working with industry innovators to push the computation efficiency envelope, to bring the leading semiconductor process technology to the United States.

THE LATEST CHAPTER IN THE TRUMP-FACEBOOK SAGA — Facebook is expected to respond by Friday to the policy recommendations issued by its oversight board as part of its ruling on Trump’s indefinite suspension.

— Why it’s a big deal: The extent to which Facebook implements the board’s proposed changes could have major implications for political leaders and users around the world — yes, including Trump. “It’s the part where we really find out whether Facebook is taking this experiment seriously and actually going to use it to improve its systems, or whether it’s just going to say, ‘ah, noted, thank you,’” Evelyn Douek, a Harvard Law School lecturer, told MT.

Here’s what to watch for as the tech giant unveils its next steps:

— How will Facebook review Trump’s case? While the oversight board upheld Trump’s suspension, it criticized Facebook for issuing an “arbitrary” and indefinite punishment and ordered the company to revisit the decision within six months. Facebook’s required response could shed light on whether it plans to stick to that timeline, as well as how the company may go about reviewing Trump’s suspension — again, again.

— Will politicians and other powerful figures still be treated differently? Facebook for years has said it may hold posts by global leaders to a different standard if their remarks are deemed too newsworthy to take down or restrict. But the board sharply criticized the vague and uneven implementation of this rule, stressing that “considerations of newsworthiness should not take priority when urgent action is needed to prevent significant harm.” Whether or not Facebook tweaks those policies will shape its future interactions with politicians.

— Will Facebook commit to reviewing its role in post-election violence? Facebook is facing mounting pressure from the oversight board and allies of President Joe Biden to launch a review of whether it contributed to the spread of election fraud claims ahead of the Jan. 6 Capitol riot, as Cristiano reported Tuesday. A spokesperson confirmed this week that Facebook will respond to that recommendation as part of its reply to the board, but we’ll be interested to see whether the company commits to an internal review or the oft-requested independent audit.

ADVOCACY GROUP WANTS NYC TO BAN FACIAL RECOGNITION TOOLS — Amnesty International is calling on New York City to ban city agencies from using facial recognition technology, after it says it found that the NYPD has access to more than 15,000 cameras in Manhattan, the Bronx and Brooklyn, which it can use to track people using facial recognition software.

In a statement released today, the group said this technology can amplify racially discriminatory policing and threaten the rights to freedom of peaceful assembly and privacy. The NYPD maintained that its use of facial recognition does not “run in the background” and is “limited” to comparing still images from surveillance photos to mugshots. “No enforcement action is ever taken solely on the basis of a facial recognition match,” Sgt. Jessica McRorie, an NYPD spokesperson, said in a statement.

— Demanding change: This is the latest facet of a widening push to enact policies on the local and state levels to target facial recognition technology, as hopes for a federal privacy law in Congress have stalled in recent months. (ICYMI, Alex looked into those efforts earlier this week, and they’re not looking good.)

Major cities like San Francisco, Boston, Minneapolis and Portland, Ore., have instituted bans, as well as state lawmakers in Vermont and Virginia. And on Tuesday, King County in Washington state became the first county to ban government use of facial recognition software. Tech players also have signed on: Microsoft and Amazon have implemented moratoriums on selling facial recognition tech to law enforcement, while IBM has eschewed it entirely.

— Growing calls: More than 40 organizations are reupping a call for a national ban or moratorium on law enforcement use of facial recognition software, writing in a policy brief this morning that officials “must act to protect the public from this dangerous technology now.” The groups, led by New America’s Open Technology Institute, the Leadership Conference on Civil and Human Rights and Upturn, said any federal policy should not preempt state or local ones.

THE PUSH FOR MUNICIPAL BROADBAND — The Biden administration wants to spend $100 billion over the next eight years to make sure every American household has access to high-speed internet. But it’s not just a matter of spending large amounts of money: The government doesn’t know where those dead zones are.

— Case in point: Adams County, Penn. According to the FCC’s broadband maps, every household in the county has at least one home internet option, John reports for Recovery Lab. And federal data suggests only about 6 percent of residents lack access to at-home broadband. But other estimates belie these optimistic figures.

“Many people assume that America’s broadband problem is focused on far flung areas, like remote stretches of Western deserts or the deep recesses of forests,” John writes. “But in fact, the problem is also acute in areas like Adams County, which has medium-sized cities like Gettysburg which are not very far from suburbs of cities like Philadelphia and Baltimore. The market just hasn’t generated the right incentives for internet providers to serve all potential customers in areas like Adams.”

— Where does that discrepancy come from? The FCC’s maps of broadband coverage are partly to blame. On Tuesday, the agency began looking for a contractor to assemble data for a more accurate map of broadband speeds in the U.S. But those maps might not be ready until late this year or early 2022, John reported for Pros. That could have major implications thanks to a law enacted last year, which prevents the FCC from distributing new money for expanding broadband until it gets more accurate data.

— Calling for an alternative: Adam County’s residents are frustrated, and they want a nonprofit solution, something Biden has prioritized in his infrastructure plan. Major telecom companies are opposed to any White House-backed effort, which could be complicated by state laws. Yet community campaigns are continuing to pop up across the country to push for municipal broadband.

Eric Lander was sworn in Wednesday morning as director of the White House Office of Science and Technology Policy by Vice President Kamala Harris. Per the White House, Lander took his oath on a 500-year-old, 13-page fragment of a Jewish text printed in Naples.

Linda Lourie joins OSTP as assistant director for research and technology security. … Harry Clapsis is now director of government affairs at Ampere Computing. He previously was a manager of government affairs at the Semiconductor Industry Association. … Oriana Piña is joining AT&T to manage PR and comms for the diversity, equity and inclusion department. She most recently was director of Hispanic media for Senate Majority Leader Chuck Schumer. … Dave Scott, a top manager on Apple’s self-driving car project, left the team last month to be CEO of Hyperfine. It’s the team’s third major departure in recent months, Bloomberg reports.

Perkins Coie is launching its Black Boardroom Initiative, aimed at increasing the representation of Black executives on corporate boards. The effort is backed by Amazon, Microsoft and Starbucks, and will initially focus on Washington state. 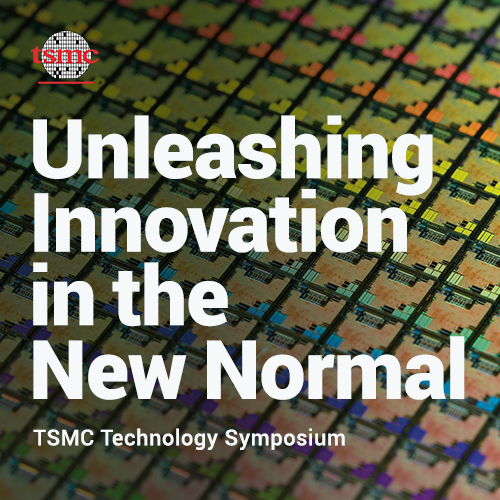 Bye-bye, bloggy: The inside story on Trump’s short-lived blog, from Meridith McGraw and Tina Nguyen.

Art of the deal: Biden wants to strike an agreement that would lay the groundwork for a new transatlantic data transfer deal, Mark Scott reports.

Well connected: A mini profile of Tom Sullivan, formerly of Amazon and now at the State Department, from our pals at West Wing Playbook.

ICYMI: A group of Senate Democrats led by Cory Booker of New Jersey wants Google to carry out a racial equity audit on whether its products contribute to discrimination, Cristiano reports.

Immigration update: Reps. Zoe Lofgren (D-Calif.) and John Curtis (R-Utah) introduced legislation that would do away with green card country caps and reform the H-1B visa program, via Protocol. Facebook, Google and Microsoft are fans.

Weigh in, please: The Anti-Defamation League wants Facebook’s oversight board “to take action to ensure Facebook does not continue to propagate antisemitism,” it wrote in a letter.

The free-market perspective: In a white paper released today, the International Center for Law and Economics argues that policies to close the digital divide should reach consumers where they are and not disrupt the broadband market.

A message from TSMC:

TSMC pioneered the pure-play foundry business model when it was founded in 1987, and has been the world’s leading dedicated semiconductor foundry ever since. TSMC supports a thriving ecosystem of global customers and partners with the industry’s leading process technologies and portfolio of design enablement solutions to unleash innovation for the global semiconductor industry. With global operations spanning Asia, Europe, and North America, TSMC serves as a committed corporate citizen around the world.

In 2020, we deployed over 280 technologies to cover over 11,000 products from more than 500 customers around the world by providing broadest range of advanced, specialty and advanced packaging technology services. TSMC is the first foundry to provide 5-nanometer production capabilities, the most advanced semiconductor process technology available in the world. The Company is also building a 5nm production facility in Phoenix, Arizona which will be the most advanced fab on U.S. soil when production begins. Learn more.