Incredible photos reveal the most bizarre buildings you’ll ever see 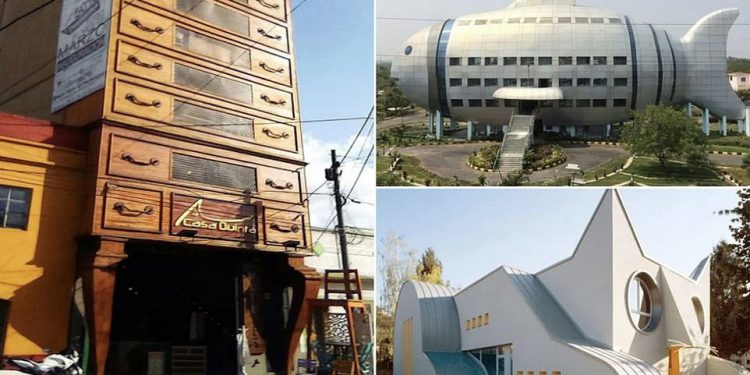 
Really grand designs! Incredible photos reveal some of the most bizarre buildings you’ll ever see – from a cat-shaped kindergarten to an office block that looks like a fish 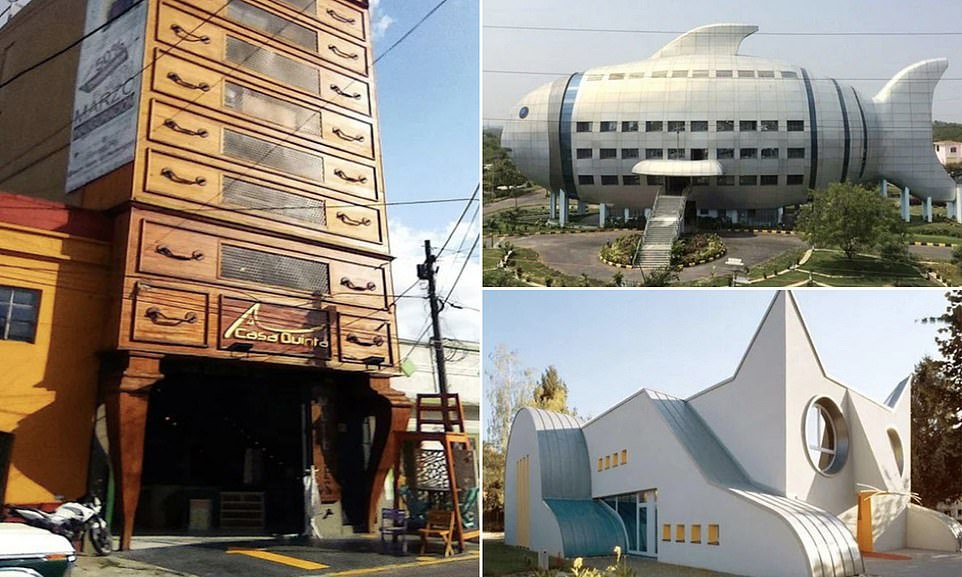 When it comes to architecture, the variety of buildings we see on our streets is what makes the world such a rich and interesting place – but some are definitely more unusual than others. Amazing images, taken by people from around the world and collated into a gallery by Bored Panda reveal some of the most bizarre constructions you’ll ever see. 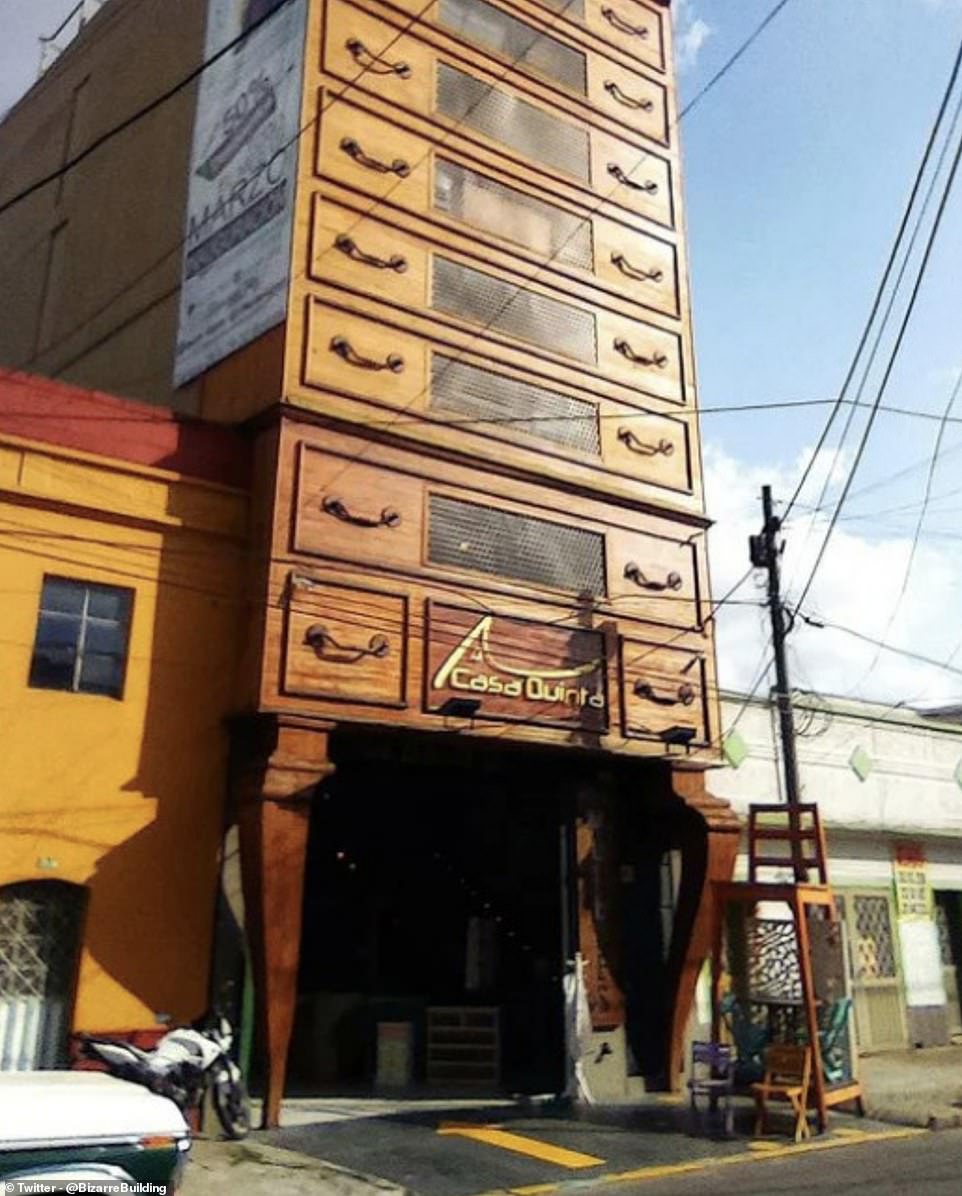 It may look like a giant chest of drawers, but this amazing creation in Bogota, Colombia, is actually a furniture shop. 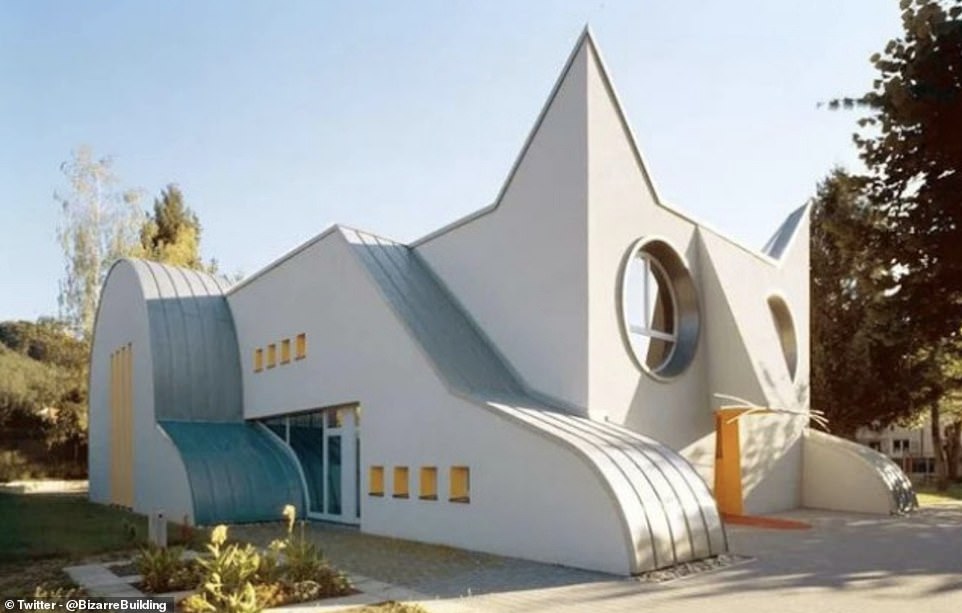 Feline like learning! Going to school every day would have been way more fun if they were all shaped like cats, like this kindergarten in Germany. 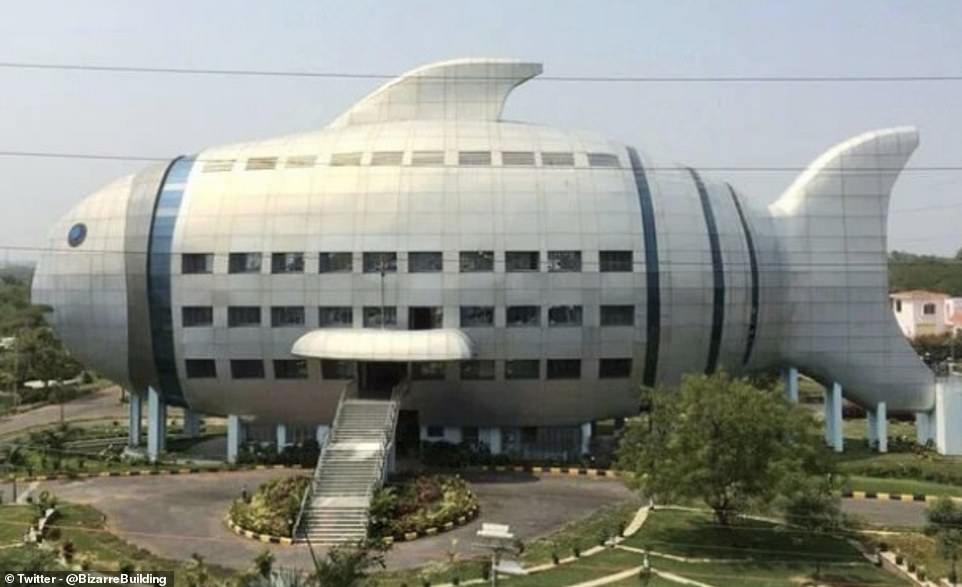 Fishy business! Whoever designed The National Fisheries Development Board in Hyderabad, India, obviously wanted to keep the structure on brand. 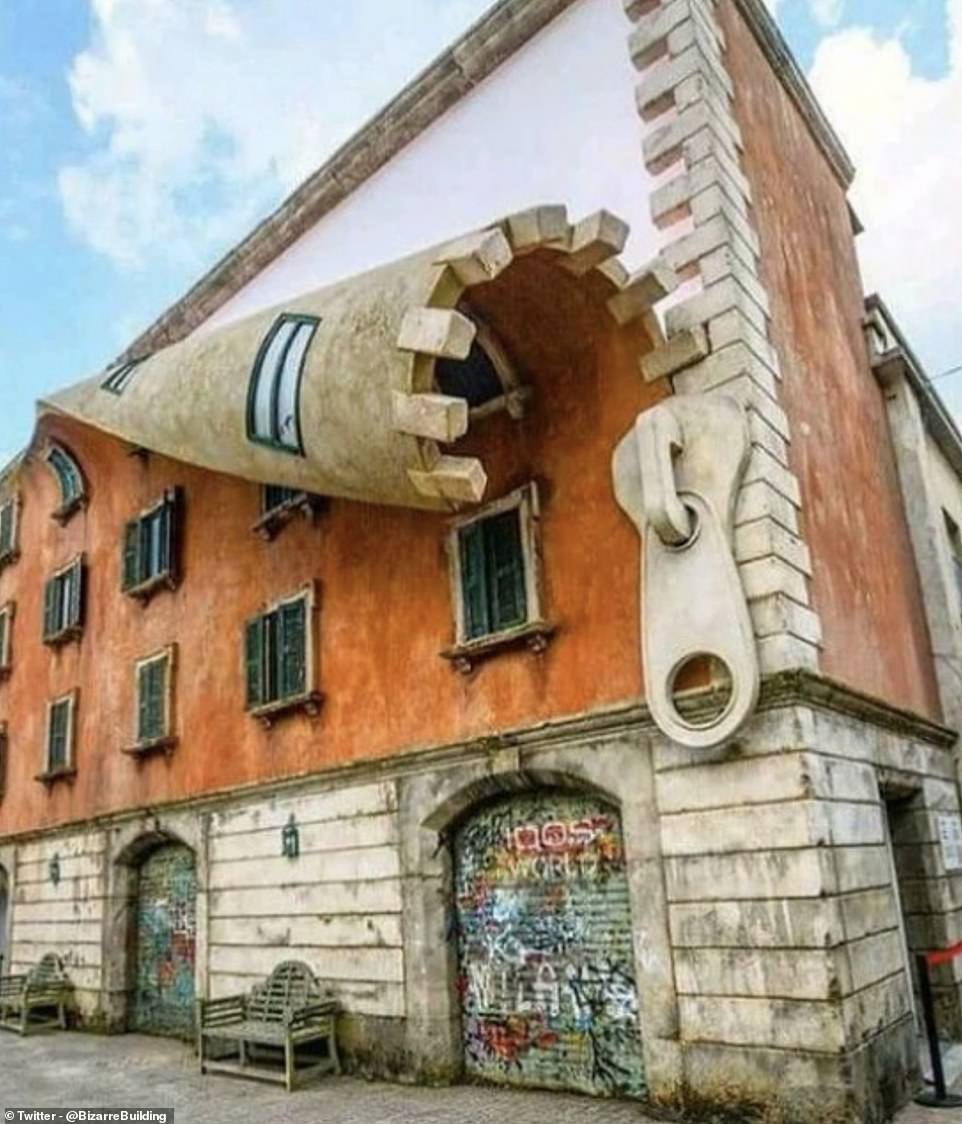 The zipper on the side of a classic building in Milan was actually created as an art installation and advertisement by British artist Alex Chinneck for the city’s fashion week in 2019. 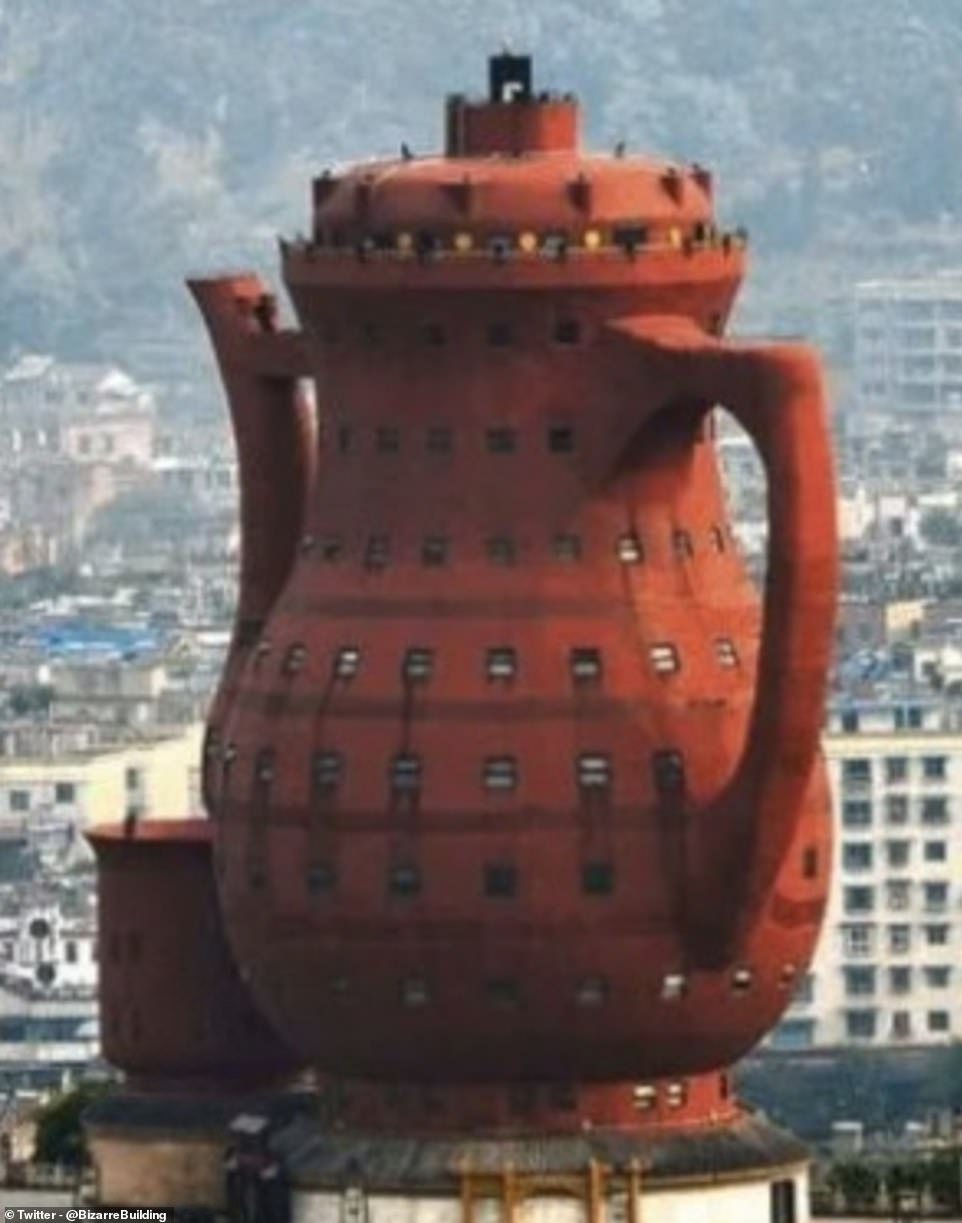 Fancy popping in for a cuppa? If you’re going to build a tea museum, what better building to house it in, than one shaped like a giant teapot, like the Meitan Tea Museum in Guizhou, China. 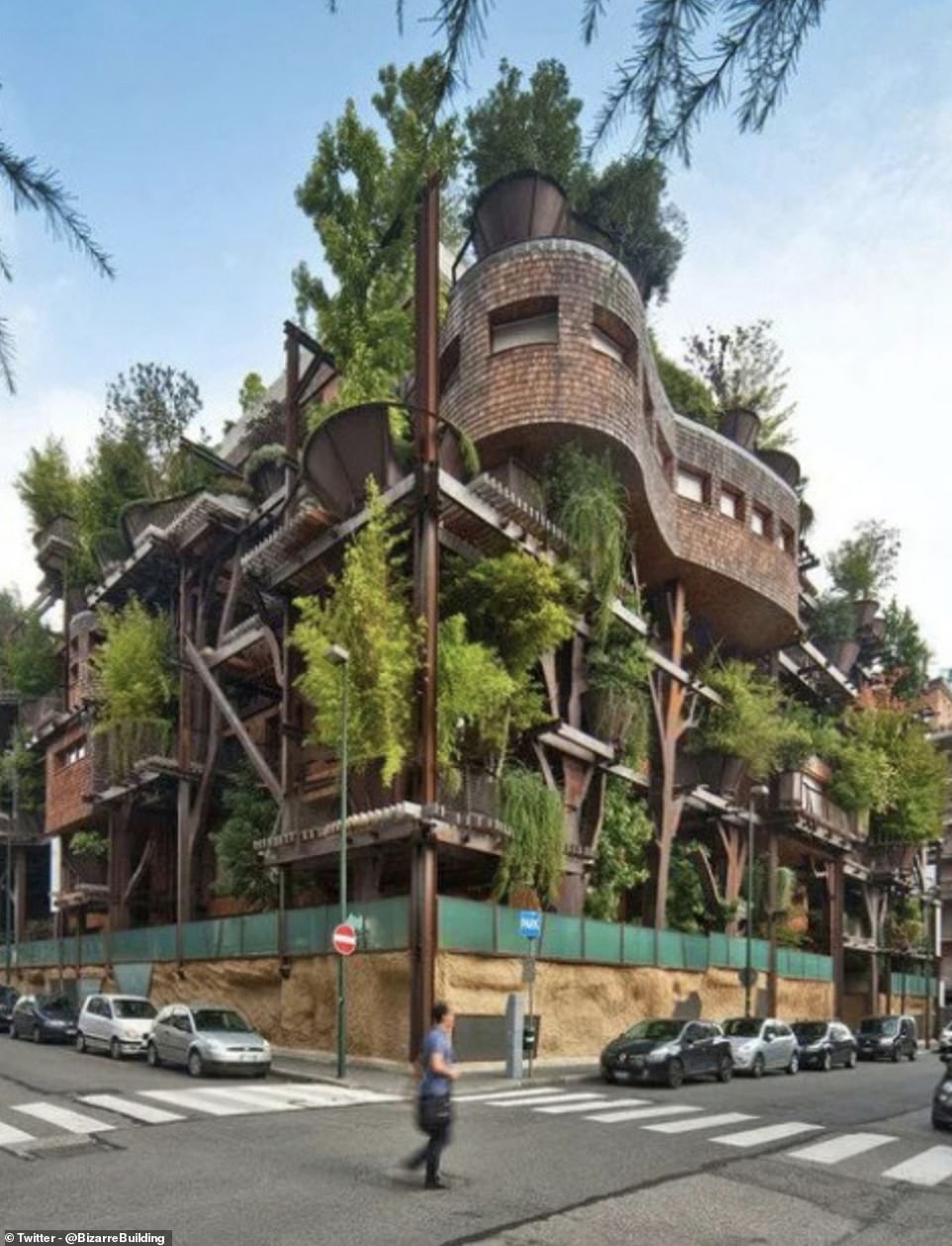 The residents of this apartment block in Turin get to enjoy nature on their very own doorsteps, with 150 trees growing inside the building. 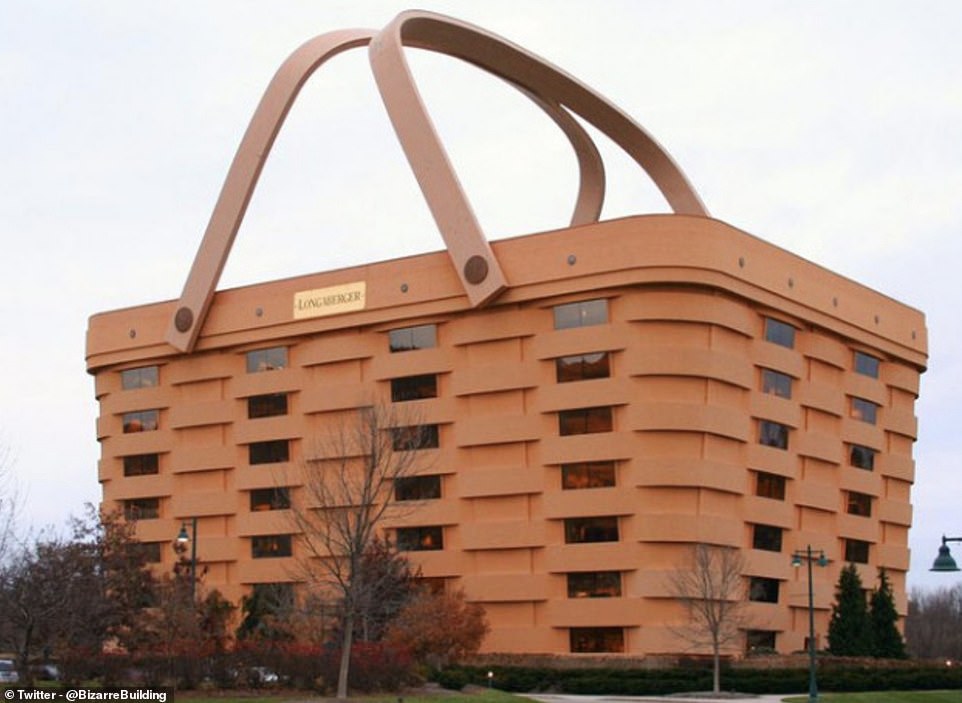 Known as the ‘basket building’, this bizarre structure in Newark, Ohio, was originally built as the home of lifestyle and basket brand the Longaberger Company back in 1997. 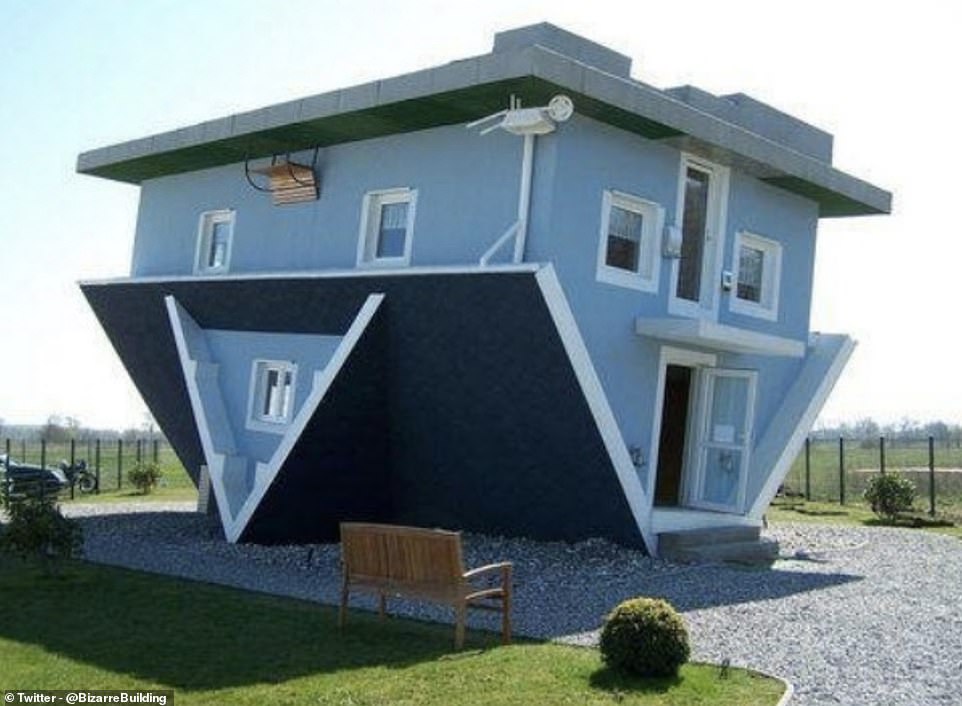 The Upside-Down House of Trassenheide, was the first of its kind in Germany. It wasn’t the last though, and there are now several more of the arty projects  in the country. 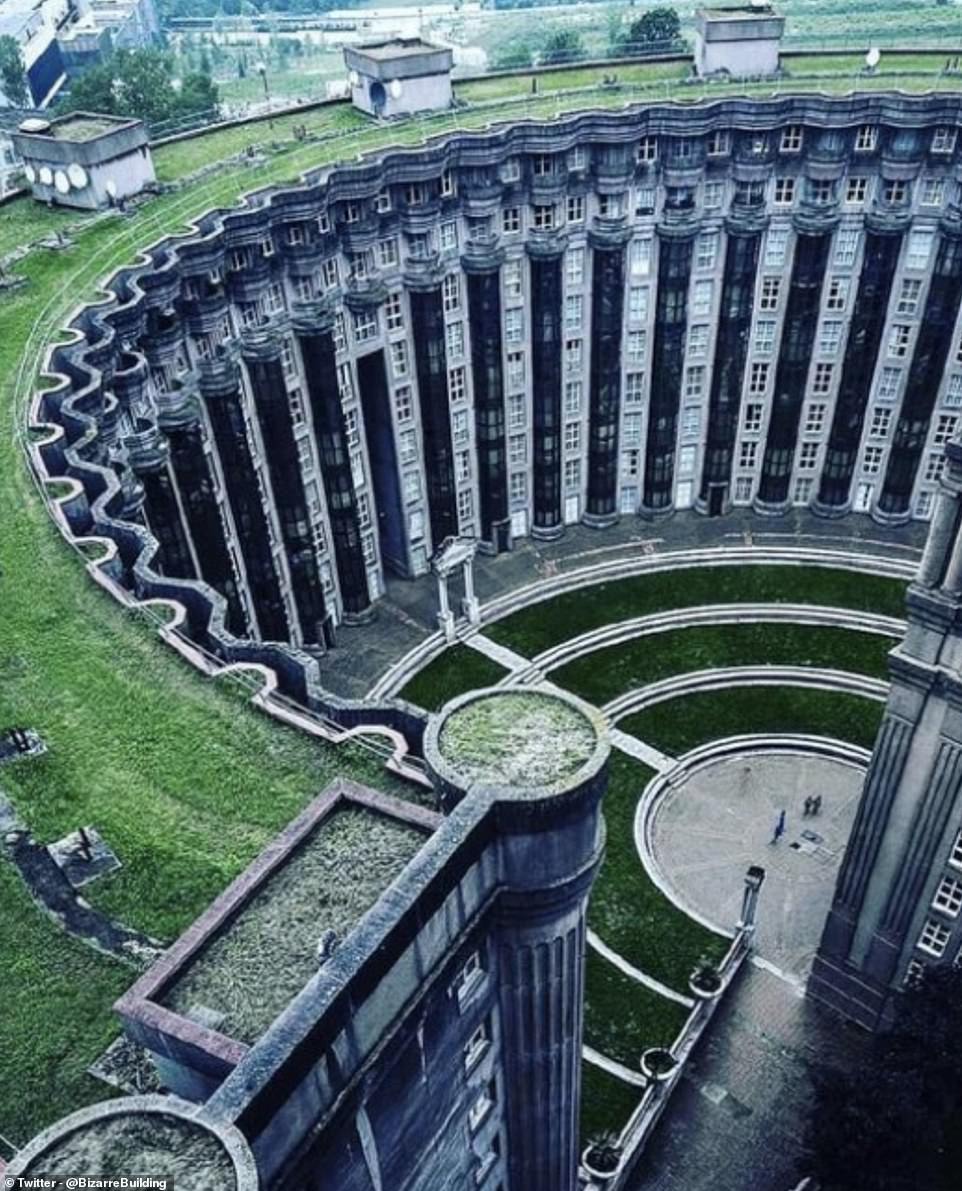 Created by a renowned architect, Les Espaces d’Abraxas in France, was designed in 1978, and comprises a large complex with almost 600 apartments. 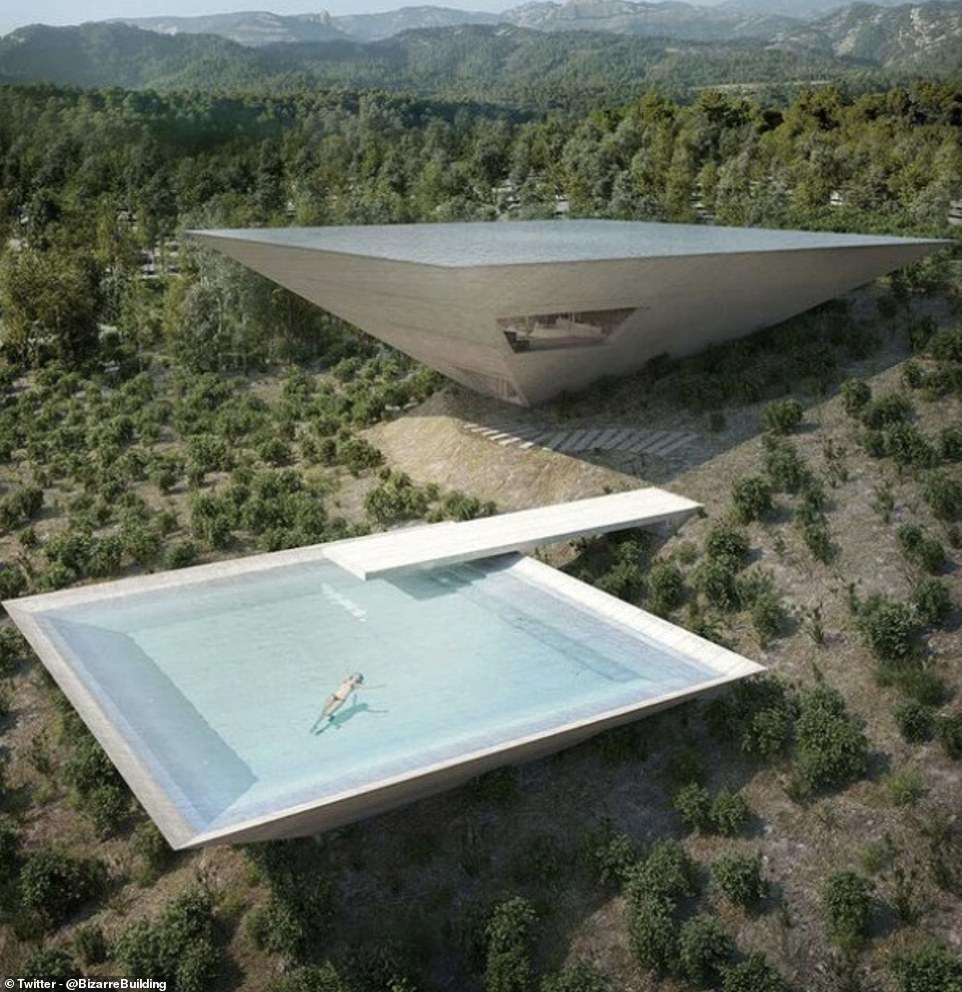 Classic architecture with a twist, these pyramids in Spain have been artfully and carefully constructed, so they are upside down. 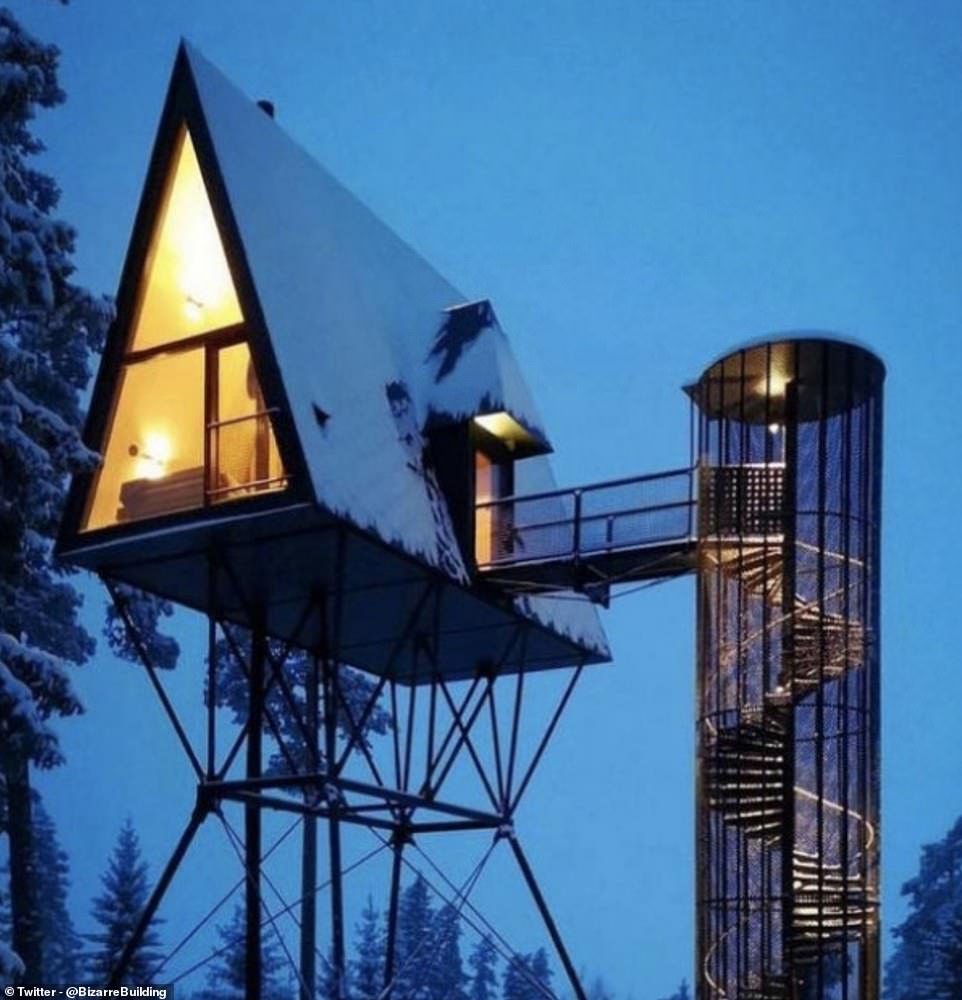 This modern cabin-style dwelling in Norway makes the most of the natural landscape, juxtaposing it with this impressive glass-encased stairway. 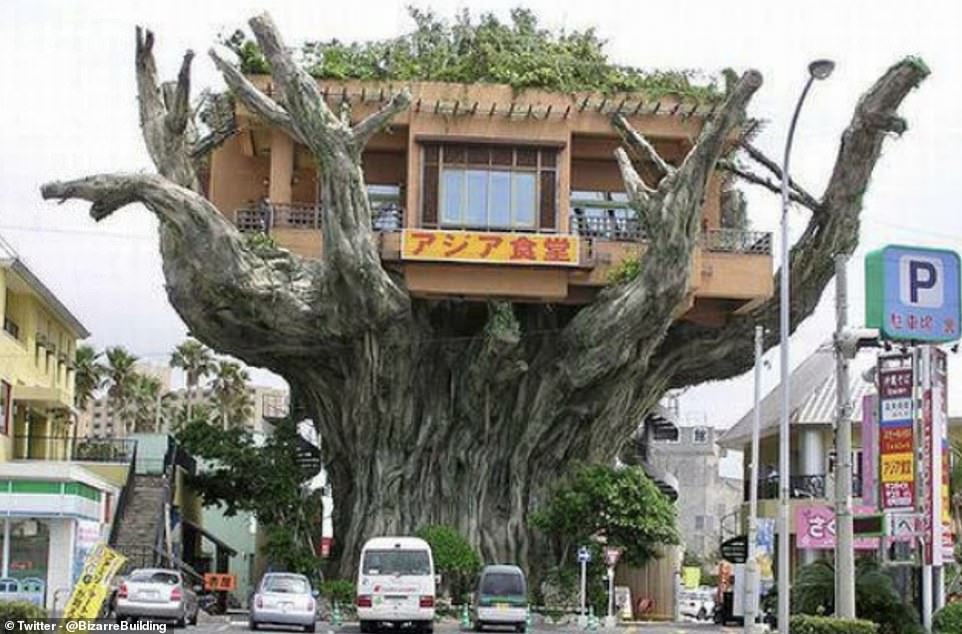 The treehouse restaurant in Okinawa, which has now reportedly been demolished, was a popular sight in the city, thanks to its unusual design.

GoodRx Stock is a Potential Buy the Dip Opportunity 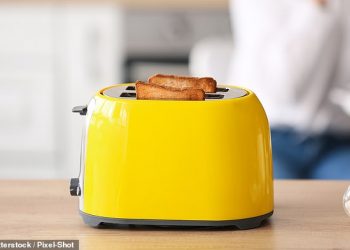 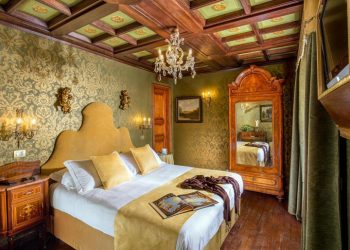 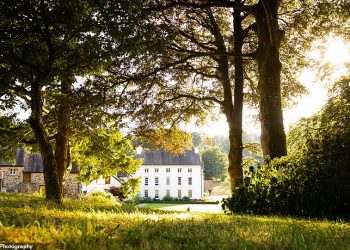 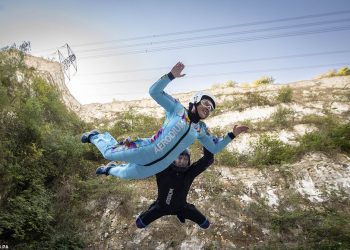 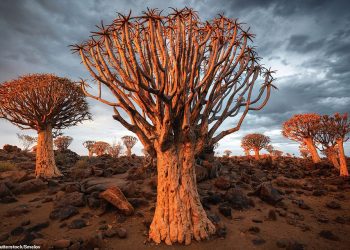