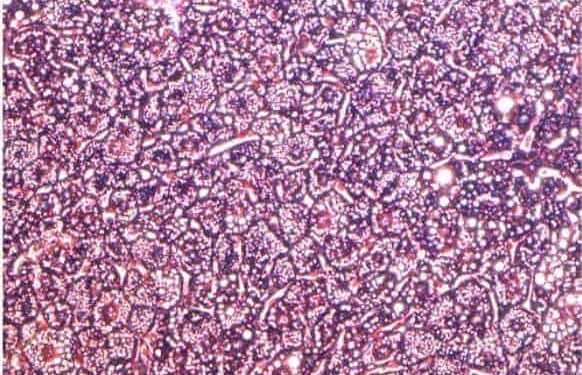 
A potential link between inflammation and the structure of specific regions of the brain has been identified by researchers at the University of Birmingham.

The study, published today (30 March 2022) in JAMA Psychiatry, may be particularly relevant for neurodevelopmental psychiatric disorders including autism spectrum and schizophrenia.

Researchers say the findings could open up a completely new target for the pharmacological treatment of these disorders, which has not significantly changed since the identification of antipsychotic medications in the mid-late 20th century.

The research was carried out by a team based in the University’s Institute for Mental Health and Institute of Cancer and Genomic Sciences, with collaborators from the University of Cambridge, Manchester and Bristol. It showed that genes associated with inflammation, particularly interleukin (IL) 6, are linked to a reduction in grey matter volume in certain areas of the brain known to be implicated in neuropsychiatric disorders.

Using records from the UK Biobank, a large-scale biomedical database, the team was able to compare genetic variants which affect levels of IL-6, and other inflammatory genes in more than 20,000 patients with changes in grey matter volume in specific areas of the brain.

They were able to show strong links between IL-6 and brain structure particularly in the temporal and frontal regions. Further analysis using the Allen Human Brain Atlas, showed that genes overexpressed in these areas are associated with conditions such as epilepsy, cognitive disfunction, and schizophrenia.

Professor Rachel Upthegrove, in the University’s Institute for Mental Health, is senior author on the paper. She said: “This study shows that the IL-6 gene, which we know to be linked to systemic inflammation, also affects brain structure in areas associated with these neuropsychiatric disorders. Understanding these links offers an exciting opportunity to explore new treatments which target IL-6. This could be the first new target for severe mental illnesses including schizophrenia identified in more than 60 years.”

Dr John Williams, of the Institute for Cancer and Genomic Sciences at the University, a first author on the paper, said: “Current treatments for these illnesses act on dopamine, a chemical messenger in the brain associated with mood and attention. These drugs can have side effects, however, and they are not effective in all patients.

“There are drugs already on the market which target inflammation as well as the opportunity to screen potential new compounds. Finding a new avenue for exploring the links between inflammation, brain structure and neuropsychiatric disorders is really exciting.”

The work is part of the PIMS (Psychosis Immune Mechanism Stratified Medicine Study) programme, led by the University of Birmingham and set up to investigate the links between inflammation and psychosis. In the next phase of the research, the group will carry out experimental studies to knock out IL-6, as well as replicating the Biobank research in more diverse patient cohorts.