Inflation And The End Of Illusions 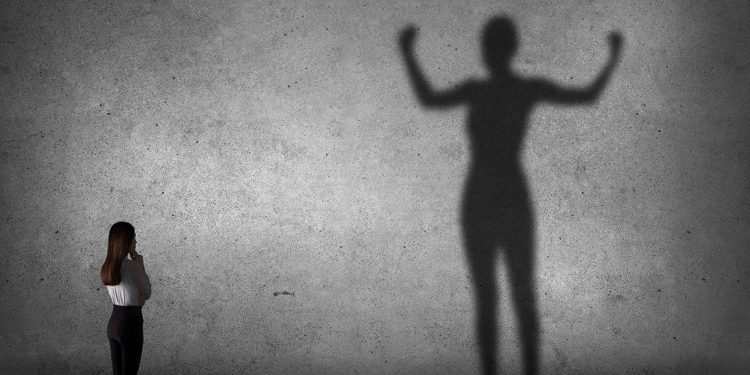 
Inflation’s return marks a tipping point. Demand has hit the brick wall of supply. Our economies are now producing all that they can. Moreover, this inflation is clearly rooted in excessively expansive fiscal policies. While supply shocks can raise the price of one thing relative to others, they do not raise all prices and wages together.

A lot of wishful thinking will have to be abandoned, starting with the idea that governments can borrow or print as much money as they need to spray at every problem. Government spending must now come from current tax revenues or from credible future tax revenues, to support non-inflationary borrowing.

Stimulus spending for its own sake is over. Governments must start spending wisely. Spending to “create jobs” is nonsense when there is a widespread labor shortage.

Unfortunately, many governments are responding to inflation by borrowing or printing even more money to subsidize energy, housing, childcare, and other costs, or to hand out more money to cushion the blow from inflation – for example, by forgiving student loans. These policies will lead to even more inflation.

Expanded social programs and transfers must be funded from stable long-run tax revenues, from taxes that do not impose undue costs on the economy. These facts will make it much more difficult for policymakers to continue ignoring budgets and the disincentives that are embedded in many social programs.

The bailout bandwagon will end. The 2008 financial crisis was met with a torrent of borrowed and printed money to stimulate the economy and bail out banks and their creditors. The COVID-19 recession was met with a tidal wave. Once again, government money went to bail out creditors, prop up asset prices, and provide more stimulus.

Given these precedents, our financial system now firmly trusts that the government will borrow or print money in the event of any future crisis. But once fiscal space has run out and given way to inflation, the government’s ability to stop the next crisis may evaporate. When people no longer have confidence that the borrowed money will be repaid, or that the printed money will be soaked up again, they will not lend more. Today’s small (so far) inflation is a taste of this fundamental change.

The “secular stagnation” debate is settled. Since 2000, long-term growth has fallen by half, representing one of the great unsung economic tragedies of the twenty-first century. After rising by an average of 3.6% per year between 1947 and 2000, US real (inflation-adjusted) GDP growth has since averaged just 1.8% per year.

Was this sclerosis a case of demand-side “secular stagnation” that, given persistently low-interest rates, had to be addressed with oodles of “fiscal stimulus?” Or did it follow from a reduction in supply owing to the corrosive effects of protected and over-regulated industries, or to deeper problems such as the erosion of educational performance or a lack of innovation?

We now know that it was supply, and that more stimulus will bring only more inflation. If we want growth – to reduce poverty; to pay for health, environmental protection, and transfers; or for its own sake – it will have to come from unleashing supply. Tariffs, industrial protections, labor-market distortions, restrictions on skilled immigration, and other supply-constraining policies have direct costs that cannot be offset by printing more money.

The return of inflation and Russia’s war in Ukraine signal the end of stupendously counterproductive energy and climate policies. Our governments have been pursuing a dangerously myopic strategy of shutting down US and European fossil-fuel development before alternatives are available at scale, strangling nuclear energy, and subsidizing grossly inefficient (and often carbon-intensive) projects such as California’s high-speed train to nowhere.

The folly of this approach is now plain to see. After blocking the Keystone XL Pipeline and limiting oil and gas exploration, US President Joe Biden’s administration has now gone begging to Venezuela and Iran to make up for a shortfall in energy supply. Similarly, although cracks have appeared, the Germans still can’t bring themselves to allow nuclear power or fracking for natural gas. Efforts to strangle domestic fossil-fuel companies via financial regulation continue unabated. For example, on March 21, just as Russia’s attack on Ukraine was driving gas prices sharply higher, the US Securities and Exchange Commission decided to announce expansive new climate-related disclosure rules designed to discourage fossil-fuel investment.

For years, climate regulators have repeated the mantra that fossil-fuel companies would soon be bankrupt – stuck holding “stranded assets” – because of such regulation, and that this justified measures to force banks to stop lending to them. But reality must now remind everyone of a lesson from Economics 101: when supply is restricted, price (and profits) go up, not down. Those who have been insisting that climate change is the greatest risk to civilization, or to financial markets, surely must now acknowledge that there are other more likely near-term threats, such as pestilence, military aggression, and now possibly even nuclear war.

Yet the spin continues. One still hears that inflation comes from vulnerable supply chains, nefarious price gouging, profiteering, monopoly, and greed. The Biden administration’s latest effort to brand inflation “Putin’s Price Hike” is both comically inept and patently false. Inflation is widespread and has been surging for a year, while Russian President Vladimir Putin wants nothing more than to sell us lots of oil to finance his military. Such spin trivializes a war that is a fight for the soul of Europe and for the security of the world; it is not about Americans’ inconvenience at the gas pump.

The era of wishful thinking is over. Those who come to grips with that fact now will look a lot less foolish in the future.