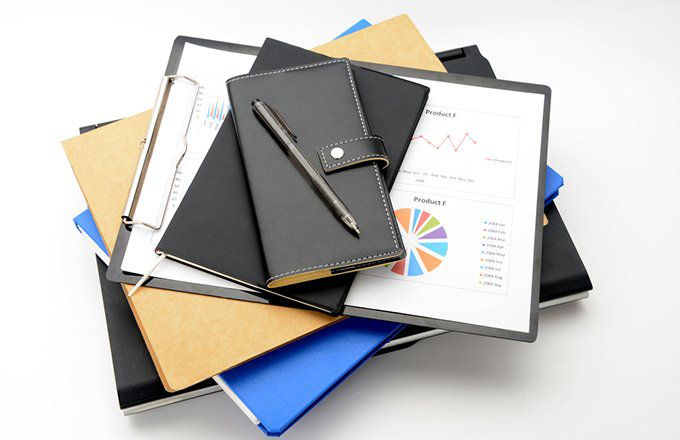 Inherited individual retirement accounts (IRAs) have long been a method to allow non-spousal beneficiaries to inherit an IRA account and let the account continue to grow on a tax-deferred basis over time. Rules surrounding IRAs and 401(ks) have changed throughout the years.

In 2007, the rules were changed to allow non-spousal beneficiaries of 401(k) and other defined-contribution retirement plans to treat these accounts similarly. And on Dec. 20, 2019, the Setting Every Community Up for Retirement Enhancement (SECURE) Act was signed into law as part of two year-end spending bills, eliminating the rules that had permitted the stretch IRA strategy for sheltering distributions from IRA accounts for any non-spouse who inherits a retirement account from someone who died after Dec. 31, 2019.

On March 29, 2022, the U.S. House of Representatives approved a bipartisan bill entitled Securing a Strong Retirement with a vote of 414 to five. This bill introduced expanded changes to defined contribution retirement plans, such as 401(k)s. As of April 2022, the bill has not passed the U.S. Senate, but the bill stresses the expansion of automatic enrollment in employer-provided retirement plans, including other measures, to help Americans access retirement accounts.

Receipt of Roth IRA monies does not incur a tax bill but does remove those funds from further tax-sheltered growth in a Roth account. Now, non-spousal beneficiaries have to take distributions from the total account within 10 years of the original account holder’s death. If that account is a traditional IRA, they owe taxes on each distribution at their current income tax rate.

It is important that IRA account holders who want to leave their accounts to non-spousal beneficiaries work with a custodian that understands the complex rules surrounding these accounts. With most significant custodians, this shouldn’t be an issue. It is also essential that the account beneficiaries become aware of their changed options to minimize the tax impact as much as possible. Working with a knowledgeable financial advisor is a good idea in these situations.

Some plans will allow non-spousal beneficiaries to leave the balance in the plan and take RMDs over the beneficiary’s lifetime (this will likely change because of the SECURE Act’s IRA time limits). Or they may permit the beneficiary to leave the money in the plan for up to five years, by which time they must either take distributions or roll the funds into an inherited IRA account.

It is important to note that this rule did not make the ability to do this a mandatory option for retirement plans to offer. The plan sponsor needs to amend its plan document to allow for these distributions. If this is something you are considering for your heirs, you would be wise to check with your company’s benefits department to confirm that it is an option and how to complete the beneficiary designation form. If it is not offered, you should ask your company to amend the plan accordingly, which is neither costly nor difficult.

The rules governing RMDs for inherited IRAs or inherited 401(k)s used to hinge upon the age of the original account holder at the time of death. If the account holder had not reached the age at which they had to start taking RMDs, then the non-spouse beneficiary had two choices (in addition to cashing out the account immediately, of course).

A 2015 rule change says the creditor protection previously afforded an inherited IRA was ruled void by the U.S. Supreme Court. Inherited IRA accounts cannot be blended with your other IRA accounts, though the beneficiary can name their beneficiaries.

Now, under the SECURE Act, these distributions must empty the entire account within 10 years of the original account holder’s death. This new law doesn’t explicitly distinguish between IRAs whose account holders were already taking RMDs and those who weren’t, so it seems likely that the new 10-year rule applies to both; however, beneficiaries should check with a tax advisor. Some exceptions to the rule exist, too.

Unlike with a traditional IRA account, custodians may or may not provide notification as to the required distribution amount. It’s incumbent upon beneficiaries to stay on top of this, as the penalties associated with not taking the distribution are stiff.

The SECURE Act’s distribute-within-a-decade rule applies only to IRAs whose original owners died after Dec. 31, 2019; IRAs inherited before that are legacied, and the old stretch rules continue to apply. Note that beneficiaries of IRAs from account holders deceased prior to Dec. 31, 2019, are still eligible for the “stretch” option for taking distributions.

As mentioned above, the Supreme Court ruled that inherited IRA accounts do not offer the same protection from creditors in the event of bankruptcy, a lawsuit, or other situations as do regular IRA, 401(k), and other retirement accounts. If you foresee this as an issue for your heirs, this might not be the route to go with your IRA or 401(k) account. Other estate planning vehicles, such as a trust, might be in order. Consult your financial advisor or estate planning professional.

As also mentioned above, the non-spouse beneficiaries of inherited IRAs and 401(k)s cannot blend these account balances with their own IRA or 401(k). Depending upon the circumstances, they may be able to commingle inherited account balances.

If they inherited more than one IRA or 401(k) from the same person, they might be able to combine account balances of the same type. For example, they could combine two inherited traditional IRA accounts into one. Again, this is complex stuff, so make sure that the custodian understands what is being done and that you consult with a qualified financial or tax advisor.

What Is an Inherited IRA?

Inherited IRAs (investment retirement accounts) are a form of investment account set up with funds you inherit when an IRA owner passes away. They are tax-deferred vehicles designed to save for retirement.

The Secure Act changes the rules around the non-spouse inheritance of 401(k). Under the new law, the non-spouse beneficiaries must take total payouts within 10 years of inheriting the account. If they are minors, the 10-year rule starts when they become of age. Any withdrawals from the account are taxed as income.

How Do I Avoid Paying Taxes on an Inherited IRA?

If you inherit an IRA and you are not the spouse of the deceased, you can roll it over into an inherited IRA to avoid paying taxes on it, immediately. If you take out money from the IRA, you will be taxed on that amount.

Inherited IRAs and 401(k)s can be a great vehicle for passing assets from these accounts to non-spousal beneficiaries, but the rules surrounding them are complex and subject to mistakes by beneficiaries, custodians, and plan sponsors. What’s more, the tax rules have significantly changed, and previous plans may no longer represent the best course to take.

If you are looking to leave your IRA or 401(k) to non-spousal beneficiaries, make sure to deal with a knowledgeable custodian and engage the services of a financial advisor who understands these complex rules in order to avoid costly errors. Mistakes can result in unwanted tax bills for your heirs.