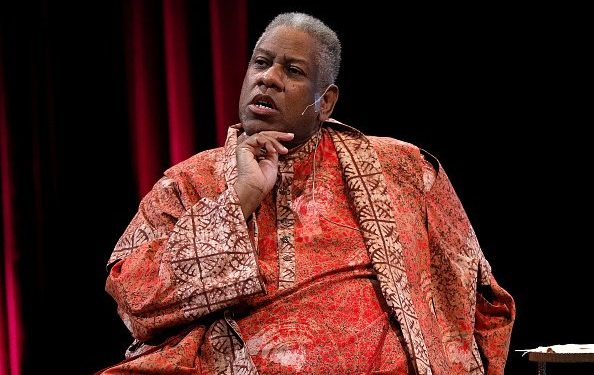 
Fashion icon André Leon Talley, who served as Vogue’s creative director and editor-in-large, has died at the age of 73.

Amid the devastating news, we take a look into his friendship and work relationship with Vogue editor-in-chief Anna Wintour, which he opened up about in his 2020 memoir The Chiffon Trenches: A Memoir.

André Leon Talley has died at 73. His death was confirmed by his literary agent, David Vigliano.

At the time of writing this, his cause of death is unknown, but TMZ has reported that he passed away on Tuesday (January 18th) at a hospital in White Plains, New York.

Emotional tributes have poured out to André, with actress Octavia Spencer mourning his death on Twitter and writing: “My thoughts and prayers are with his loved ones.”

Designer Diane von Furstenberg paid a touching tribute which said: “Goodbye darling André … no one saw the world in a more glamorous way than you did. No one was grander and more soulful than you were.”

Actress Viola Davis posted picture of herself and André, followed by the caption: “Rest well King.”

André was appointed Vogue’s fashion news director in 1983 before he was promoted to a creative director in 1988. He was the first African-American to receive this role at the magazine.

Speaking previously to People about his relationship with Anna, he said: “Ms. Wintour and I made waves. She was always my biggest supporter. She was very inspiring, and she is inspiring. Going to work every day was amazing. Everything about it was amazing.”

But their close friendship faced troubles after a YouTuber took over André’s red carpet interviews at the 2018 Met Gala.

In an interview with The Guardian about his 2020 memoir The Chiffon Trenches: A Memoir, André revealed how he felt the moment he found out he was replaced, explaining: “I took the call in my stride, but it was a terrible way to find out.

“What truly perplexed me was that the previous year, Anna had loved my interviews. She told me they were “great”, which I distinctly remember because she rarely complimented me.”

However, the fashion director insisted that he didn’t see himself as “the victim” and continued: “You might think I see myself as the victim. I do not. When we began our united trajectories at Vogue, Anna treated me with respect and the concern of a friend. I’ve shared the great moments of her rise to becoming the most powerful woman in fashion.”

André insisted his memoir was a “love letter” to Anna

Speaking on CBS This Morning, André said that their friendship had hit “an iceberg” but explained that his memoir was a “love letter” to Anna.

He said: “And so this is a painful thing for me, but it is a love letter about the joys as well as the lows of my life. And the joys of my life have been with Anna Wintour. But this book will help unpeel the onion about her. This is about is a Black man’s experience in a very insulated world.”

Meanwhile, a source close to Anna previously told PEOPLE: “Anna considered André a friend for over 30 years and naturally was saddened by the way he chose to portray many aspects of their friendship, but he is of course entitled to tell it as he remembers it. She wishes him the best.”

In other news, Why fans think Kris Jenner posted an unfiltered photo of Kim Kardashian