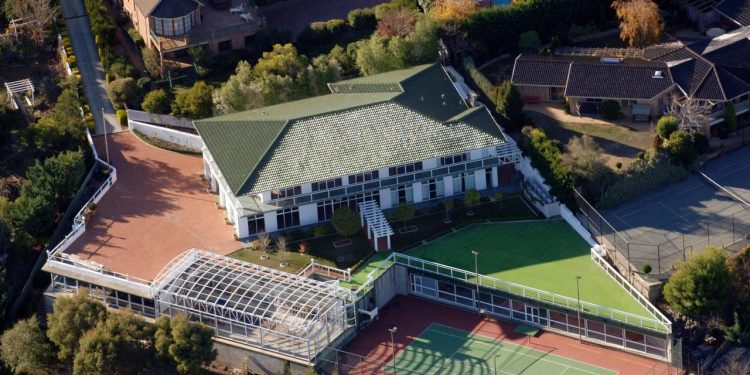 A small cluster of suburbs in a quiet, unsuspecting little area can lay claim to being the most powerful neighbourhoods in Australia. Here’s why.

A small cluster of suburbs in a quiet, tree-covered corner of Canberra can lay claim to being the most powerful neighbourhoods in Australia.

O’Malley, Yarralumla and Deakin are situated just south of the capital’s CBD, and it’s there you’ll find not only most of the country’s more than 110 foreign embassies, but the private homes of ambassadors and scores of other high-flying international diplomats.

What a Labor win will mean for home seekers

In the foreign affairs epicentre of O’Malley, the streets of Culgoa Circuit, Pindari Crescent and Timbarra Crescent are the premier addresses.

These streets, situated within a few short kilometres of each other, house the representatives of nations that are hugely diverse in size, political systems, and wealth – Afghanistan, Bangladesh, Chile, the Czech Republic, Germany, Japan, Kenya, Kosovo, Vietnam, the United States, and many more.

“When a neighbourhood has highly skilled people with high levels of education, it attracts similar people,” Mr Iqbal said. “And that adds value to all of the properties.

With big blocks offering plenty of security and privacy, as well as highly regarded schools and big-city amenities nearby, the Canberra diplomatic zone is perfect for its mainly short-term global residents.

“For people from overseas it’s a unique place, close to the Australian bush with ducks waddling across the street, and kangaroos and wallabies,” said Margaret Reynolds from Civium Property Group. “They love the quiet of Canberra.”

The chanceries, which double as offices for the often-mundane day-to-day business of international relations, as well as luxurious venues for the hosting of official dinners and the occasional lavish soiree, have either been specifically built by foreign governments or are repurposed mansions.

For the ambassadors and staff, there are often very specific needs in property based on functionality and culture.

Some will require bathrooms to be attached to every bedroom and to have a second kitchen.

Security systems and parking for multiple vehicles also need to be considered. Often, the respective government will pay for any renovations of a rental property that are required to meet its needs.

For shrewd local investors, leasing to a foreign government can be lucrative, with the highest such return in the O’Malley area being an eye-watering $275,000 per annum, Ms Reynolds said.

“One embassy has been in a leased property for 27 years – that’s better than a super fund,” she said.

At the moment, there are a number of O’Malley homes with diplomatic links listed on realestate.com.au.

A six-bedroom house on 3400 sqm at 24 Pindari Crescent, pictured with a fleet of Porsches in its driveway and currently leased to a foreign ambassador, is on the market with expectations above the $4 million mark.

It features a grand ballroom, formal dining room, drawing room and an opulent lounge, with a pool, tennis court and a three-car garage. It’s perfect for the diplomatic entertainer, she said.

Ms Reynolds is also selling the former embassy of the United Arab Emirates at 12 Bulwarra Close in O’Malley, with price expectations of about $4 million.

The home features seven bedrooms, eight bathrooms and parking for six vehicles, and sits on 1922 sqm.

According to Ms Reynolds, it’s a perfect place for entertaining, with the formal dining room having the capacity to seat up to 30 guests.

It achieved notoriety in 2019 when, while still operating as the UAE embassy, the ACT Government declared breaches of local planning rules because of traffic issues and the illegal construction of a security fence and guardhouse.

Meanwhile, the current site of the Ugandan High Commission at 11 Ngunawal Drive, O’Malley is on the market for $3.3 million through Edge Mark Higgins.

Advertised as a “stately diplomatic residence”, it comes complete with five bedrooms and two flag poles.

Also on the market is the former home of the High Commission of the Republic of Ghana at 52 Culgoa Circuit, O’Malley.

That five-bedroom home, sitting on 2958 sqm, has parking for more than 20 cars and is listed by Impact Properties with expectations above $3.6 million.

In keeping with its former diplomatic life, it also boasts two security systems with 14 cameras.