Inside Jada Pinkett Smith’s “horrible” wedding to Will Smith 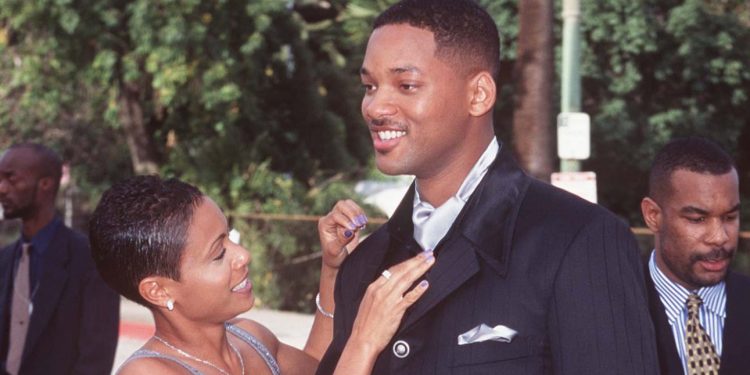 
A 2018 episode of Red Table Talk has begun resurfacing online in which Will Smith appeared as a guest when his wife described their wedding as “horrible” and insisted she “never wanted to get married.”

The viral clip has sparked speculation amongst fans as many are eager to discover further details about the famous couple’s wedding day.

Find out when and where the pair tied the knot, why Jada Pinkett Smith did not enjoy the event and more as we unpack the story.

The pair got married on 31 December 1997, New Year’s Eve, at the Gothic-style Cloisters Castle in a suburb of her hometown of Baltimore and have now been together for 24 years, as per Oprah Daily reports.

In a Red Table Talk episode from 2018, Jada revealed that she “never wanted to be married” and only decided to tie the knot with Will in order to please her mother after getting pregnant:

“I was under so much pressure, you know, being a young actress, being young, and I was just like pregnant and I just, I was just like, I didn’t know what to do, but I just knew, I was like, I never wanted to be married.”

Will even stated, while laughing, that they “only got married because Gammy was crying.”

Adrienne Banfield-Norris apologised and acknowledged that she didn’t respect her daughter’s wishes.

Both Jada and Will agreed that the marriage was ultimately “the right call,” but Jada and her mother confessed the wedding was “horrible.”

Adrienne described the day as a “mess”, stating that:

“Jada was sick, she wasn’t very unpleasant, she didn’t cooperate with anything.”

“And I was so upset that I had to have a wedding – I was so p*ssed I went crying down the freaking aisle. I cried the whole way down the aisle.”

Instead of a wedding, Jada wanted them to marry on a mountain as she described the situation as “serious business.”

Will Smith explains their marriage

The two have often discussed the ups and downs of their relationship in the public eye and in an interview for GQ, Will elaborated on a Red Table Talk topic and spoke about Jada’s view on marriage:

“Jada never believed in conventional marriage… Jada had family members that had an unconventional relationship,” he told the publication.

The actor explains that his wife grew up in a way that was very different from him, explaining their significant endless discussions about relational perfection.

For the large part of their relationship, “monogamy was what we chose, not thinking of monogamy as the only relational perfection,” Smith explained.

He states that they have given each other trust and freedom, with the belief that everybody has to find their own way. And marriage for them “can’t be a prison.”

More about their relationship timeline

Will and Jada briefly met in 1994 and began dating when Smith split up from his ex-wife in 1995 and Pinkett Smith moved from Baltimore to California.

“I knew there was something in our energy that would be magic,” Oprah Daily reports he previously said during a Red Table Talk.

As one of Hollywood’s most iconic power couples, the Smiths now share their two children, Jaden Smith and Willow Smith.

Will is also a proud dad to his oldest son, Trey Smith, who he welcomed with ex-wife Sheree Zampino.

In other news, TikTok: ‘This content is age-restricted’ error irks users