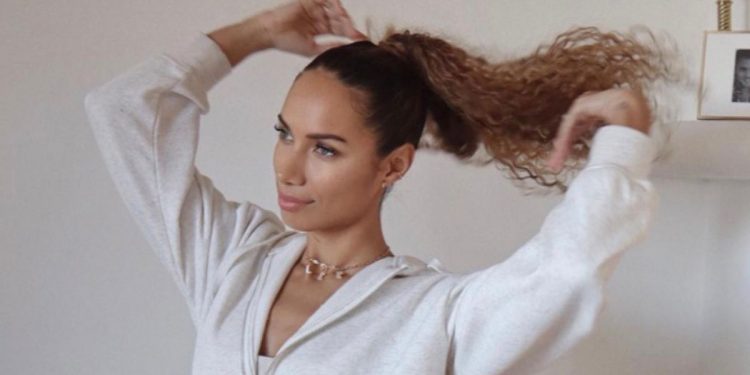 Leona Lewis and Dennis Jauch appear on red carpet in 2019

Leona Lewis and her husband Dennis Jauch have created a home fit for a princess – or prince.

The X Factor winner, 36, is reportedly pregnant with her first child with reports suggesting the singer will announce the exciting news at the end of the month.

Leona and Dennis, 33, live in a mega-mansion in L.A, which they bought in 2019 after the singer sold her old pad to music mogul Simon Cowell.

The couple’s new home sits on more than half an acre of land and boasts 3.5 bedrooms, a stunning open-plan living area and comfy cream sofas.

The mediterranean villa, which previously belonged to disgraced YouTuber Shane Dawson, also has a huge swimming pool and spa.

Then there’s Leona’s prized piano which stands pride of place in her living room and is adorned with flowers.

And if the Bleeding Love star is ever in need of inspiration she can look out at the stunning view of the San Ferdando Valley, which surrounds the mega-mansion.

The house is perfect for a new addition to Leona and Dennis’ family with a source telling The Sun the couple are delighted that the singer is expecting.

They said: “Leona and Dennis are absolutely over the moon.

“They have passed the 12-week milestone and told their family and friends at the beginning of the year.

Her dogs look right at home
(

“They can’t wait to welcome their new arrival and become a family of three.”

Leona became a household name after winning the X Factor in 2006.

The Hackney-born star then moved to L.A where she shot to stardom before meeting Dennis.

He was working as a dancer on her Labyrinth tour in 2010 and they began dating soon after meeting.

The sofas are stunning!
(

She’s never far from a piano
(

After eight years, in November 21018, Leona announced the couple were engaged after she was pictured on holiday wearing a diamond ring.

They married in an extravagant Tuscan wedding in 2019 and Leona originally had reservations about having children.

Speaking in a magazine interview, Leona said: “I do want children, but Dennis and I have also talked about adopting.

The decor is neutral
(

“My mum grew up in a children’s home. No one adopted her as a child and I would very much like to adopt. But I’m still figuring things out.”

However she said Dennis had always been keen on becoming a dad, revealing:”If it was up to my husband, we would have had kids yesterday.”