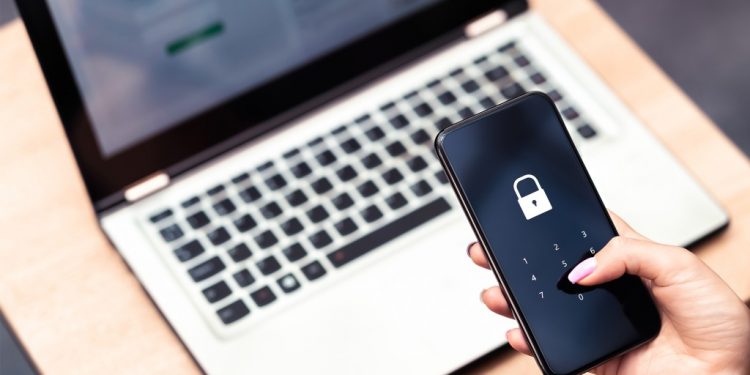 
Hundreds of thousands of Americans are victims of extreme cyber invasiveness, where data and personal details are stolen.

Fueling this crime is a network of spy apps that track and monitor people around the globe.

People who commit burglaries often do so to make cash. Cybercriminals often have different motivations.

In a paper titled A Comparative Study on the Difference Between Conventional Crime and Cyber Crime, tech experts note that some people hack aimlessly — they open locked doors in an act of exploration or as a gesture to show they’re smarter than government security techies.

Others can have more sinister motives.

Stalkerware is an all-encompassing term for apps that covertly monitor a device’s activities.

Stalkerware apps can trace keystrokes, track the device’s location, screen record the user’s every move, or even access the device’s camera in real-time.

And there is little to alert the user that their device has been compromised by malicious software.

Stalkerware does not require advanced hacking — it can be installed by anyone with access to the device.

It can be disguised as a calculator app, as was the case for one New York Times reporter who sought out and flagged the existence of the stalkerware app Flash Keylogger in the Google Play store.

“It looked like a calculator app. But it was actually spyware recording my every keystroke — the type of data that would give a stalker unfettered access to my private life,” Brian X. Chen wrote in September 2021.

Once installed, the watcher might receive email caches of information or even have access to a dashboard of real-time usage.

And because of stalkerware’s ability to spy on unsuspecting victims, it has become a tool of domestic abuse or intimate partner violence.

PCMagazine cited a study of 2,000 participants where 10% “admitted to using an app to monitor an ex or current partner’s text messages, phone calls, and other communications.

In 2014, a woman was tracked, threatened and abused by a boyfriend who installed a spyware app that gave him access to her phone’s microphone.

An investigation by TechCrunch found a network of stalkerware apps all developed by the Vietnam-based company 1Byte.

Through a series of shell companies, 1Byte was able to back at least nine stalkerware apps that have breached the privacy of roughly 400,000 people worldwide.

Meanwhile, reporters and advocacy groups have worked to publicize strategies for detecting stalkerware and pressure private companies to remove stalkerware apps from the online market.

Action against stalkerware has been largely undertaken by the Federal Trade Commission,  an agency whose mission is to protect the American consumer.

The FTC has been picking off businesses and barring them from “offering, promoting, selling, or advertising any surveillance app, service, or business,” but sweeping legislative action has yet to come from the United States’ gerontocratic tech-naive government.

Cybersecurity experts and activists Gennie Gebhart and Eva Galperin argued for the Electronic Frontier Foundation “there are simply no legitimate purposes for secret stalking apps.”

Depending on the type of device, preventative and removal techniques vary. It should be noted that the person or company who first installed the spyware will likely be notified of the spyware’s removal.

The Android is more susceptible to stalkerware because of the comparatively lax accessibility restrictions.

Children may instinctively know how to do division even before hitting the books, study finds