Inside the drama over INFORM Consumers

With help from Emily Birnbaum, John Hendel and Pieter Haeck

— More info on Amazon’s about-face: The online retailer says it supports anti-counterfeit legislation being considered by Congress. But some of its actions have alarmed other backers of the bill.

— Getting ready: The FCC is preparing to make a pandemic-era broadband affordability subsidy permanent, following the passage of the infrastructure bill.

Got a news tip? Email [email protected] and find me on Twitter @benjamindin. Got an event for our calendar? Send details to [email protected]. Anything else? Team info below. And don’t forget: Add @MorningTech and @PoliticoPro on Twitter.

Ericsson helps the U.S. build 5G infrastructure. Ericsson is the leading provider of 5G equipment in the U.S. From our 5G smart factory in Lewisville, Texas, we are able to supply equipment directly to leading nationwide service providers. Learn more at ericsson.com/us.

DRAMA OVER ANTI-COUNTERFEIT BILL — It was a big deal when Amazon announced late last month it would support the House version of the INFORM Consumers Act, H.R. 5502 (117), legislation to reduce the number of counterfeits on its platform. It marked a surprising 180 by a company that had publicly argued that the bill would punish small businesses and help its brick-and-mortar competitors like Walmart.

In the weeks since that announcement, however, the co-sponsors of the legislation in both chambers and Amazon’s retailer rivals have grumbled that Amazon’s support is largely rhetorical and that the e-commerce giant is still pushing behind the scenes to water down the legislation. (“While we would like to see some perfecting changes, we support the bill and want to see it enacted,” said an Amazon spokesperson.)

— Two-pronged strategy: An email obtained by MT shows that Amazon implicitly endorsed critics’ arguments that a nearly identical state version of the legislation would amount to a civil rights violation, eight days before the company came out in support of the federal bill. In an Oct. 19 email to a Washington state lawmaker, an Amazon lobbyist forwarded a letter co-signed by minority-owned business groups that said the state bill would harm minorities, in part by requiring high-volume sellers to provide photo identification — similar to “Voter ID and Voter Suppression bills” being enacted in multiple states.

“I wanted to make sure you saw the attached letter from a coalition of minority business organizations concerned about the INFORM Act,” the lobbyist said in the email with the letter attached. The letter, which is addressed to members of the Washington state legislature, is signed by the “Stop INFORM Act Coalition” — a group that has sent anonymous letters to lawmakers in multiple states considering similar legislation but does not have any footprint online. (The top of the letter included the logos of six groups representing Asian American, Latino and African American businesses in Washington state. Three of the groups confirmed to MT that they were aware their names are on the document.)

Those arguments have agitated supporters of the legislation, including the Retail Industry Leaders Association, which counts Walmart and CVS as members. “Amazon’s tactics during this debate have been exposed as dishonest and downright shameful, and lawmakers are right to question their integrity and sincerity,” said Jason Brewer, RILA’s president. “It’s clear they will say anything to protect their business model, in this instance the rampant sale of counterfeit and stolen goods sold on their platform.”

— Amazon’s response: Amazon, which confirmed that the email is genuine, did not directly say whether it believes that the federal bill resolves those civil rights concerns. The spokesperson said in a statement that Amazon supports the federal version of the legislation because “it would prevent an unworkable patchwork of state-level regulations.”

“It also includes improvements over many state bills, including greater privacy safeguards for small businesses and more flexibility in what types of documents are acceptable,” the spokesperson said. “We support the federal legislation and look forward to seeing it passed.”

Meanwhile, one of the groups that signed onto the letter said it’s unsure what exactly the company’s current stance is. “It would be best for Amazon to clarify where they stand on state and federal issues,” said Paula Sardinas, the founder of the Washington Build Back Black Alliance.

FCC GEARS UP TO TRANSITION EMERGENCY BROADBAND BENEFIT SUBSIDIES — The newly signed infrastructure law will transform how the FCC runs what’s been known as the Emergency Broadband Benefit subsidy program. Congress gave the agency $3.2 billion during the pandemic to help offer consumers a $50 monthly benefit to pay their broadband bills. More than 7.5 million households have enrolled since FCC commissioners set up the program a few months ago.

The infrastructure plan aims to make this a longer-term subsidy, slating $14 billion to create a successor version known as the Affordable Connectivity Program. The FCC’s website notes that households enrolled in the existing program as of Dec. 31 “will continue to receive their current monthly benefit during a 60-day transition period.” The law calls for a lower monthly benefit of $30 under the new program — a change that FCC Chair Jessica Rosenworcel in September told John could be “challenging.”

— But the FCC is gearing up to make the necessary changes: The agency just issued a 65-page notice seeking input about how to implement the new program, with the first round of comments due Dec. 8. “We are mindful of the need for consistency when it comes to this connectivity,” Rosenworcel told reporters following Thursday’s monthly commission meeting.

HOUSE E&C GOP: WHERE’S THE FCC? — Republican leaders on the House Energy and Commerce Committee want their Democratic counterparts to schedule an FCC oversight hearing soon so lawmakers can monitor the agency’s progress in distributing $10 billion in pandemic relief funds to boost broadband connectivity, according to a letter released this morning. The last time FCC leaders appeared before the House committee was September 2020.

“Due to the lack of oversight by this Committee, we have no information about how these programs are being implemented or if they are effective,” wrote committee ranking member Cathy McMorris Rodgers (R-Wash.) and telecom panel ranking member Bob Latta (R-Ohio). The lawmakers said they hadn’t received a response to a similar letter they sent in May. “We are concerned about the potential for waste, fraud, and abuse that may occur without proper oversight by this Committee.” 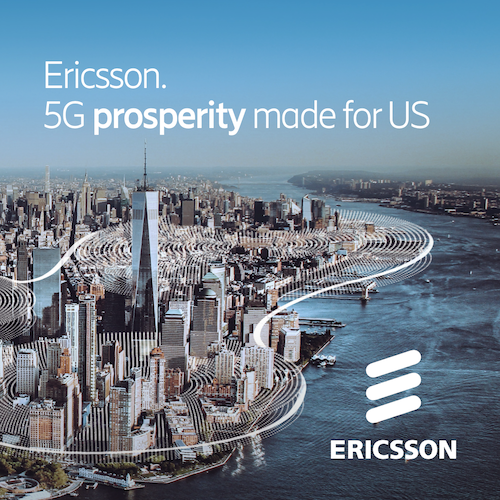 APPLE’S (UNSURPRISING) POV — The iPhone maker told the European Commission in a Thursday filing that it sees “negative consequences” if policymakers go through with a proposal that would force tech manufacturers to adopt a common charging system on electronic devices sold in the EU — a campaign that dates back to 2009.

The company has fought hard over the years to maintain an air of exclusivity, with its closed ecosystem of products and firm control of its App Store. However, it’s facing significant regulatory and legislative pressure to make changes that would run counter to that image, such as allowing consumers to sideload software, repair their own devices and use a common charging method.

Apple said the charging requirement would stifle innovation and urged the EU to avoid such consequences “by reconsidering the proposal entirely or amending it.” It has used similar arguments over the past decade as it pushed back against the EU’s attempts to standardize chargers for electronic devices. The latest proposal would require devices that use wired chargers to have a USB-C port — a move seen as an attack on Apple’s iPhones, which use the company’s proprietary Lightning charging solution.

As part of the proposal, manufacturers would have to give customers the option to purchase devices without chargers — an effort to clamp down on electronic waste. Apple said in its filing that the legislation would actually increase e-waste “by triggering disposal of existing cables and accessories.”

— Driving the push: The commission announced its latest proposal in September, indicating it was the final step in a drawn-out process. “Years of working with industry on a voluntary approach already brought down the number of mobile phone chargers from 30 to 3 within the last decade, but could not deliver a complete solution,” it said in a statement. A commission official said the new rules “should be in place by mid-2024.”

— In demand? Last week, the winning bid on an eBay auction for a modified device billed as the “World’s First USB-C iPhone” was $86,001.

Michael Balmoris is launching a PR consultancy, the Balmoris Group. Balmoris is assistant vice president-corporate communications for policy at AT&T. … Sandra Buchanan Hurse of GCM Grosvenor and Jeremy G. Philips of Spark Capital are joining the board of Angi.

Qualcomm CEO Cristiano Amon has been elected chair of the Semiconductor Industry Association. … WISPA announced new officers to its board: Todd Harpest as chair, Brian Young as vice chair, Sam Curtis as treasurer and Jason Guzzo as secretary.

The FTC is making staff changes, Emily and Leah report. Kelly Signs, an antitrust attorney, will head the FTC’s main policy office, the Office of Policy Planning, which helms the agency’s studies and workshops, on an acting basis. Maria Coppola, previously a counsel for international antitrust at the commission, will head the Office of Policy and Coordination, a smaller office focused on harmonizing antitrust policy and assisting with speeches and testimony. Jim Mongoven, a deputy assistant director of the FTC’s Bureau of Competition, will retire.

Meta (formerly Facebook) has released a progress report on the commitments it made following a civil rights audit. … Google has launched an initiative to help people find food assistance this holiday season, including making sure that information about food banks and pantries is up to date on Google Search and Maps.

From our friends at POLITICO Influence: Blue Origin, the space company helmed by Amazon founder Jeff Bezos, has hired Mac Campbell of Capitol Counsel to lobby on, “monitor and evaluate proposed changes to the Internal Revenue Code being considered by Congress as part of the budget reconciliation process,” according to a newly filed lobbying disclosure. Campbell is an Obama administration alum, previously serving as assistant U.S. trade representative for congressional affairs. He was also a top aide to Sen. Maria Cantwell (D-Wash.) and former Sen. Blanche Lincoln (D-Ark.), and served as deputy staff director and general counsel for the Senate Finance Committee, the chamber’s tax-writing panel.

Uh oh: “Amazon’s Dark Secret: It Has Failed to Protect Your Data,” via WIRED.

Hit the gas: Apple is ramping up plans for its car project, hoping to debut a fully autonomous vehicle by 2025. Bloomberg has more.

ICYMI: A bipartisan coalition of state attorneys general is launching an investigation into Instagram over possible harms to young users, Alex reports for Pros.

Progress update: “Hate speech in Myanmar continues to thrive on Facebook,” via AP.

And another one: “During COP26, Facebook served ads with climate falsehoods, skepticism,” Reuters reports.

You’ve been served: Live Nation, Apple and Travis Scott are being sued for $2 billion over this month’s deadly Astroworld concert. More from Bloomberg.

Ericsson. 5G Made for US.

5G will be a platform for a new economy, driven by cutting edge use cases that take advantage of 5G’s speed, low latency and reliability. Ericsson’s 120 year history in the U.S. and recent investments, like the $100 million factory in Texas, make the company the right partner to build the open and secure networks that will be the backbone of the 5G economy.

HAVE A GREAT WEEKEND!