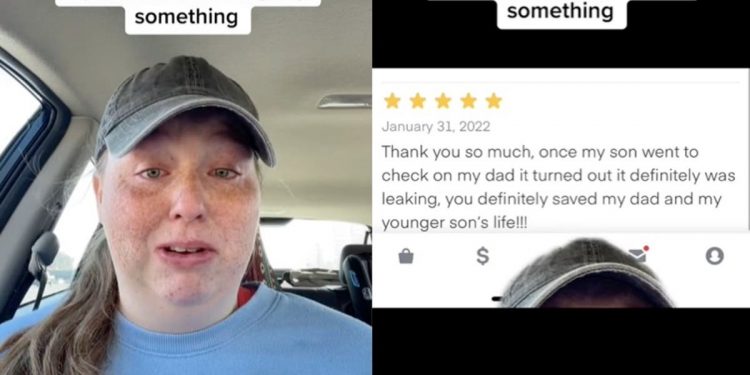 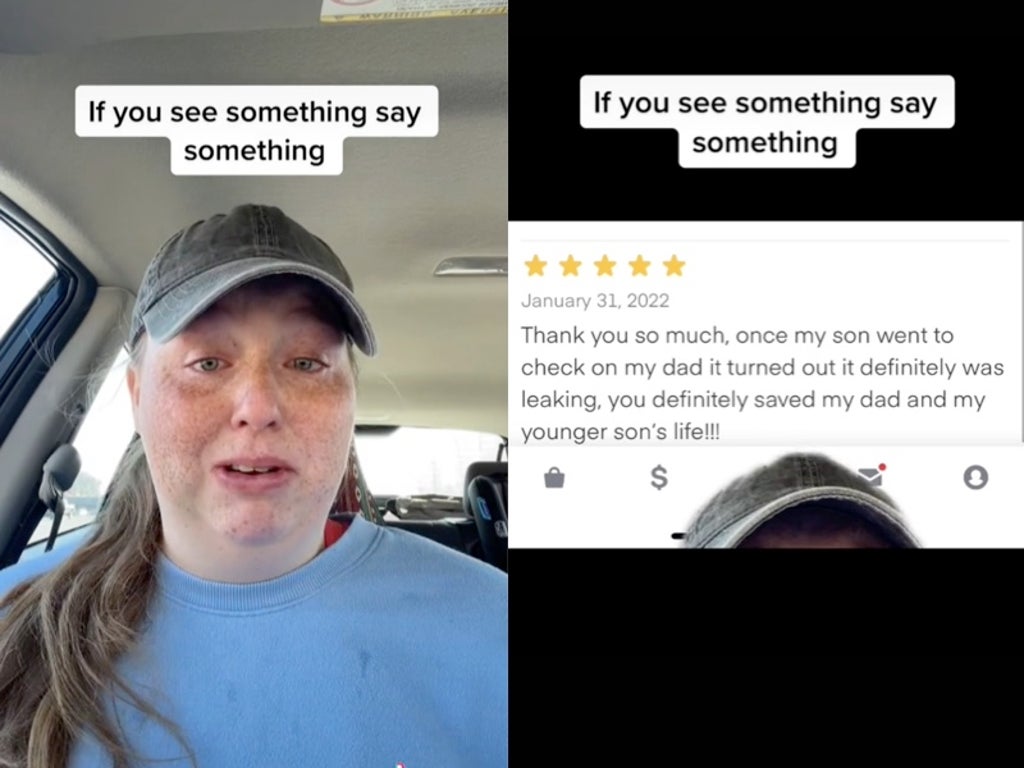 A woman who works as an Instacart shopper is being praised as a “hero” after emotionally recounting how she may have been responsible for saving a customer’s life because she listened to her gut instinct.

Jessica Higgs, who delivers for the grocery delivery service, described the experience on TikTok on Wednesday, where she recalled how she’d received an order from a woman who was ordering food for her older father who couldn’t shop for himself.

According to Higgs, who began the video urging viewers: “if you see something, say something,” from the moment she received the order she had felt a need to go the “extra mile,” before noting that the instructions on the order had told her to leave the bags on the porch.

“I get there and something was telling me: ‘No, you’ve got to help this man out,’” Higgs recalled tearfully.

Higgs then explained that when the man came out, she offered to help him bring the groceries inside his home, despite Instacart protocol.

“But I used my judgement and I brought the groceries inside and I put them down wherever he wanted me to put them, and you’re not supposed to but I did,” Higgs continued. “You’re just supposed to take a picture and leave. And I could not just leave.”

According to Higgs, at that point, she decided to message the customer’s daughter who had placed the order through the app, because she thought the man looked “sick”.

In the message, the Instacart shopper explained that if she marked the order as complete, she wouldn’t be able to message the customer, but wanted to tell her about her concerns.

She noted that she’d told the woman that she was aware her behaviour was “very unprofessional” and that she “always just put the groceries down and leaves” but that she knew she needed to say something.

“I said: ‘He’s not doing good. He’s sick. There’s a propane tank in there, I was in there maybe five feet and I got dizzy,’” Higgs said, adding that she told the woman there may be a leak in the home that was making her father ill.

According to Higgs, the woman replied and said that she would have her son go check on the elderly man – and then proceeded to change her Instacart tip on the order from $14 to $100.

While Higgs said she was grateful for the tip, she explained that she was crying because of what the woman commented the day after her order, with the TikToker then proceeding to show a screenshot of the customer’s five-star review, which read: “Thank you so much, once my son went to check on my dad it turned out it definitely was leaking, you definitely saved my dad and my younger son’s life!!!”

Higgs, who was tearful throughout the TikTok, concluded the emotional video claiming that she is “just an Instacart worker but, if you see something say something”.

As of Friday, the video has been viewed more than 10.8m times on TikTok, where thousands of viewers have applauded Higgs for following her instincts and for potentially saving the life of the older man.

“This is absolutely amazing. The world is still full of good people and you, my friend, are among the best,” one person wrote.

Another said: “You are NOT just an Instacart worker. You are an ANGEL.”

The video also prompted praise from supermodel Bella Hadid, who commented: “You are not ‘just an Instacart worker’!!! You are helping people every single day in ways you probably don’t even know. Thank you for being you!!!”

“I’m crying with you. This is absolutely amazing. You are a hero!” someone else added, while another noted: “THIS is why sometimes rules are meant to be broken. You saved someone’s life! You are a hero!”

In the comments, Higgs revealed that the CEO of Instacart had reached out after the video went viral, while she noted in a TikTok Live that she does not know the identity of the woman whose father she helped, but would like to send her a gift.

The Independent has contacted Higgs and Instacart for comment.