Intel’s pain could be AMD’s gain 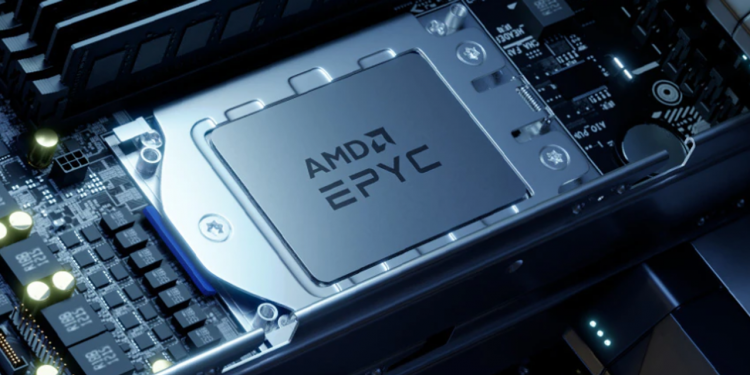 After a disastrous earnings report from Intel Corp. that acknowledged a big drop in data-center sales and internal mistakes, Advanced Micro Devices Inc. is expected up to show off exactly the opposite.

Opinion: Which Intel CEO is to blame for the current woes? Or is it actually AMD’s CEO?

Wells Fargo analysts checked in after the Intel report to say that they now expect that AMD’s server CPU business could double in the second quarter, while they had previously expected 78% growth, and that AMD could add 8 percentage points in overall data-center market share.

Bernstein analyst Stacy Rasgon also mentioned AMD in detailing Intel’s results, which he called “the worst we have seen in our career,” and made the prediction that AMD “is about to destroy them on server share given Intel’s performance this quarter.”

More on Rasgon: This Wall Street analyst turned his Twitter feed into ‘Sell-Side Stories with Stacy’

That type of performance with data-center chips could help to overpower expected softness in CPU sales for personal computers. Reports from Intel, Apple Inc.
AAPL,

and more have confirmed fears that the pandemic boom in PC sales is over, after estimates that global PC shipments saw their worst quarterly drop in at least a decade.

“While PC CPU overshipment has begun to normalize, we have yet to see significant channel correction to offset the inventory build which could suggest potential for further downside beyond simple market weakness,” Rasgon wrote in an earlier note.

In one more potential success story for AMD, the quarter will likely produce a higher gross margin than Intel, which reported a painful 44.8% for the second quarter. AMD reported a gross margin of 48% in the first quarter, and hiked its forecast for the year to 54%.

Earnings: AMD on average is expected to post adjusted earnings of $1.03 a share, up from 63 cents a share reported in the year-ago period, according to a FactSet survey of 30 analysts. Estimize, a software platform that crowdsources estimates from hedge-fund executives, brokerages, buy-side analysts and others, calls for earnings of $1.09 a share.

Revenue: AMD, on average, is expected to post record revenue of $6.53 billion, according to 29 analysts surveyed by FactSet, up from $3.85 billion a year ago. That would be the first time the company has ever cleared $6 billion in sales for a quarter, one quarter after breaking the $5 billion barrier for the first time. AMD executives guided for $6.3 billion to $6.7 billion. Estimize expects revenue of $6.54 billion.

This will also be the first report that AMD reports sales under its new categories: Data Center, Client, Gaming, and Embedded.

Stock movement: While AMD earnings and sales have both topped Wall Street estimates in the past eight quarterly reports, shares only closed higher the next day in half of those reports: Last quarter, the quarter before that, this past summer and when the stock popped nearly 13% seven quarters ago.

AMD shares are firmly in bear market territory, 43% off their closing high of $161.91 set on Nov. 29, and 6% lower than their price 12 months ago. By comparison, the PHLX Semiconductor Index
SOX,

is down 7.5%, and the tech-heavy Nasdaq Composite Index
COMP,

What analysts are saying

Even before seeing Intel’s painful numbers, analysts were largely predicting strong gains for AMD. BMO Capital Markets analyst Ambrish Srivastava, who has an outperform rating and a $115 price target on AMD, said Intel having execution problems doesn’t even work into his view of AMD.

“We do not need Intel to mis-execute for the thesis to work,” Srivastava said. “Our sense is that with the several key architectural innovations the company has made, along with rolling out a lineup of products that has enabled the company to not only close the gap but get ahead in many cases, AMD’s credibility with customers has continued to climb.”

Intel earnings reaction: ‘Such a disconnect’ between company’s optimism and reality

“While AMD’s stock has had a rough go YTD, we believe near-term fundamentals are much stronger than their currently-larger peer (with much more realistic assumptions around PCs already baked in, no channel-stuffing behavior, and with GPUs only ~10% of sales),” Rasgon, who has an overperform rating and a $135 price target on AMD, wrote in a note ahead of Intel’s report. “And the long-term story keeps getting better with every Intel delay with their server position set to notably strengthen on the back of Intel’s pushouts.”

Indeed, Intel announced another delay to its Sapphire Rapids data-center chip because produced chips were not meeting the company’s quality standards.

In a note titled “Earnings Season or Confession Season,” Susquehanna Financial analyst Christopher Rolland said he expects “more subdued outlooks, particularly those exposed to the PC, Mobile and Consumer end markets” this earnings season. While AMD is doing well in data-center sales, Rolland, who has a positive rating and a $120 price target on AMD, points out that AMD still gets 78% of its revenue from handsets and consumer sales.

In-depth: Are chip stocks set up for a short squeeze, or just more declines? Wall Street doesn’t seem sure

KeyBanc analyst John Vihn, who has an overweight ratings and a $130 price target, lowered his estimates on AMD because of macro weakness and a challenging quarter.

“We’re lowering estimates for AMD given: 1) excess gaming GPU inventory, which we believe sits at six months in the channel; and 2) slowing PC demand, as we estimate 2022 PC NB shipments to decline by 14% vs. AMD’s outlook of -10%,” Vihn said. “We remain overweight, as we still see secular growth particularly in cloud and a clear line of sight to continued share gains over the next two years.”

Of the 38 analysts polled by FactSet, 22 have buy-grade ratings, 15 have holds, and one analyst has a sell rating on AMD, with an average price target of $125.77.

How to use Steam’s FPS counter

How to use Steam’s FPS counter