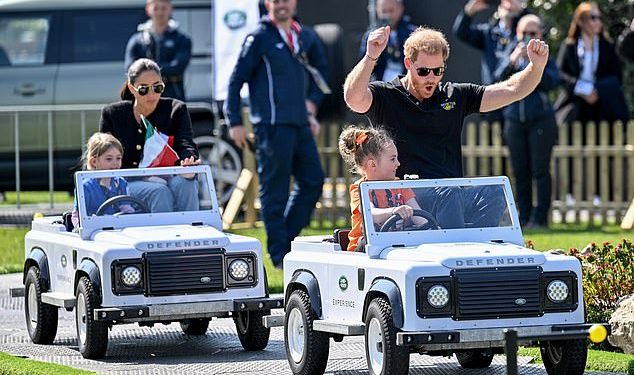 
In the hot seat: Harry and Meghan lark around as they hitch a ride in mini Land Rovers driven by children

By Jack Wright and Paul Thompson In The Hague, Netherlands, For Mailonline

Harry and Meghan showed their playful side today as they hitched a ride on the back of mini Land Rovers – driven by children.

The duke pumped his fists in the air as he was driven round the small course in the toy-style car by Scarlett Vroegop, the four-year-old daughter of a Dutch competitor at the Invictus Games.

Meanwhile his wife the duchess laughed and waved at fans as she was driven by four-year-old Mya Poirot, who is also the daughter of a French competitor, while clutching a Canadian flag.

The couple then posed for photos with family members of the two kiddie drivers in The Hague. After chatting with other competitors, the couple were driven away in a Land Rover defender. 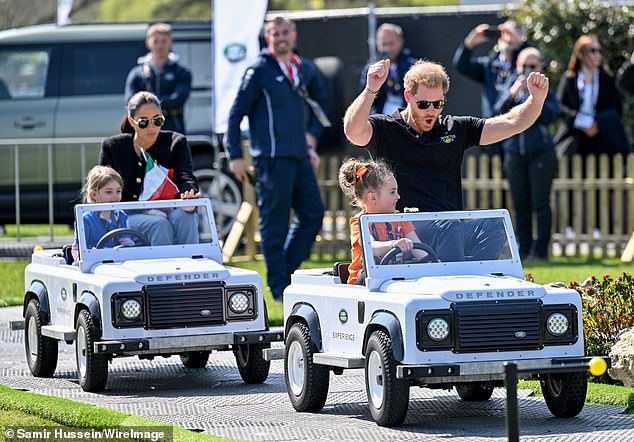 Harry and Meghan are driven in small Land Rovers on the first day of the Invictus Games, April 16, 2022 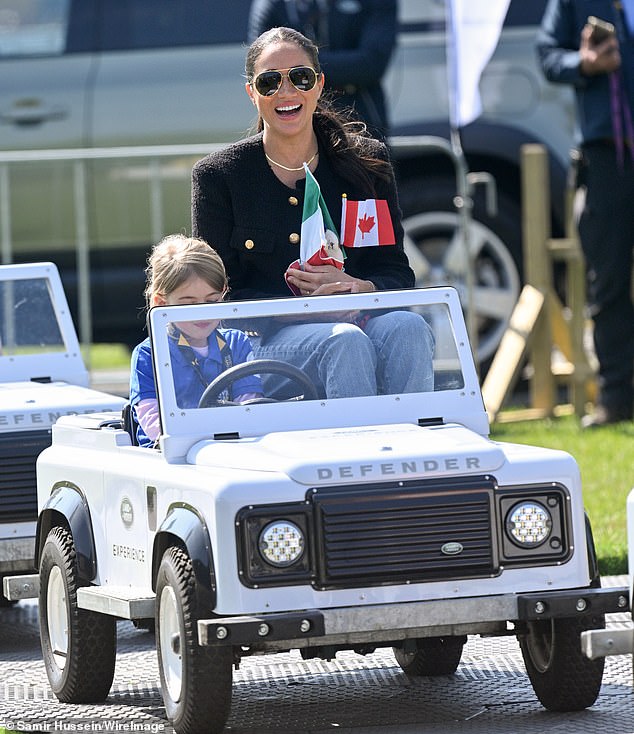 The duchess laughs as she is driven in a small Land Rover while clutching the Canadian flag, April 16, 2022 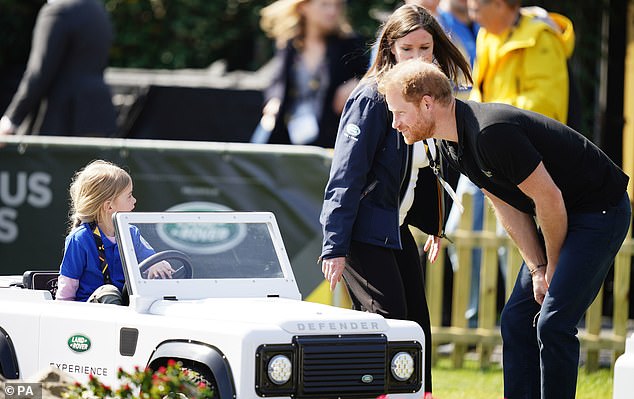 Harry talks to a child driving a mini Land Rover during the Invictus Games at Zuiderpark, April 16, 2022 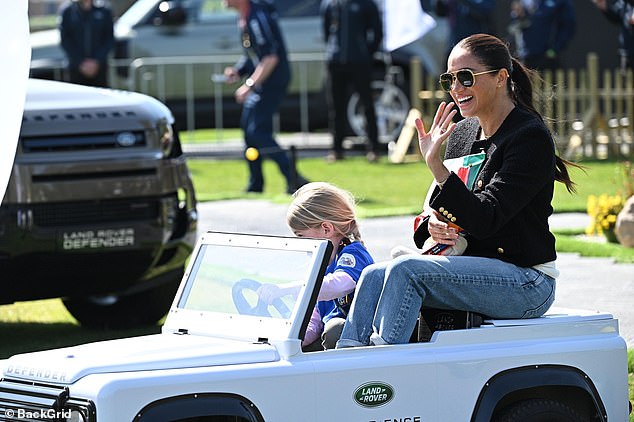 Meghan smiles and waves at a crowd as she takes a ride in a mini Land Rover in The Hague, April 16, 2022 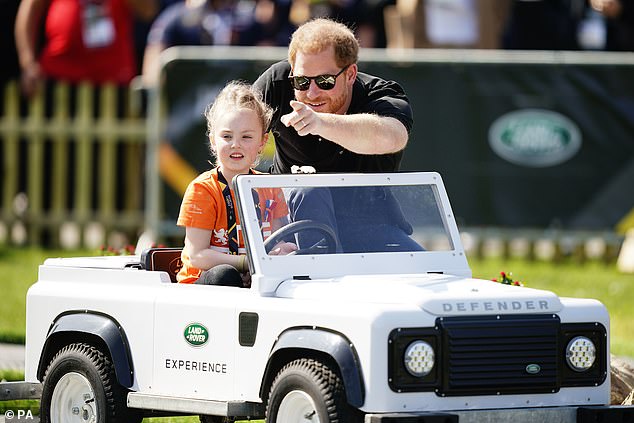 The Duke of Sussex is driven by a child in a toy Land Rover at the Jaguar Land Rover Driving Challenge in The Hague, Netherlands, April 16, 2022 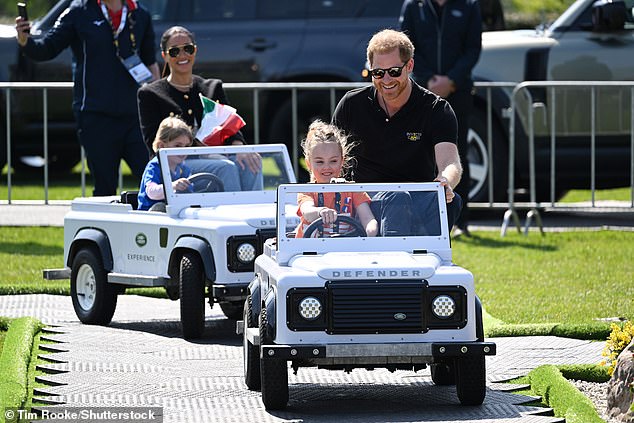 Harry and Meghan have fun at the Invictus Games, The Netherlands, April 16, 2022

Emy Poirot, whose daughter drove the duchess, told MailOnline: ‘It was so lovely and Meghan was so nice. It’s quite unbelievable really.

‘She was lovely and we never expected her to sit with Mia. It is something to remember when she is older. I am just so happy.’

The royal couple were all smiles as they dressed down for their second appearance at The Hague in Holland, with Meghan swapping out a crisp white pant suit for blue jeans, a dark box jacket and pump shows while Harry wore a black T shirt and chinos.

A large group of Americans in the crowd called out to the duchess and she responded with a smile and wave, with shouts of ‘Meghan, over here’ from spectators hoping to get her attention heard as she walked with other dignitaries to the centre of the course.

She then watched as Harry was driven in a white Land Rover through a water obstacle on the course during The Land Rover Driving Challenge.

Suits star Meghan will do a reading of her children’s picture book The Bench tomorrow before flying back to her £11million Californian mansion.

But it seems the royal couple couldn’t go anywhere without being followed by a Netflix camera crew filming their every move for an upcoming documentary with the streaming giant about the Games – including their meet-and-greet at the Zuiderpark.

Cowboys’ Kelvin Joseph was in vehicle with suspect of murder investigation but didn’t shoot, per lawyer

Cowboys' Kelvin Joseph was in vehicle with suspect of murder investigation but didn't shoot, per lawyer