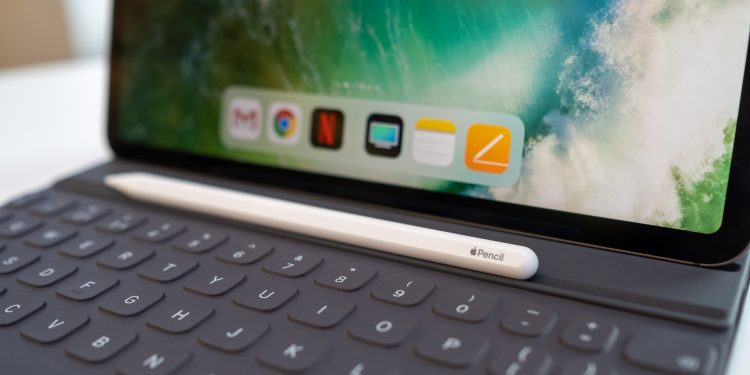 
The Samsung Galaxy S22 Ultra has brought a stylus to flagship phones, for the first time since the Galaxy Note series sailed off into the sunset. But could Apple carry the torch and bring a stylus to the iPhone 14?

Well, we could write an article about how this would make it the best iPhone ever, or compile an evenly-weighted debate about whether or not it could happen, but we don’t want to waste your time.

It’s not going to happen.

And do you know how many iPhones we saw in that time that actually worked with the Apple Pencil? A grand total of zero. So there’s no reason to think the iPhone 14, unlike its predecessors, will actually get a stylus.

Taking rumors with a big pinch of salt

We often hear whacky rumors regarding iPhones, but they rarely come true.

That’s because Apple tends to only offer features that have mainstream consumer appeal – MagSafe is useful for everyone, as are 5G and 120Hz screens, three improvements we’ve seen in recent iPhones. Leakers don’t seem to have seen this memo, though.

Sure, to a select group of users styli are also useful, but not enough to introduce them to the iPhone range.

That’s because there are only four members of the annual iPhone family, so if one or two use a stylus, that’s a quarter or half the range, all touting a feature that not too many people will use.

For comparison, Samsung has loads of different phones across various ranges –  it has the Galaxy S, A, J, Z and M lines, each of which has countless devices. So if you don’t want a stylus in a Samsung phone, you’ve got plenty of alternatives.

Will we ever see an iPhone with a stylus?

Never say never – it’s possible that user habits will change to make styli more popular, or perhaps more apps will be designed that make use of them.

But it’ll take time – Apple doesn’t reinvent its devices, just refines them, and it’ll take a few years to progress from the current blocky design to one with space for a stylus.

It’s also worth pointing out that Apple will actually need to design a stylus small enough to fit inside an iPhone – unless it has another storage solution planned.

Possibly before that, we could see the tablet Apple Pencil become compatible with the phone, to bring multi-device functionality which could help with certain types of creatives and artists. But again, it’s not something we’re expecting anytime soon.

The iPhone 14 rumors have pointed to enough upgrades already that we’re not expecting any more: the lack of a notch, a camera resolution increase and the replacement of the mini with an iPhone 14 Max are all we’re really expecting for now.

So despite the fact that the Galaxy S22 Ultra is a popular stylus phone, and that Motorola is making a bigger and bigger push into this market niche, we don’t see this feature catching on enough for Apple to follow suit.