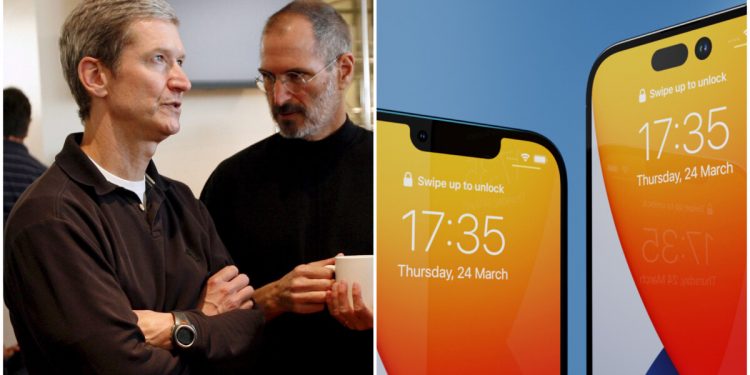 It seems like Apple’s iPhone has reached its peak. At least as far as the standard model is concerned. Yes, you heard it here first. Breaking news!

Now, seriously… I know it might seem like “I’m coming in hot,” but before you start panicking, the good news is that Tim Cook & Co are brilliant at marketing, and Apple enjoys an unrivalled brand recognition, so millions of people will still buy the iPhone 14. But now, onto the not-so-good news (leaks and rumors)...

Apple’s last (official) “S” model was the iPhone XS, which looked exactly like an iPhone X. Ever since then, the company seems to have learned an important branding lesson, so we were given iPhone 11, iPhone 12, and iPhone 13 – despite the minuscule visual differences between the latter two, the “S” model was retired.Sure enough, we’ve had this conversation before. However, 2022 seems to really be an “S year” in disguise for the vanilla iPhone 14 and iPhone 14 Max. Then again, it wouldn’t be Apple if the company didn’t have a few tricks up its sleeve, meant to draw buyers.

So, let’s take a look at what suggests that the iPhone 14 will be more of an “iPhone 13S” model, but also which expected upgrades might actually make it a viable option for people with older iPhones. Perhaps you’d be better off with a cheaper iPhone 13 or even waiting for the iPhone 15?

iPhone 14 becomes the first flagship iPhone to reuse an old processor, but Apple will get away with it 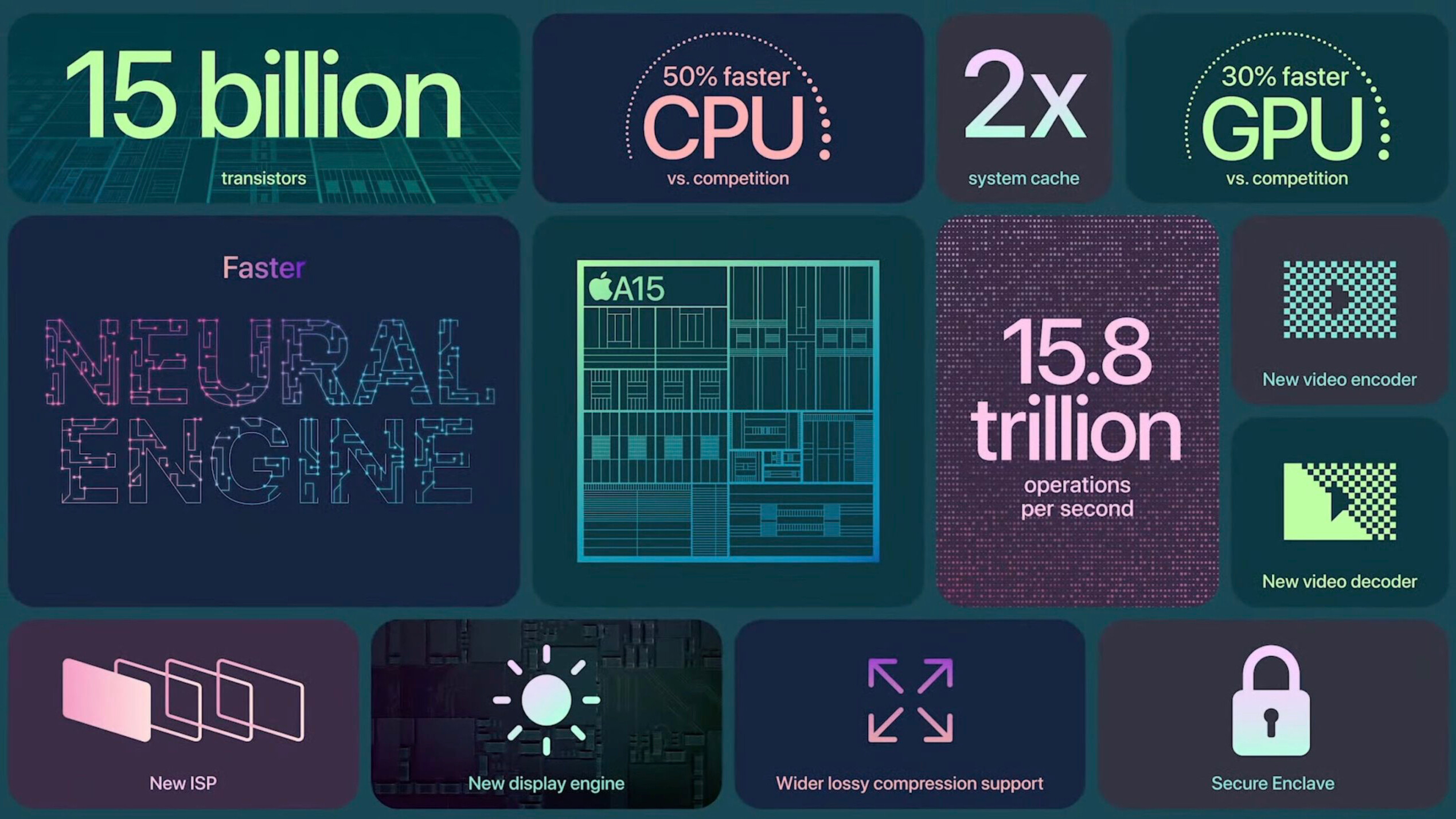 That’s the big news, and by all means, that’s also the bad news for those who want the cheapest new iPhone. But! Not for the same reasons you’re expecting…For starters, the A15 Bionic is still the fastest chip on the market, even after a number of newer Qualcomm and MediaTek releases since September 2021. So we know that the “slow chip” argument isn’t the key to this casket.

And that’s where I see Apple ready to twist things in its favor. Although this is unconfirmed, I expect Cupertino to actually use the iPhone 13 Pro’s chip for the iPhone 14 and 14 Max instead of the one from the iPhone 13 and iPhone 13 mini.

“iPhone 14 gets a Pro-grade chip!” – Apple in September. Mark my words.

In case you didn’t know, technically, the SoC on the iPhone 13 Pro is different and better than the one found on the iPhone 13 because it uses an extra GPU core (disabled on the standard version). While this makes virtually no difference in real-world use, even when it comes to heavy-duty tasks, it’s enough for Apple to say that the chip on the iPhone 14 isn’t the same as the one in the iPhone 13, and this wouldn’t be wrong. 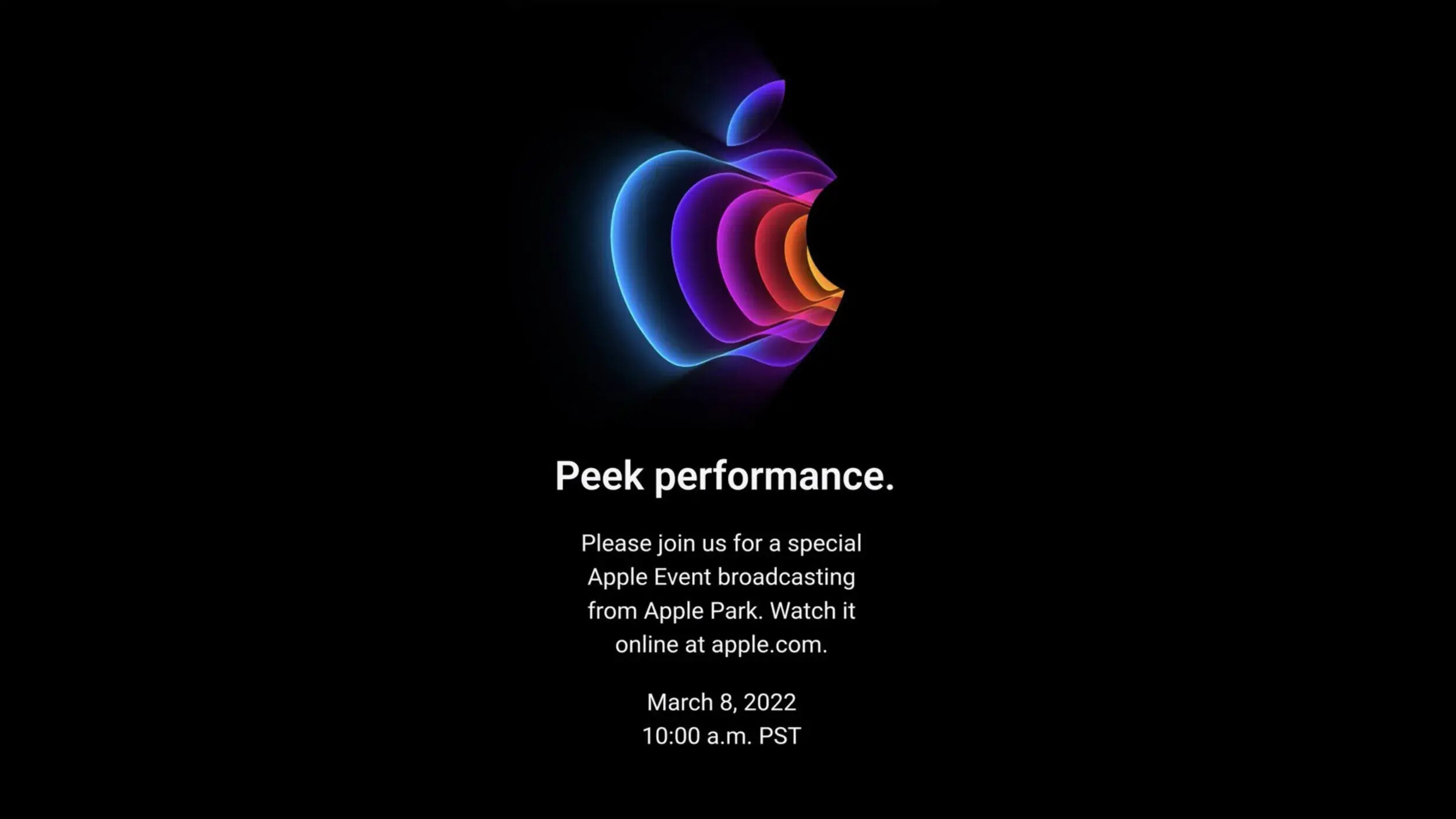 Maybe the tagline for Apple’s last event should’ve been saved for September 2022?

Although we’ve never seen a new flagship iPhone with an old chip so far, in reality, year-over-year processing power gains aren’t as meaningful as you might have thought anyway. For example, the A15 Bionic chip found in the iPhone 13 series is only 7-10% faster than the A14 Bionic found in the iPhone 12 series, which itself is only 7-10% faster than its predecessor, the A13 Bionic, powering iPhone 11.

The bigger differences are seen in the manufacturing process (lower is better) where the iPhone 11-iPhone 12 cycle delivered a jump from 7nm to 5nm, making iPhone 12 more efficient. However, presumably due to the global chip shortage, iPhone 13 had to stick to the same 5nm processing. But it gets even more confusing, because iPhone 13 still managed significant efficiency gains over its predecessor thanks to bigger batteries and ProMotion on the iPhone 13 Pro and iPhone 13 Pro Max (the latter shattering all battery life records as far as flagships phones are concerned).

All that being said, if there’s something to worry about when it comes to the iPhone 14’s processor, it’s whether this chip/phone will be able to enjoy the same number of iOS updates as the iPhone 14 Pro, which will be running on a newer 4nm SoC, compared to the 5nm SoC found in the iPhone 13.

We’ll know the definite answer to this question in about five years when Apple eventually stops sending updates to the iPhone 13 and iPhone 14. However, my educated guess is that Apple will absolutely provide iPhone 14 and iPhone 14 Max with the same number of iOS updates as the iPhone 14 Pro because they are from the same lineup of phones, despite the differences in hardware.

Anyway, the important takeaway is:

iPhone 14: Same design as before but new iPhone 14 Max model to the rescue 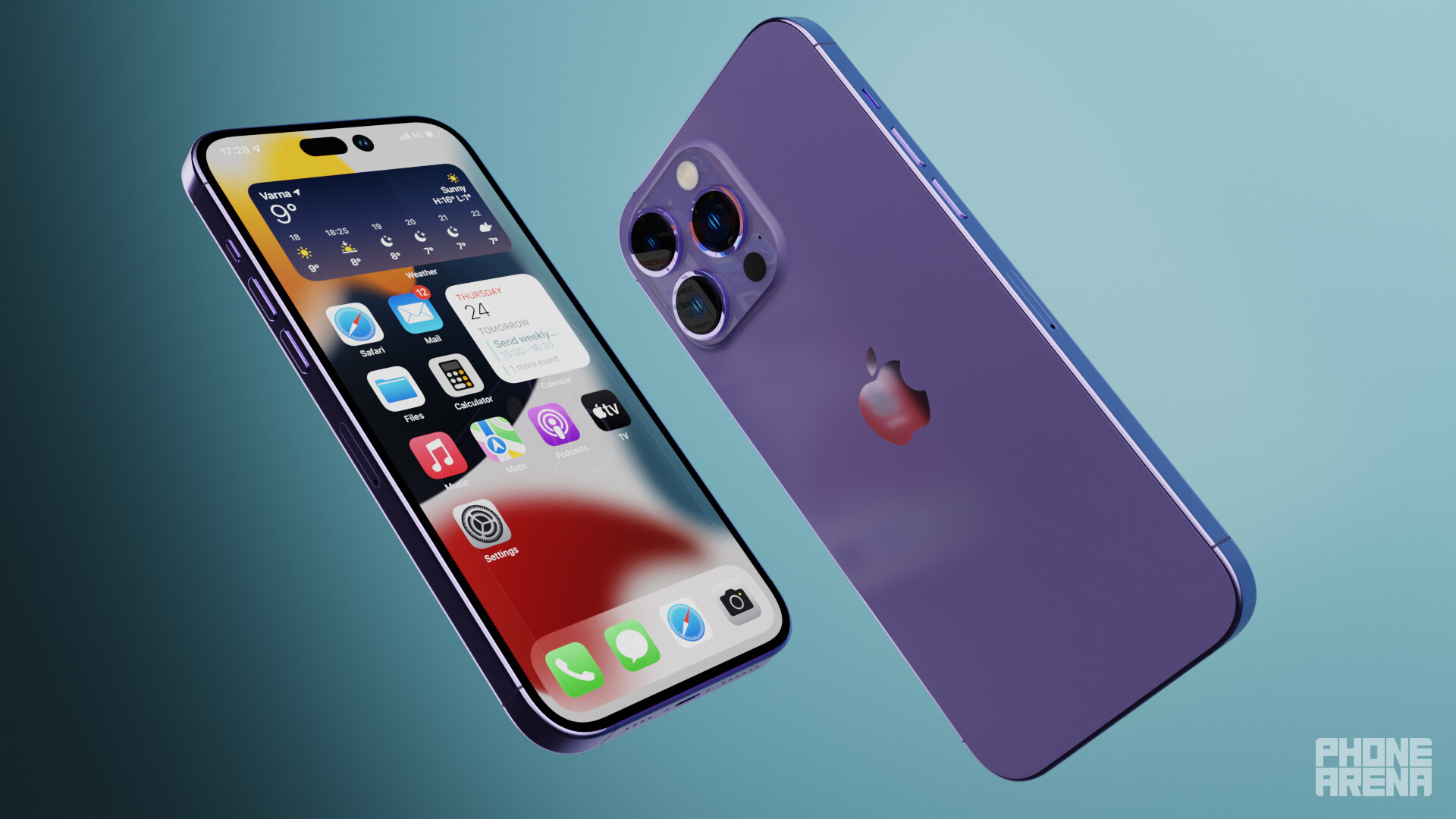 Apple has a purple Max surprise for you!

The other obvious factor that makes the iPhone 14 an iPhone 13S, in my view, is that the new 2022 model is expected to reuse the same old design which we’ve seen since iPhone 12. Yes, unlike its Pro counterparts, the modest iPhone 14 is expected to retain the infamous notch, which, although iconic, is slowly going out of fashion…Of course, the saving grace for Apple here is the brand new iPhone 14 Max model, expected to start at $900. Although, at first sight, it makes no sense, this one replaces the iPhone 13 mini, putting an end to Apple’s small small phone attempts.

The iPhone 14 Max will carry a bigger 6.7-inch display and a noticeably bigger battery than the regular iPhone 14, which is expected to retain its 6.1-inch screen. Although the 14 Max isn’t an entirely new concept for Apple (they already have a Pro Max iPhone), it will feel like something entirely new for those who want to pay less and get more.

Apple recognizes the demand for phones with bigger screens and bigger batteries, which allow you to enjoy content in a more immersive way and for longer. Therefore, I have no doubts that customers will respond positively with their dollars. In fact, it won’t be a surprise if the iPhone 14 Max becomes the best-selling iPhone 14 model (especially if the Pro models go up in price). 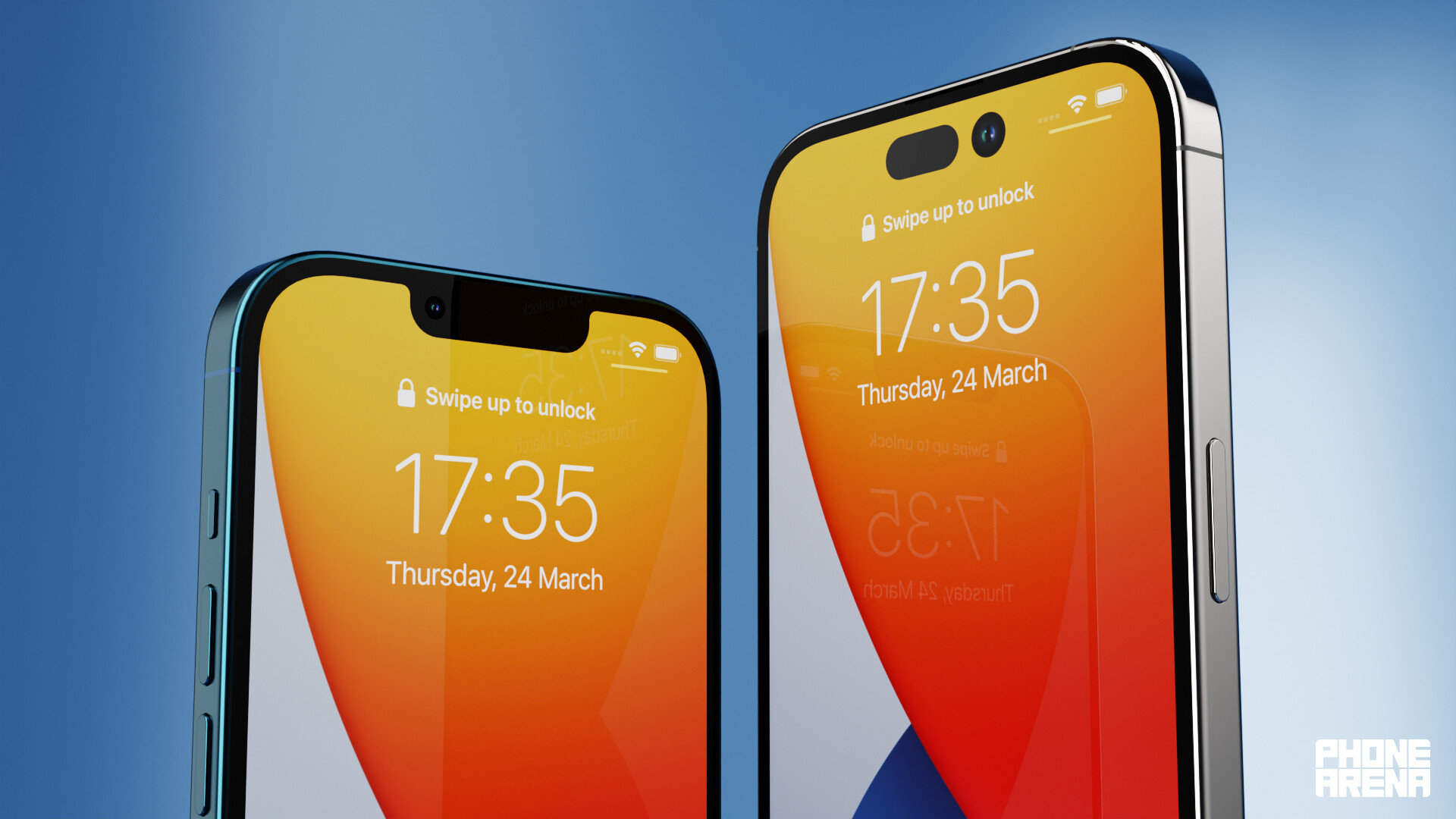 14 is for the influencers!

As I like to point out, Apple likes to “recycle” Pro iPhone hardware by accommodating it for the new vanilla iPhone, and I don’t expect this year to be any different. When it comes to camera hardware, iPhone 13 borrowed the exact same sensors from the 2020 iPhone 12 Pro Max, and it only makes sense that iPhone 14 and iPhone 14 Max will borrow the primary and ultra-wide-angle cameras of the iPhone 13 Pro.

That’s right – not the iPhone 13, but the iPhone 13 Pro and iPhone 13 Pro Max. By all means, that’s good news for those who might be looking to buy a vanilla iPhone 14 model – this one will enjoy flagship-grade camera hardware. Sure, 2021 flagship-grade, but still…The reason Apple can be more generous to its budget-oriented users because iPhone 14 Pro and iPhone 14 Pro Max are getting brand new 48MP cameras, which will be enough to differentiate the cheaper from the more expensive models thanks to features like native 8K video recording, bigger primary sensor, and more detailed photos overall. Everyone wins. Supposedly.
One exception to Apple’s hardware recycling rule will be the iPhone 14 and iPhone 14 Max’s selfie cameras, which are said to be getting a much-needed upgrade to a brand new 12MP sensor with a wider f/1.9 aperture with autofocus. This will help you and your friends stay in focus when taking photos and videos of yourself, and deliver improved low-light quality. 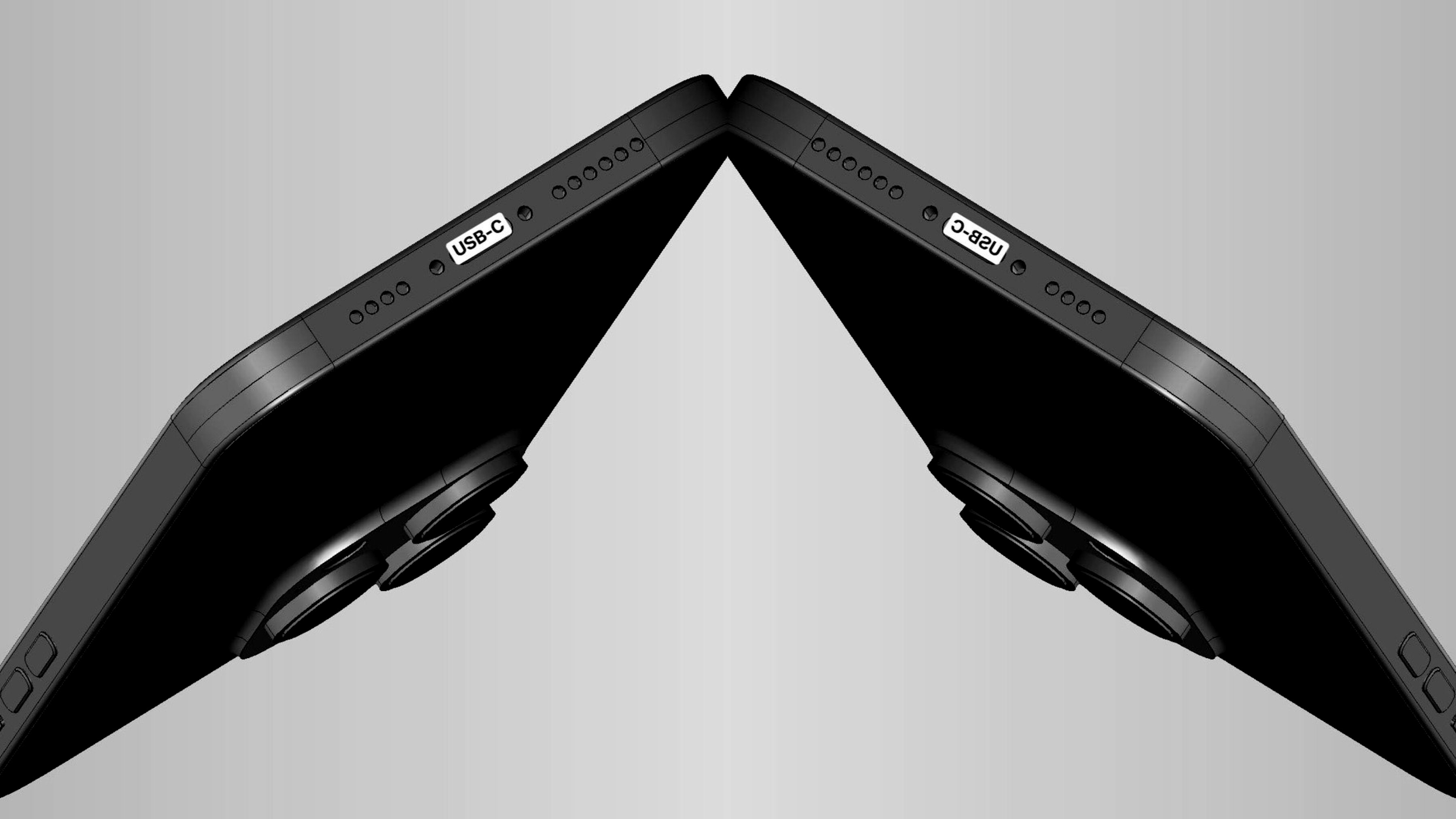 Sure, iPhone 14 and iPhone 14 Max are sticking to the same old notch, and they are even expected to use the same A15 Bionic chip found in the iPhone 13. Then again, the notch will be housing the same Face ID found on iPhone 14 Pro (love it or hate it), and as we established the 8-core GPU A15 Bionic chip from iPhone 13 Pro will keep you going for years to come.

Also, the iPhone 13 Pro’s cameras are still incredible and will fit nicely with Apple’s $800 iPhone 14. Moreover, you’re getting a brand new selfie shooter – the same as on the iPhone 14 Pro.

Budget iPhone battery life is also expected to set new records, thanks to the iPhone 14 Max, and I’m sure that millions of iPhone customers will appreciate this and vote with their credit cards.

For those who like to shop for iPhones on places like eBay, 2022 will be your lucky year since you won’t be missing out on much at all by choosing last year’s iPhone.

If a new selfie shooter and a bigger iPhone 14 Max (with a bigger battery) aren’t tempting to you, there’s no reason not to get an iPhone 13 for $200-400 less, depending on the deal you’d be able to find. Same chip, almost the same cameras, same design… it’s a no-brainer for those on a budget.

After ages of “leaks” and rumors, iPhone 15 is now expected to switch to USB-C thanks to new European legislation (yet to be completed), and this is by far the biggest reason to wait for the 2023 model. But it gets better…

According to reliable tipster, Ross Young, iPhone 15 will switch to the new double punch-hole design (same as iPhone 14 Pro), a new processor (might be the A16 Bionic from iPhone 14 Pro), and of course, bring further tweaks which are yet to be revealed by leaks and rumors.Let’s wait and see the iPhone 14 first, but if the leaks and rumors become a reality, I know I wouldn’t mind a used iPhone 13 in case I need an urgent upgrade. If not… iPhone 15 is shaping up to be a different beast altogether. I mean… USB-C?! Come on!
Previous Post