Is 2022 the year we give these so-so games a chance? If there are more delays, it’ll have to be 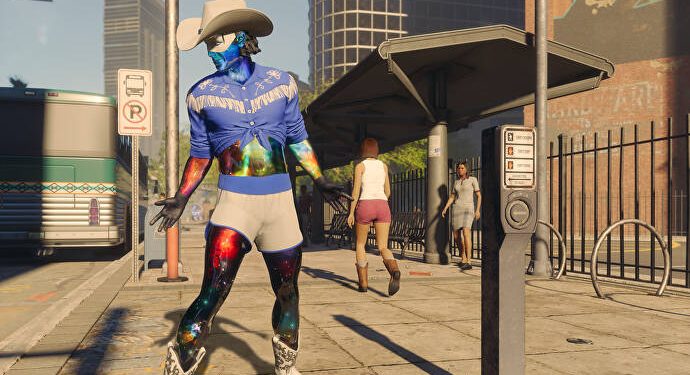 
Before it even began, everyone was banking on 2022 being an all-time great. Many of the highly-anticipated games from the year before got pushed back to 2022, and when you consider the games already targeting this year – we were unquestionably in for one of the toughest Game of the Year showdowns.

Who wins the Breath of the Wild 2 vs Elden Ring fight? Is Rocksteady’s new game after years of dormancy actually good? Will Lego Star Wars: The Skywalker Saga come out this year? What’s the deal with God of War Ragnarok? Will Firaxis do the right thing and take cards out of Midnight Suns? Will the Stalker sequel stand up to the classic games? Will DICE turn Battlefield 2042 around?

Those, and many others, were all questions on our collective minds around January. The point is: there was no way 2022 was going to have a shortage of big, tentpole games to play and talk about. A few short weeks later, however, reality began to take hold, and, one by one, our most anticipated games got pushed back to 2023 and beyond.

Suddenly, the tide receded to reveal a few of the games we had overlooked in our rabid fixation on the heavy-hitters. The few that, in a different version of 2022, would have likely not registered on many of our radars. Tunic, OlliOlli World, Weird West, and Trek to Yomi are all prime examples.

But in our present 2022, the sky is clear – too clear, and our radar screens are practically begging for a blip. All this quiet has made us reconsider games we might not have before. Those are the games we want to talk about today.

Obviously, we don’t intend for this to be a comprehensive list, or even an objective one. It’s very possible some of you were looking forward to many of those games already, without needing any extra incentive. But, as the big publishers edge closer to the end of the year with precious little on their slates, it‘s worth looking elsewhere.

Seeing as we’re writing this in July, the next big game on the horizon is Saints Row. Let me just start by saying I have nothing against reimagining the story with a younger cast and a new location. I’m definitely not losing my shit over the white people to non-white ratio in the cast like some are, either.

But Saints Row, to me, is of a time and place. The penthouse mission that starts with you jumping out of a helicopter, skydiving towards the roof before you land in the pool to reclaim the place for your gang – all as Kanye West’s Power is blaring in the background – is just one of those iconic moments that I’ll never forget. The rest of the game was fine, great even, but I’m always going to bring up moments like that.

Saints Row 4 picked up the spoofs mantle, and I loved the new movement abilities it introduced and how its whole structure was basically a Mass Effect parody. The jokes were made, I laughed at them, and had a hell of a good time, but I don’t ever think to go back to those games, and I doubt the humour would hold up today.

The new Saints Row looks tame by comparison. And maybe the narrative is hiding gold. After all, it’s not exactly easy to show off your writing and comedy chops in trailers without it being taken out of context. But I don’t know what to look forward to in a new Saints Row. I like that Insurance Fraud is back, and what’s been shown so far looks solid – mechanically – but nothing I’ve seen is blowing my mind.

I doubt any other major game will be occupying my time when Saints Row is out, which makes me more likely to check it out, so I’ll probably do that.

I’ve been playing games for a long time, and my opinions and tastes have changed and evolved. There’s one thing, however, one mechanic/feature that sends me flying out the door the second it’s mentioned: cards/deck-building. I don’t need to get into why I’m not a fan here, but I’ll just say that I play video games to do cool shit I can’t already do in the real world.

As a big fan of the new XCOM (only the first one, though), I’m by default interested in Midnight Suns. XCOM with Marvel heroes and an RPG structure where you befriend Iron Man and go around your hideout chatting up Blade and Dr. Strange is an excellent pitch. So why, oh why, did you have to smother that with the addition of cards?

Firaxis has had a bit of a rough time marketing Midnight Suns, and I think part of that is the initial reaction to the game’s reveal. The developer has been very cautious about what it shows, choosing to highlight the high-level gameplay and the downtime at your homebase rather than dig into cards and deck-building.

But this relative silence is also not doing the developer any favours. The game never looked polished or graphically stunning enough to make it easy for us to look past all the cards business, and I’d wager 2K is running out of time to make a case for it, or give the sceptics a reason to get over the cards hump.

That part of October is quiet, though, so Midnight Suns is probably going to catch a few of us looking for the next big thing that side of Modern Warfare 2.

I have a bit of love-hate relationship with Spiders, the French studio behind Steelrising. It always seems like it’s constantly trying to bite off more than it can chew; cramming its games with RPG systems, animation-led combat, expansive worlds and modern visuals. But it never fully works out. At best it’s budget BioWare, and at worst, well… let’s not get into it.

Everything I’ve seen from Steelrising tells me that Spiders has clearly not reigned in its ambitions, and that worries me. James recently spent a couple of hours playing it, and though he enjoyed his time on the whole, his preview didn’t convince me that all of the game’s Soulsborne aspirations are necessary, or even appropriately utilised.

I love FromSoftware’s work, of course, and calling your game a Souls-like is an easy way to make me interested. There’s a bit of Bloodborne, traditional Souls, and even some Nioh in the gameplay we got to see so far of Steelrising. If nothing else, maybe it’ll be mechanically compelling?

In any other year, this would probably be a game I get on sale in December to see if it turned out okay or as middling as expected. In our version of 2022, however, there’s a lot more room for it to be a sleeper hit, and I’m rooting for it.

As the number one non-fan of Ubisoft’s Trademark Formula, I shouldn’t be looking forward to Skull and Bones. And really, having seen the recent gameplay re-reveal, I can’t honestly point to a single thing in there that had me excited.

Part of why I was hopeful for Skull and Bones initially is that the gameplay we all saw all the way back in 2017 looked significantly more impressive. This many years later, I don’t understand how the game looks worse than that demo (let alone one exclusive to new consoles!) Back then, we were still riding high on the Assassin’s Creed 4: Black Flag hype, and the idea of a game that expands on one of the best parts of Black Flag felt perfect.

Things have changed so much in those five years, however, and Skull and Bones now looks like a game out of time; one that Ubisoft just wants to close the book on, so it’s putting out whatever version of it exists today and calling it a day.

On top of all that, it’s also going to be released one day before God of War Ragnarok. And yet, I am still curious to see what kind of game it turned out to be. Sea of Thieves’ directionless gameplay, lack of meaningful mechanics, and overbearing British humour all make it impossible for me to enjoy.

But I would still like to sail a 1700’s ship, circle around and fire upon other ships, and occasionally claim their cargo. Even if I’m trying hard to make myself excited about it.

I’ve come to terms with the fact I’m never going to be smart enough to manage the complexity of Company of Heroes. I’m more of a classic Westwood RTS fan. The sort that selects all units and attacks the enemy base.

My meagre organisational skills can’t handle unit production, attack/defence tactics, and setting up ambushes – all while simultaneously worrying about fuel lines and maintaining a frontline. But damn if I don’t like watching its buildings fall apart as I run my clunky WW2 machinery through them.

I’ve played the two mainline Company of Heroes games and enjoyed them to varying degrees. Multiplayer is off-limits for me, and so is skirmish, typically. But I like to mess around with their campaigns, even if I never see them to their conclusion.


Get your ears wrapped around VG247’s Best Games Ever Podcast. It’s brilliant, and that’s not just a view we hold as the people that make it. 30 mins, funny, and you can even play along at home by shouting out your suggestions. We won’t hear you, but you’ll have fun! Get all the podcast episodes here.

I’m looking forward to Company of Heroes 3 for a few reasons, not least of which that 2022 is just so goddamn devoid of the sort of games that would easily have grabbed my attention at that point in the year. This is also a game coming out in the post-Total War explosion, meaning it’s not just a standard RTS, it’s a tactical strategy where you take turns making high-level decisions on a world map, before getting your hands dirty and actually fighting the battles when you need to.

I’ve enjoyed this part of the recent Total War games, so I imagine I’m going to feel pretty good about that structure with more modern weaponry. Company of Heroes 3 comes out a week after Ragnarok, but it’s the sort of game you can easily pick up at the end of the month once you’re done with God of War.

I used our excellent, very useful 2022 game release date list while writing this, and I reckon you should bookmark it to stay up to date on our erratic release schedule.