Is Austria vs Scotland on TV tonight? Kick-off time, channel and how to watch friendly fixture 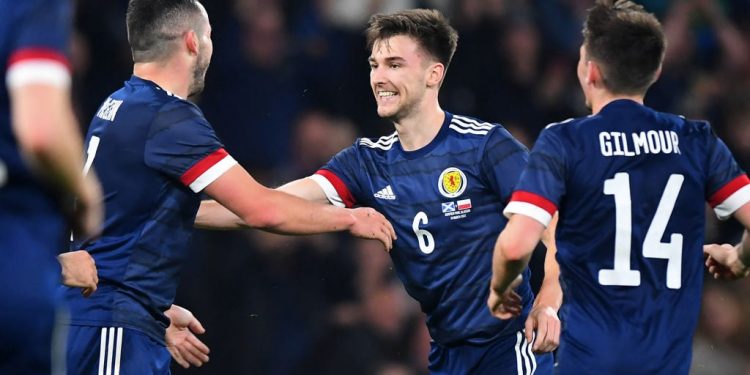 Scotland face Austria tonight in an international friendly match but with their upcoming World Cup play-off still on their minds.

Steve Clarke’s side will be included in Friday’s World Cup draw despite their play-off semi-final with Ukraine being postponed due to Russia’s invasion of the country.

They must beat Ukraine in the rescheduled match, which is likely to be held in June, before then defeating Wales to claim their place.

Wales are through to the play-off final after beating Austria 2-1 last Thursday thanks to a double from Gareth Bale. Scotland are therefore facing Austria tonight due to the prior arrangement between the nations.

Here’s everything you need to know before the match tonight.

When is Austria vs Scotland?

The match will kick off at 7:45pm BST on Tuesday 29 March in Vienna, Austria.

The match will be shown live on Sky Sports Football, with coverage beginning at 7:40pm. If you’re not a Sky customer you can grab a NOWTV Day Pass here to watch without a subscription.

Scotland captain Andy Robertson missed Thursday’s draw with Poland due to illness but is expected to come back into the side. Stephen O’Donnell, Kenny McLean and Stuart Armstrong could also come into the side.

This is a match that Austria certainly do not want to play and the home fans are set to show their disapproval by staying away from their Ernst Happel Stadium. Scotland won here in September, are in decent form, and will be wanting to take this match seriously. Austria 0-1 Scotland

The Sonic Cinematic Universe Is Coming, And It Looks Like We’re In Phase One

The Sonic Cinematic Universe Is Coming, And It Looks Like We're In Phase One