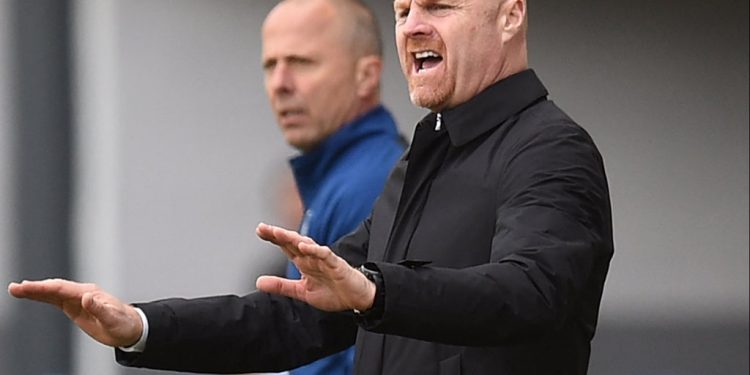 Everton and Burnley will battle for crucial Premier League points tonight as they attempt to stave off relegation from the top flight.

Both sides have endured a torrid time of late, with Burnley’s 2-0 loss to league leaders Manchester City on Saturday marking their fourth defeat in a row and leaving Sean Dyche’s side 19th in the standings – four points from safety.

Meanwhile, Everton were reduced to 10 men in their 2-1 loss at West Ham, Michael Keane’s red card capping off a disappointing afternoon for Frank Lampard’s team, who are 17th in the table and three points above the relegation zone.

Both clubs are in desperate need of points and momentum as they go head-to-head at Turf Moor, so it looks like being a tense evening of Premier League action.

Here’s everything you need to know about tonight’s game.

The match will kick off at 7.30pm BST on Wednesday 6 April.

Burnley boss Dyche should have a full squad to pick from, but things aren’t so straightforward for Lampard.

Donny van de Beek sustained an injury during his warm-up ahead of Everton’s loss to West Ham so could miss out here, while Yerry Mina will not return in time for this fixture.

Nathan Patterson picked up an injury in training last weekend and is expected to be out for an unspecified period of time, and Michael Keane’s red card against the Hammers rules him out this evening.

Two teams in poor form to cancel each other out. Burnley 1-1 Everton.

Which Couples Are Still Together from 90 Day Fiance: Before The 90 Days (Season 5)?