Is Eintracht Frankfurt vs Barcelona on TV tonight? Kick-off time, channel and how to watch Europa League fixture 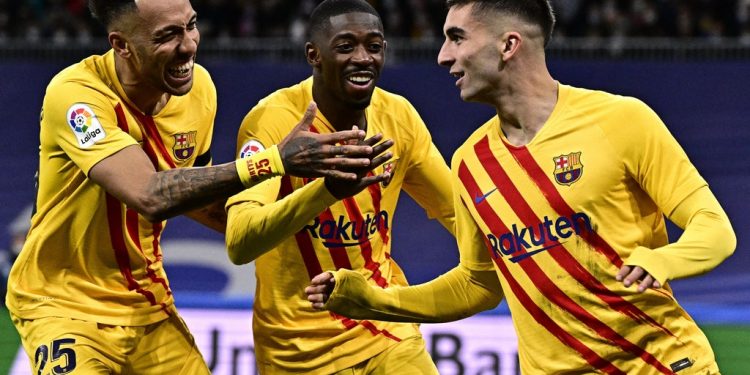 The favourites to win the Europa League, Barcelona, are in action in the quarter-finals on Thursday night – and they face German opposition in Eintracht Frankfurt.

In the Bundesliga, Eintracht have been performing well of late but sit in ninth and need a big end to the campaign if they are to seal a return to European football next year.

Barcelona, however, have overcome a dreadful start to the season and are revitalised under Xavi Hernandez, moving up into second place in LaLiga with a weekend 1-0 win over Sevilla – they’re looking good for a return to the Champions League in 2022/23.

Before then, though, silverware is up for grabs in this competition and the two clubs know victory over two legs here will set them up for a semi-final against West Ham or Lyon.

Here’s everything you need to know ahead of the match tonight.

When is Eintracht Frankfurt vs Barcelona?

Where can I watch it?

This fixture is scheduled for broadcast on BT Sport Extra 1. Subscribers can stream the game via the BT Sport app and desktop website.

No major absences for the German side, with Martin Hinteregger back from a domestic suspension and the only two injuries being to backup forward Ragnar Ache and young goalkeeper Diant Ramaj.

Barcelona are missing a few senior names including Sergi Roberto, Ansu Fati and Samuel Umtiti through injury, while Dani Alves was not registered for this competition. Luuk de Jong is a doubt after missing the weekend game through Covid. Adama Traore is hoping for a recall in attack but Memphis Depay is out.

Both sides to find the net but Barca need to perform better in this tie than they did against Galatasaray in the last round. Eintracht 1-1 Barcelona.