Is Everton vs Manchester United on TV today? Kick-off time, channel and how to watch Premier League fixture 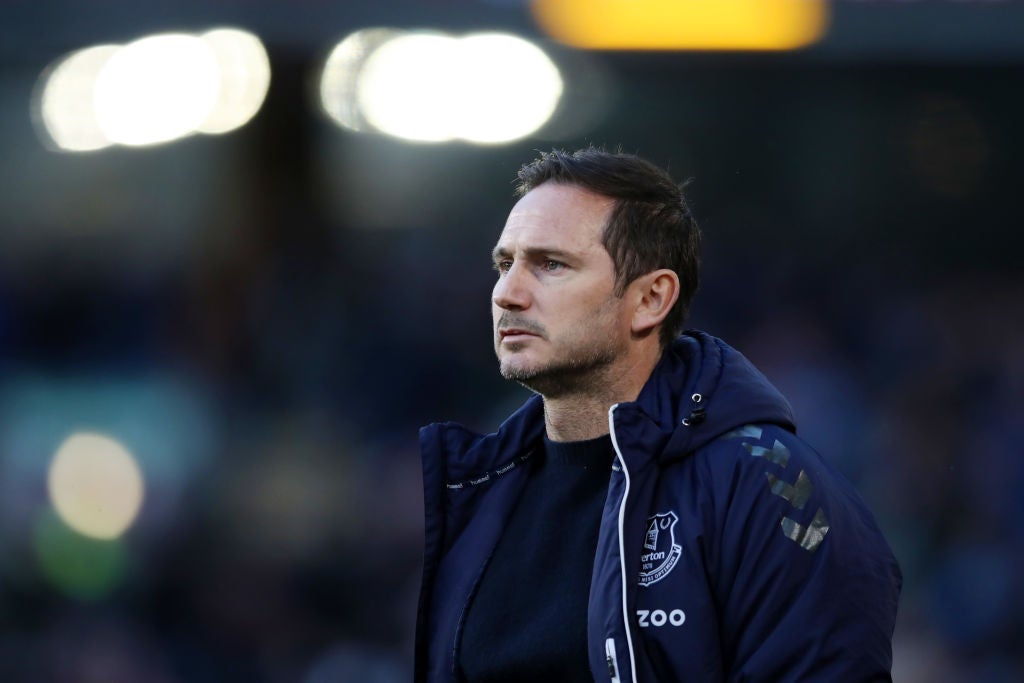 Frank Lampard has only been at Everton a couple of months, but disastrous results have led to him already coming under pressure for his job, as the Toffees look to avoid relegation to the Championship. The boss is keeping his cool though and isn’t worried by sack rumours.

“I know the rules. For me, in my relatively short managerial career I spent 18 months at Chelsea where I was probably two games from the sack,” he said. “Maybe that’s a symptom of football in the Premier League. That’s pressure, that’s fine, you sign up for that. I have no problem with that in terms of speculation.”

Even so, Everton must quickly start to pick up points and face a big test at home to also-out-of-form Manchester United in Saturday’s early kick-off.

United are down to seventh and need a win themselves if they want to stay in the race for a top-four finish, with Arsenal and Tottenham starting to pull away.

Here’s everything you need to know ahead of the game.

When is Everton vs Manchester United?

The fixture kicks off at 12:30pm BST on Saturday 9 April at Goodison Park.

Where can I watch the game?

This game will be broadcast live on BT Sport 1 and BT Sport Ultimate, while subscribers can stream online via the BT Sport app and desktop website.

United are without Raphael Varane, Scott McTominay and Luke Shaw from their regular starting line-up. Edinson Cavani is also out, though probably wouldn’t play in any case. Cristiano Ronaldo should return and Nemanja Matic is in line for a recall too, while Marcus Rashford is again reduced to hoping for a start at right wing.

The Toffees simply have to find a way to get a result this time as relegation looms large, while United’s away form is patchy at best. It ends in a tie. Everton 1-1 United.

It’s official: Unpacking was 2021’s game of the year (and it’s coming to PlayStation soon)

It’s official: Unpacking was 2021's game of the year (and it’s coming to PlayStation soon)