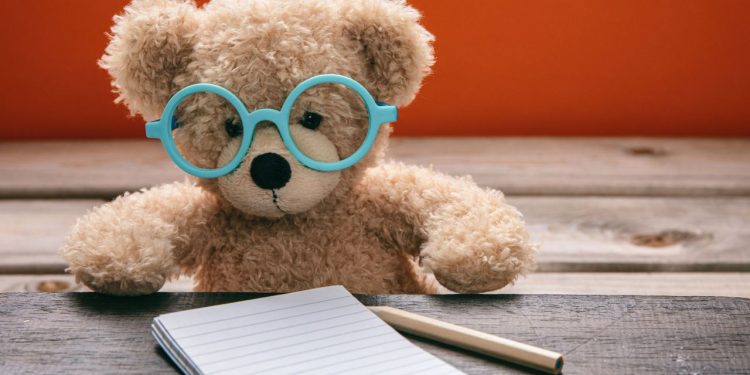 Over the holiday weekend, investors were bombarded with headlines announcing “the stock market’s worst first-six-months in 50 years” and “Tech stocks lose $1.6 trillion in worst streak in six months.”

If you looked no deeper, you’d be likely to conclude that all hell was breaking loose.

Unfortunately, there’s no question about it: The market has thrown a nasty fit this year, and the future is filled with big challenges.

I have no interest in sugarcoating any of the bad news. But thoughtful investors deserve more insight than they’ll get from the financial media’s quick-hit conclusions.

Here are five lessons that perhaps you didn’t read about.

One: The first half of this year wasn’t even close to the worst six months investors have faced in the past 50 years. At the end of February 2009, the S&P 500 index
SPX,

was down 41.8% from just six months earlier.

I’m not relating this in order to make you feel better. I think you should know this because things could (and probably sometime in the future will) be considerably worse.

Warren Buffett and other legendary investors have said that you shouldn’t be invested in the stock market unless you are willing to lose half your money at some point.

One unpleasant fact of life is that losses in the stock market are normal. So are recoveries, which usually start suddenly when hardly anybody is expecting them.

The aggressive ARK Innovation ETF
ARKK,
,
with nearly 22% of its holdings in just three stocks — led by Tesla
TSLA,

— was down 55% for the year through Friday, as some of the stock market’s former darlings turned to dogs.

Three: Many people have been seriously let down by some popular alternatives that were sold as hedges against inflation and bad times in the stock market.

Bitcoin just finished its worst month in the 12 years of its existence, down more than 38%. Ether, the world’s second-biggest cryptocurrency in terms of market capitalization, lost about 47% in the first half of this year.

Four: Diversification helps, even though it usually can’t turn a losing period into a winning one.

In a recent article, Five great equity strategies over the past 94 years, I described four relatively simple U.S. equity strategies as alternatives to the S&P 500. Here’s how they held up in the first half of this year, based on best-in-class ETFs:

The advantages of value stocks, both large-cap and small-cap, were the drivers of the not-quite-so-bad performance of these strategies.

Investors often shun value stocks, and in many years their returns are disappointing when compared with those of the S&P 500. But in many other years — and 2022 so far is one of them — value stocks provide better returns.

Five: Bonds are tricky. I’m often asked why any sane investor would want to own bonds. It’s a good question, and as far as I can tell, there are only three reasons to own bonds.

You can own bonds in order to collect the interest payments. In that case, what happens to the price of the bonds is irrelevant. Yours can’t be for sale.

You can own bonds hoping to sell them at a higher price than what you paid. That’s essentially a bet on the future of interest rates. If rates rise, your bonds probably lose market value; if rates fall, existing bonds become more valuable.

Most investors own bonds for a third reason — to mitigate the ups and downs of the stock market. Bond prices go up and down, of course, but their swings are usually less than those of stocks.

So far this year, bond prices are down. However, investors who held bond funds lost less than those whose portfolios were entirely in equities.

Our suggested tax-deferred portfolios include three bond-fund categories, each of which lost money in the first half.

·      Half our recommended bond position is in intermediate-term Treasurys
SPTI,
,
down 7.7%.

I’m not in favor of long-term government bonds. They can appreciate robustly when interest rates are falling, but they don’t do well at all when rates are rising. In the first half of this year, Vanguard’s long-term Treasury bond fund
VGLT,

All of this, of course, relates to the past. The really important question at this point is What now?

Will the stock and bond markets continue to fall? Will they go in opposite directions? Will they both rise for the rest of 2022? Of course there is no way to know, but if you check back with me in six months, I’ll be able to tell you exactly what your best move would have been this week.

Lacking that foresight, I can only fall back on the fourth point I made above: Diversification helps. That isn’t likely to make any headlines in the financial media. But it should never be far removed from your consciousness.

For more of my thoughts on the first half of this year, check out my latest podcast.

Richard Buck contributed to this article.

Paul Merriman and Richard Buck are the authors of We’re Talking Millions! 12 Simple Ways to Supercharge Your Retirement. Get your free copy.