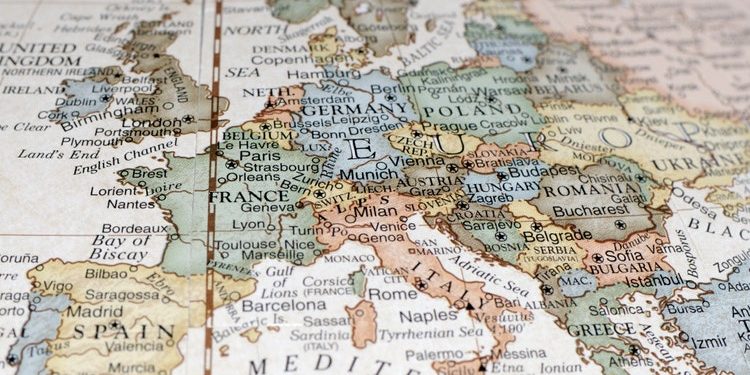 
If you’re a subscriber to The Lead-Lag Report, you’d note that the prospects of international markets are something that I’ve been highlighting all through this year. I believe there’s ample value to be found in this pocket if you know where to look. One area that looks particularly tantalizing is the European markets. If this is a terrain you’d be interested in exploring, then you may consider looking at the iShares Core MSCI Europe ETF (NYSEARCA:IEUR). This is one of the largest European focused ETFs around, with AUM of nearly $5.5bn. IEUR covers large-, mid-, and small-cap stocks within the developed market countries of Europe. It is also one of the most cost-efficient options around with an expense ratio of just 0.09%.

From a GDP growth perspective, there’s not an awful lot to choose between the local economy and Europe; the US is expected to deliver GDP growth of 4% this year whilst Europe is not far behind with an expected figure of 3.9%. Both regions are expected to slow towards the 2.5-2.6% mark in the following year.

The key catalyst for IEUR in the medium term is what could happen with rates; over the past few months, much of the debate has hovered around how many rate hikes the US Fed would bring through in 2022. European considerations had remained rather subdued until last week, as the belief was that inflation would remain a passing fad. We’ve now seen some shift in that narrative with major institutions such as Goldman Sachs betting that we may see a quarter-point increase in interest rates in September and December. This would finally lift the benchmark deposit facility rates away from negative territory. You can imagine what a world of good this would do for the beleaguered European banking sector that has been holding a portfolio of negative-yielding bonds for years.

As posited in The Lead-Lag Report, one could perhaps make a case for European banks serving as notable proxies to play a potential melt-up trade.

Of course before rates can be lifted, we still need to see net asset purchases come to a halt but I don’t believe the ECB can be lackadaisical about the situation now; Bundesbank members have suggested that the economic costs of waiting too long may prove to be pernicious. Even if there’s no official word as yet, one can’t disregard recent trends that have afflicted European bond yields. Incidentally, the 10-year German bund yield, which had been in the red since Q2-19, has been trading above the +0.2% levels all week (last month this was closer to negative 0.06%). Regardless, note that US financials had rallied strongly on the prospect of high rates from the Fed and we could see a similar picture play out with European banks.

Speaking of rates, it’s also worth noting that the Bank of England is fairly aggressive in this space and recently 4 out of the 9 voting makers wanted to hike rates by 0.5% instead of the 0.25% that was eventually agreed upon. The BoE statement also implied that peak inflation was still miles away so this environment of higher rates will also reflect well on UK-based financials. Incidentally, UK based stocks account for the largest share of IEUR’s portfolio at nearly 25%.

This pivot towards higher rates will not only aid European financials (incidentally the largest sector within IEUR) but you also have to consider how it could help stimulate the Euro which in fairness has had a rough few months until recently. The recent leg-up in the EUR/USD pair could serve as the first leg-up in a potential multi-month rally as the Euro seeks to make up for lost time.

Pictorially as well, one can also get some sense of the value on offer here; over the years, IEUR’s performance vs. SPY has been worsening over time and currently, it is close to its lowest ebb; at such lowly levels, you’d think some bargain hunters would come on board, prompting some rotation away from SPY to IEUR.

Sometimes, you might not realize your biggest portfolio risks until it’s too late.

That’s why it’s important to pay attention to the right market data, analysis, and insights on a daily basis. Being a passive investor puts you at unnecessary risk. When you stay informed on key signals and indicators, you’ll take control of your financial future.

My award-winning market research gives you everything you need to know each day, so you can be ready to act when it matters most.