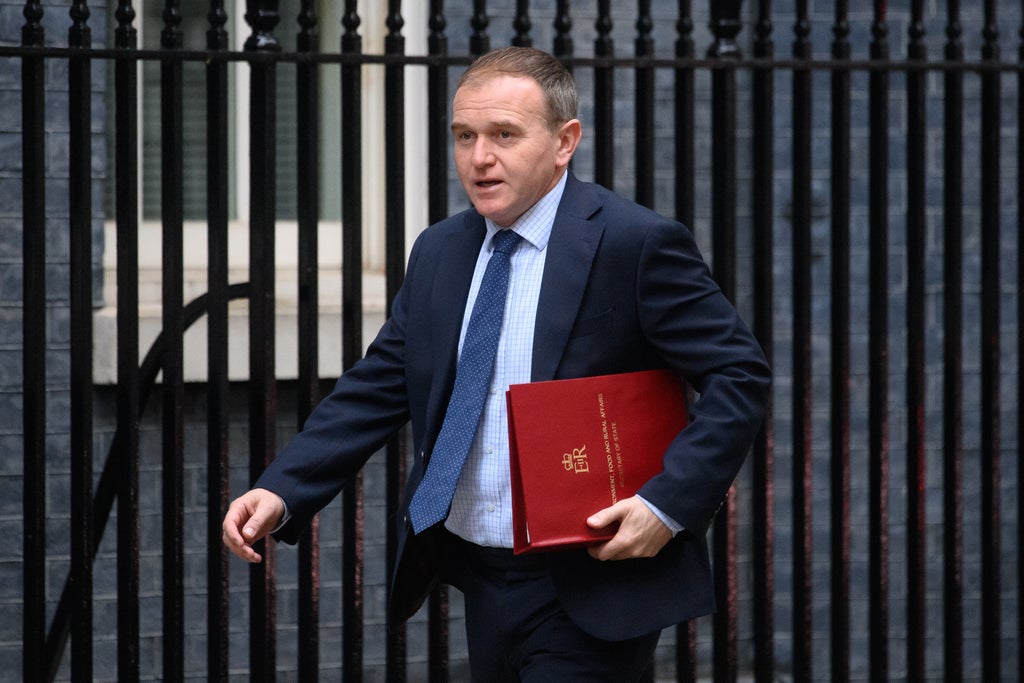 George Eustice has apologised to a disabled Israeli minister for being unable to access the Cop26 climate summit, but appeared to place blame on the country’s failure to communicate “particular” access needs.

The environment secretary’s remarks came after Karine Elharrar, an energy minister, suggested it was “sad” the United Nations event did “not provide accessibility” after she was she was left unable to participate in proceedings

According to Reuters, Ms Elharrar told Israeli media she could not reach the conference grounds because the only options to get there from the gathering area were to walk or board a shuttle that was not suited for a wheelchair.

The incident occurred on the first day of the Cop26 summit in Glasgow, with global leaders gathering in an attempt to thrash out an agreement to keep prevent global temperatures rising more than 1.5C degrees above pre-industrial levels.

But he added: “What would normally happen in this situation is that Israel would have communicated that they had that particular need for their minister — there was obviously something went wrong in this instance and they weren’t aware of that and so they hadn’t made the right provisions for the particular entrance she was coming to.”

Pressed on disabled access in general to the Cop26 summit, Mr Eustice said at “most of the other entrances… wheelchair access is there.

“It was because she came to an entrance where they didn’t have that provision, but we obviously deeply regret that was the case and she should have been taken to sort that out.”

Mr Eustice, who said he would be meeting with Ms Elharrar later on Tuesday, went on: “We’ve apologised for it — it’s an event that everyone regrets. We want this conference to be accessible to everybody, especially with disabilities and other impairments.”

Tweeting about the event on Monday evening, Ms Elharrar said: “I came to Cop26 to meet my counterparts in the world and advance our joint struggle against the climate crisis”

According to a translation of her posts by Reuters, she added: “It’s sad that the United Nations, which promotes accessibility for people with disabilities, in 2021, doesn’t worry about accessibility at its own events”.

Israel’s foreign minister also called out the Cop26 organisers, saying: “It is impossible to worry about the future, the climate and about people if we do not first take care of human beings, accessibility and disabilities.”

UK foreign office minister James Cleverly said he was “deeply disappointed and frustrated” at the incident, while Neil Wigan — the UK ambassador to Israel — posted on social media: “I am disturbed to hear [Karine Elharrar] was unable to attend meetings at Cop26.

“I apologise deeply and sincerely to the minister. We want a Cop summit that is welcoming and inclusive to everyone”.

What Does the Secretary of Energy Do?