‘Israel had absolute power over Congress’: Trump suggests US ally was once in control of legislature 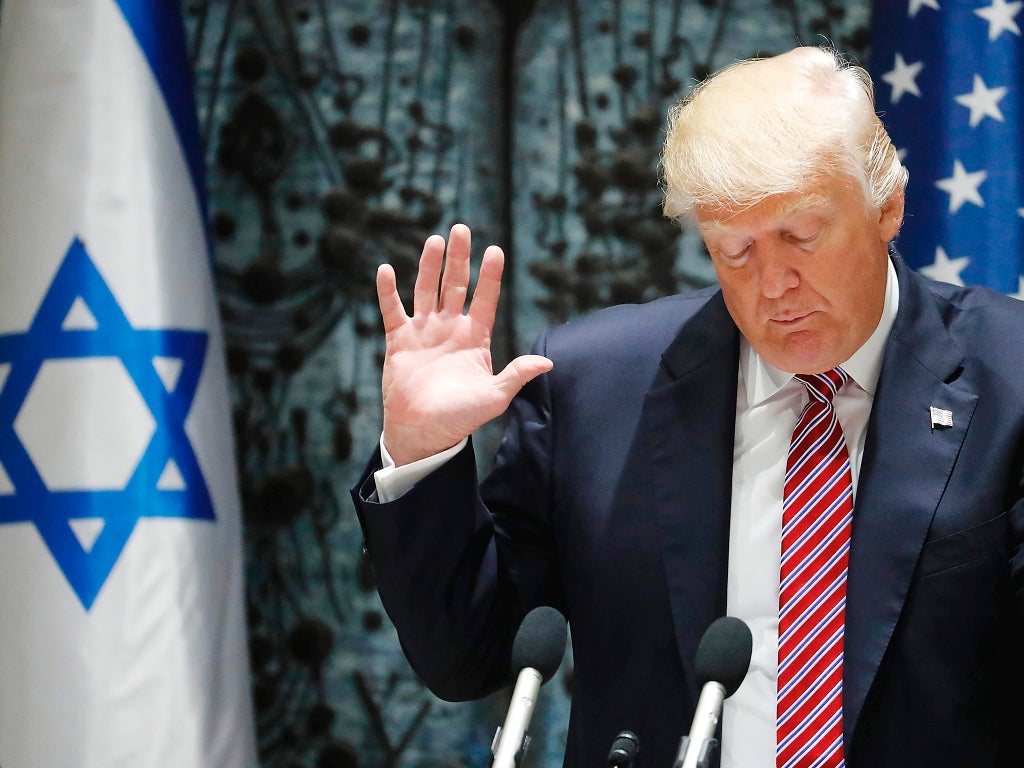 Former president Donald Trump has said that the State of Israel once had “absolute power” over the US congress but no longer does because of former president Barack Obama and President Joe Biden.

Speaking to Israeli journalist Barak Ravid during an interview for his recently-released book, Trump’s Peace, Mr Trump’s comments came immediately after he told Ravid that there are “people in this country that are Jewish” who “no longer love Israel” as much as “the evangelical Christians” (whose support for the Jewish state stems from passages in the New Testament that say Jews returning to what is now Israel is a precondition for the end of the world).

“It used to be that Israel had absolute power over Congress. And today, I think it’s the exact opposite,” Mr Trump said. “And I think Obama and Biden did that”.

Continuing, the former president lamented that Messrs Obama and Biden got “a lot of votes from Jewish people,” and said Jewish-Americans’ voting pattern “tells you that … the Jewish people in the United States, either don’t like Israel or don’t care about Israel”.

Mr Trump closed his remarks by complaining that The New York Times “hates Israel” even though “the Jewish people” run it, which was a reference to the Sulzberger family, the paper’s long-time owners.

The former president’s comments are reminiscent of antisemitic tropes which promote the false belief that Jews hold outsized political power across the world.

According to the Anti-Defamation League’s guide to such tropes, Antisemitism Uncovered: A Guide to Old Myths in a New Era, the “myth of excessive Jewish power … relies on historical claims of Jews controlling global affairs,” in which Jews “are cast as manipulative and conniving schemers who work in the shadows to advance an evil agenda”.

Mr Trump has frequently suggested that Americans who are Jewish should be “loyal” to Israel, which is also consistent with the antisemitic trope which holds that Jews are inherently disloyal to the countries in which they reside. In 2019, then-President Trump said that American Jews who voted for Democrats were “being very disloyal to Jewish people” and “very disloyal to Israel”.

The ADL guide to antisemitism states that anti-semites “frequently suspect Jews of holding allegiance only to fellow Jews and to a uniquely Jewish agenda”.

Representatives of prominent Jewish-American organizations were scathing in their criticism of Mr Trump’s latest remarks.

Joel Rubin, a former Obama administration state department official who now serves as president of the American Jewish Congress, told The Independent that the former president’s statements were “beyond words”.

In a statement to The Independent, an ADL spokesperson said it was “disturbing” that Mr Trump had “once again … linked his lack of strong support among most U.S. Jews to their feelings about Israel and used classic antisemitic stereotypes about Israeli and Jewish control of Congress and the press to bolster his argument”.

“In reality – and it’s sad that we need to restate this point yet again – the vast majority of American Jews support and have some type of connection to Israel, regardless of which political candidate they vote for, and neither Israel nor the Jewish people control Congress or the press,” the spokesperson said.