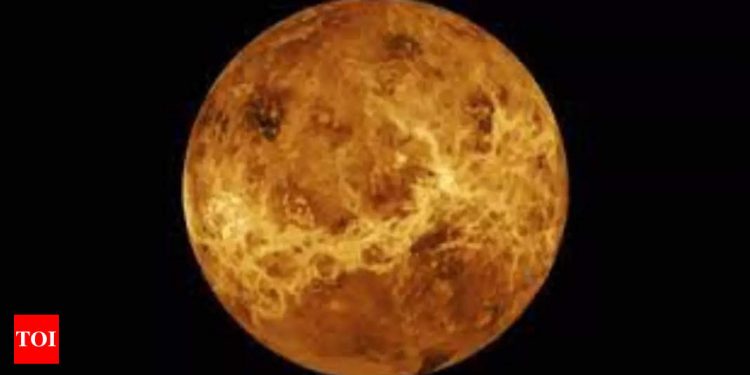 0
SHARES
0
VIEWS
Share on FacebookShare on Twitter
NEW DELHI: After successfully completing Moon and Mars missions, India is set to join the race with the US and several other countries to go to Venus. The mission’s objective will be to study the Venusian atmosphere, which is toxic and corrosive in nature as clouds of sulfuric acid cover the planet.
Isro chairman S Somanath says the work on the mission has been going on for years and that the space agency is now “ready to send an orbiter to Venus”. “The project report is made, overall plans are ready, money identified, all that is done. Building and putting a mission on Venus is possible for India in a very short space of time, as the capability today exists with India,” the Isro chairman said during a daylong meeting on Venusian science.

Isro is eyeing the December 2024 window for its launch with orbital manoeuvres planned for the following year when the Earth and Venus would be so aligned that the spacecraft could be put in the planet’s orbit using minimum propellant. The next similar window will then be available in 2031. However, Isro is yet to officially release a timeline for the Venus mission.
Experiments planned for the Venus mission include an investigation of the surface processes and shallow subsurface stratigraphy, including active volcanic hotspots and lava flows, studying the structure, composition and dynamics of the atmosphere, and investigation of solar wind interaction with the Venusian Ionosphere.

Besides Isro, Nasa is also sending two spacecraft to Venus to study the Earth’s mysterious twin. The US space agency has earmarked nearly $1 billion to explore the world of Venus. Likewise, the European Space Agency has also announced a mission to the neighbouring planet. Europe’s EnVision will be the next orbiter to circle over Venus, providing a holistic view of the planet from its inner core to the upper atmosphere.

Suns vs. Mavericks: Luka Doncic has to be held back from confronting fan during heated Game 2 in Phoenix – CBS Sports

Suns vs. Mavericks: Luka Doncic has to be held back from confronting fan during heated Game 2 in Phoenix - CBS Sports