It’s a shame you can’t battle friends in Pokemon Legends: Arceus, but the changes are worth it 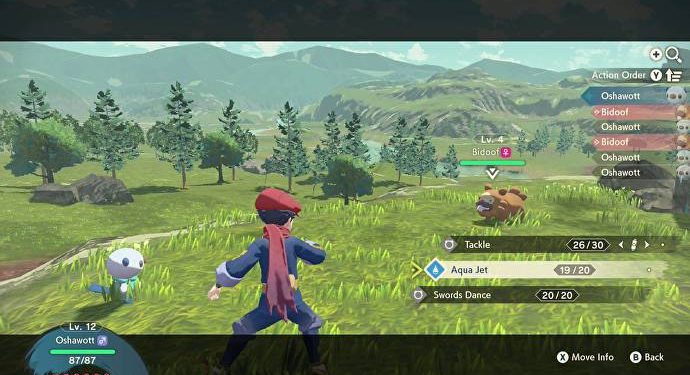 
Pokemon Legends: Arceus is brave. After years of relative stagnancy and careful iteration, it represents a major step forward for the Pokemon franchise. Sure, Game Freak and The Pokemon Company have made these changes in a game whose naming is clearly geared to angle it at a spin-off, but Legends Arceus is also set apart from Pokemon’s other side stories, which have generally speaking been more cheaply made and rooted in other genres. This is a spin-off with all the ambition and budget of a main game.

It is to Pokemon what the Nintendo DS was to the Game Boy – a “third pillar,” Nintendo argued, with a new Game Boy coming – until wild success meant that, no, the DS was actually the successor, and probably was all along, but for some light bet-hedging. Maybe that’ll happen here.

There are omissions from Pokemon Legends: Arceus, seemingly largely made to streamline things and tighten the scope of things. Pokemon being able to hold items is gone, for instance, a change that ripples into other systems like battle strategy and evolution methods. One of the biggest changes is the removal of passive Pokemon abilities, which sadly removes a thought-provoking complication when assembling a battle team.

These changes sting less in large part because Legends: Arceus also strips out a major feature: the ability to battle against other Pokemon trainers, either online or over local connection. While there’s online features in the form of satchels (a sort of sanitized version of a Souls bloodstain, showing you where some other player perished where you can return their lost gear for a reward) and Pokemon trading, this is ultimately a single-player game. The only showdowns you’ll have are against the AI.

I don’t know what Nintendo and The Pokemon Company have in store for the future of this franchise, and a big question mark in the competitive community will be what happens next with the missing features; if the next game is more traditional, if things like item holding and innate abilities return. But I know one thing: I unquestionably want some of the additions from this game to remain.

Now, admittedly, I’m no Pokemon pro. I’ve been to some of the competitive events and watched the pros. I take my hat off to them, eyes watering at the scale of the meta in a game that is, ultimately, for children. So perhaps I’m not necessarily the best person to decide this – but I have, shut up, deal with it.

The major new addition to battles in Legends: Arceus is the ability to perform moves in three distinct styles. The normal style is Pokemon Moves as you’ve ever known them, but then ‘Agile’ moves hit faster, but do less damage and ‘Strong’ moves pack a punch but slow the user down. This means that Pokemon’s turn-order, which was previously sacrosanct, can be muddied. You can perform Agile moves to line up a turn where you might get multiple attacks back-to-back, for instance, or go all-in with a Strong attack, hoping you won’t then give the opponent a window to attack twice.

I love this for a few reasons. For one, it’s a little sprinkle of the combat of more advanced turn-based RPG systems. For me, when I think of turn order management, I think of Final Fantasy X – not the first by any means, but one of the most memorable to me. But that also reminds of something else: almost every game I’ve seen with a system like this has been a single-player endeavor, versus AI. So I can’t wait to see how a system like this works in a competitive environment, and how it might shake up the Pokemon meta.

So, yes. It sucks that you can’t battle friends in Pokemon Legends Arceus. It’s a shame that the options to play and interact with friends are so limited. But it works for this game – and it sets the board for exciting changes in the next Pokemon that does embrace competitive play. I can hardly wait.