It’s Doctor Strange in the multiverse of millions at the weekend box office – The A.V. Club 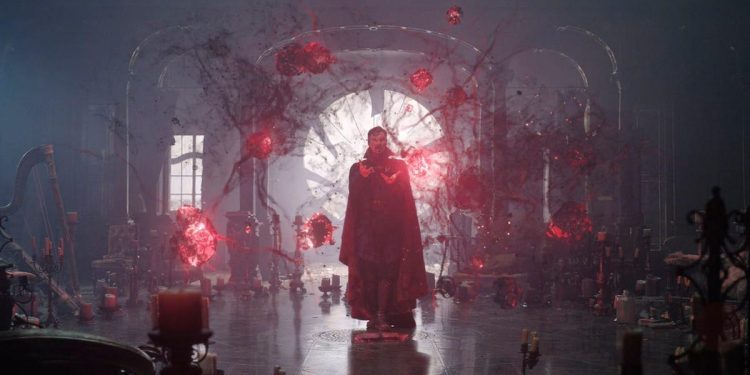 As everyone could’ve predicted (we got this one right, but we’re not exactly going to pat ourselves on the back for it), The Bad Guys has lost its somewhat surprising spot at the top of the box office after three weeks thanks to the debut of Doctor Strange In The Multiverse Of Madness, which opened to $185 million this weekend. Not only is that the highest debut of the year, it’s more than the overall gross of any other weekend this year—meaning it made more money this weekend than every other movie combined had made on any other weekend. It’s a lot of money, you see. (Not quite Spider-Man: No Way Home money, as Benedict Cumberbatch predicted, but still impressive.)

Everything after Doctor Strange is nearly identical to the last few weeks, so let’s talk about Doctor Strange a tiny bit more: It opened in 4,500 theaters, which is huge, but before you accuse Marvel Studios and Disney of bullying theater chains and bruce-forcing their way to that $185 million by putting the movie on every screen, its per-screen average ($40,000) is significantly higher than anything else on the charts. That means it’s playing on a ton of screens and those screens are all making a ton of money each. Surprise, surprise! Marvel movies are popular!

But now let’s talk about those other movies, some of which we’ve been talking about for seven weeks now. The Bad Guys is sitting just shy of $60 million total, Sonic The Hedgehog 2 has pulled ahead of the total domestic gross of the first movie (which had the disadvantage of opening against COVID), Fantastic Beasts: The Secrets Of Dumbledore has almost made in five weeks as Doctor Strange made in one, Everything Everywhere All At Once has slipped a bit again (people only have so much time for multiverse movies), The Northman is hanging on, The Lost City staying in seventh place for a second consecutive week, The Unbearable Weight Of Massive Talent falling to just $1.5 million, something called Memory popping up even though we don’t remember what that one’s about, and, finally, Father Stu is… still there. Doctor Strange was playing in more than four thousand theaters, guys. You don’t need to see the movie with Mel Gibson!

Here’s that top 10 list again in a format that is less informative and less fun to read but is apparently good for our Google search results. You can also see this same list at Box Office Mojo.

Jordan Poole definitely grabbed and pulled Ja Morants knee; whether he intended to hurt him isnt the point – CBS Sports