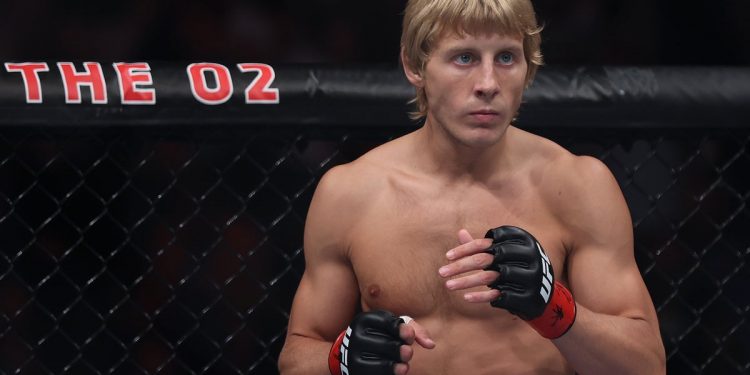 Paddy Pimblett has said he will not fight at the O2 Arena again, claiming that the London venue is ‘too small’ for him.

The Liverpudlian has emerged as one of the UFC’s fastest-rising stars in recent times, going 3-0 with three stoppage wins since his debut in the promotion last year. Pimblett’s last two fights have both taken place at the O2 Arena, with the 27-year-old having most recently submitted Jordan Leavitt in Round 2 at UFC London on Saturday night.

Pimblett was the star of the show at UFC London in March and the same was the case last weekend, when he followed his victory with a powerful speech about men’s mental health. While “Paddy The Baddy” has provided fans at the O2 Arena with two memorable nights over the last four months, he has suggested that he will not fight there again.

“I know I won’t be fighting in the O2 again,” Pimblett said after his win against American Leavitt. “It’s too small.”

Pimblett has made clear his desire to headline at Anfield, the stadium of his beloved Liverpool FC, and he has doubled down on past claims that he will sell out the venue, whose capacity is set to increase from 54,000 to 61,000 by next summer.

“We will do Anfield,” Pimblett said at the weekend. “I promise you now. Dana [White, UFC president] said he won’t do Anfield, but he also said women will never fight in the UFC, and Ronda Rousey came along.

Rumor – Roller Champions Will Be Cancelled After Season 3

Rumor - Roller Champions Will Be Cancelled After Season 3