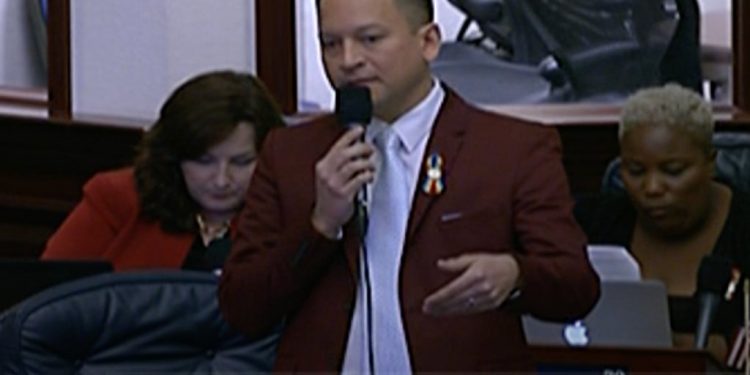 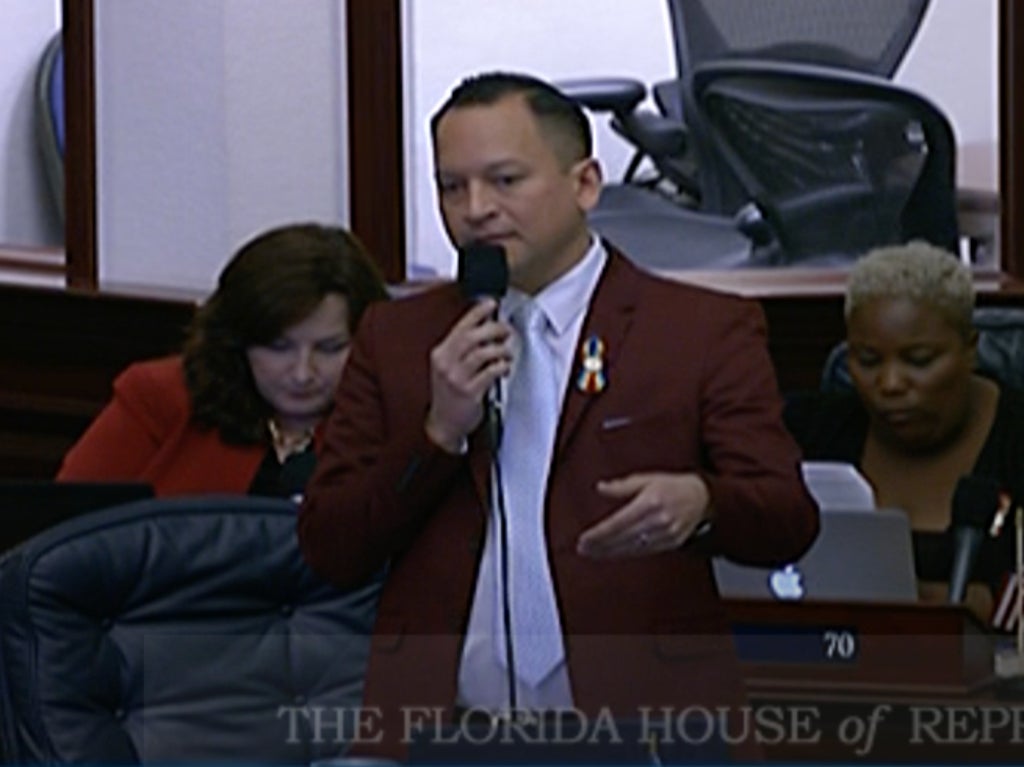 Attempts to strike out language and block a proposal to prevent “classroom discussion about sexual orientation or gender identity” in Florida schools were shot down by Republican legislators as a so-called “Don’t Say Gay” bill moves closer to a vote.

Such language “is toxic, it’s homophobic, it’s transphobic,” he said during lengthy debate in the state’s House of Representatives on 22 February. The measure heads to the House floor for a vote on Thursday.

“I have to be standing here defending my humanity,” said state Rep Michele Rayner-Goolsby. “This sends a message to parents, people in the community … especially to those who are LGBTQ … that they are not wanted or seen.”

As written, the bill stipulates that schools “may not encourage classroom discussion about sexual orientation or gender identity in primary grade levels or in a manner that is not age-appropriate or developmentally appropriate for students.”

Bill proponents say the measure only prohibits organised discussion about sexual orientation in kindergarten through third grade, though the bill prohibits discussions at all grade levels if they are not “age appropriate.”

An amendment to cut language explicitly referencing “sexual orientation or gender identity” – which critics and LGBT+ advocates say is the central “don’t say gay” component of the bill – failed by a vote of 37-75.

The bill’s chief sponsor, Republican state Rep Joe Harding, insisted that the bill does not target specific students and ensure that parents “have a right to be critically engaged in issues that impact their students.”

Opponents of the bill repeatedly asked who decides what is considered age appropriate, whether any LGBT+ people were involved in the bill’s construction, how schools can provide affirming support to students who are transitioning or have already transitioned or come out as LGBT+, and how the bill protects LGBT+ students from abuse or neglect at home.

State Rep Anna Eskamani also proposed an amendment to require the state’s Department of Education to work with LGBT+ advocacy groups to provide resources for parents. Another amendment would allow students to seek legal recourse if they are outed by a school. Both amendments, like the others, failed to advance.

“Where do the rights of a parent end and rights of a child begin?” Rep Smith asked. “When we develop policies that prioritise parental rights at all costs including at the expense of our students, our kids, and their wellbeing, there are consequences.”

Earlier on Tuesday, Rep Harding withdrew his amendment that would require schools to disclose whether a child is LGBT+ to their parents within six weeks of learning whether they are not straight, and appeared to remove protections for students who would have potentially been subject to abuse, abandonment or neglect by their families.

The bill is among more than a dozen state-level proposals to ban discussion of LGBT+ issues in classrooms, and among 150 state legislative proposals that discriminate against LGBT+ people, according to the ACLU.

“The existence of LGBTQ students and parents is not a taboo topic that has to be regulated by the Florida Legislature,” the group said in a statement last month.

In a letter on 21 February, a group of congressional Democrats urged Florida legislators to drop the bill, warning that the legislation fits into an “alarming trend” of threats to academic freedom that exploits LGBT+ children for political discourse.

“We ask that you consider the harmful toll this legislation would have on LGBTQ+ children’s mental health and individual liberties in education, oppose these bills, and do not bring them to a vote on the floor of the Florida House or Senate,” they wrote.

Florida Democratic congresswoman Debbie Wasserman Schultz said that “those who are now considering whether to vote for this hate-driven bill must reckon with an all-but-certain reality: If this ‘Don’t Say Gay’ bill becomes law, its isolating impacts will ensure that even more vulnerable LGBTQ+ children will suffer, and some will die.”

Forty per cent of homeless youth in Florida identity as LGBT+, according to the ACLU of Florida.

A 2021 report from LGBT+ suicide prevention and crisis intervention group The Trevor Project found that LGBT+ young people who learned about LGBT+ people or issues in school were 23 per cent less likely to report a suicide attempt within the last year.

Another report from the organisation found that LGBT+ youth are four times more likely to seriously consider, plan or attempt suicide than their peers, while LGBT+ young people between the ages of 13 and 24 attempt to kill themselves every 45 seconds within the US.

Tezos (XTZ) is up nearly 80% from January lows