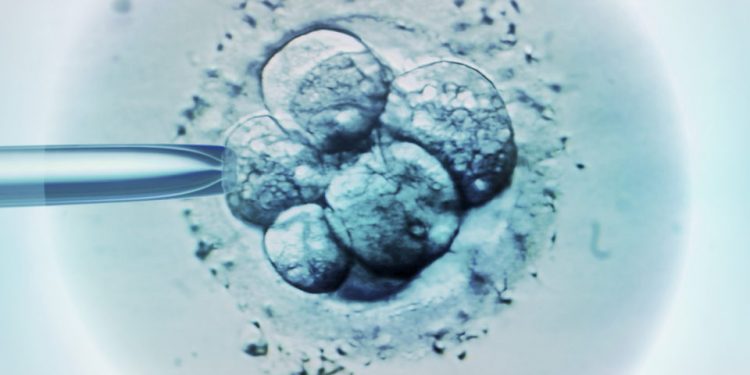 
According to Victorian government figures, there were 67,596 people on the waiting list for elective surgery as of Thursday.

These reportedly include some cardiac and cancer patients.

In light of what’s occurred in the past 24 hours, one could suggest that many of these people, many dealing with debilitating pain, should band together, get a petition going, and demand they be seen to immediately.

This is in effect what has happened with IVF treatments.

Two weeks ago, with the wheels of the hospital system beginning to fall off, Victorian Health Minister Martin Foley suspended all “non-urgent elective surgery” in Melbourne and regional centres.

He did this in order to redeploy staff and resources to deal with the Omicron outbreak.

A 90-day suspension of new IVF treatments prompted the fastest growing petition at change.org for the past 12 months.

Journalists were alerted to the petition on Wednesday afternoon.

A number of women were interviewed by news outlets. One of them, aspiring mother Melanie Swieconek, 45, was widely seen in a distraught state.

“Our bodies cannot be paused,” she told Channel Nine.

The issue attracted some high-profile and poignant support.

“…know only too well the distress caused by delays to IVF services. I’ve been undergoing assisted reproductive treatments for over 5 years, so far without success. And as the weeks and months march on, it only gets harder…”

Started by Geelong woman Kate Ellery, the petition made the following argument: “Experiencing infertility is considered as stressful as a cancer diagnosis, loss of a family member or going through a divorce. It increases anxiety and depression, childless women are at higher risk of suicide and 13 per cent of women going through IVF experience suicidal ideation.

“This recent decision is likely to create a mental health crisis among the infertile, who are already dealing with copious amounts of synthetic hormones running through their systems and the incredible financial strain placed on them by requiring treatment.”

Media gets behind the campaign

More than 108,000 people had signed the petition, calling for the suspension to be halted, on the basis that the bodies of women in reproductive crisis couldn’t wait for 90 days.

And for some women, that’s undoubtedly true: Waiting 90 days could see the end of their baby-making dreams.

Some have eggs nearing their expiry date. Others are at a critical time of their cycle.

These were some of the comments from supporters:

“Gone through years of IVF, this is not elective. Every woman has a right to have a child. Don’t take that option or chance away from us. Time is critical!”  – Alicia B

“IVF is not elective, most IVF clinics run separately to hospitals, hospital needs are minimal, why create more setbacks for a process that already has so many setbacks?” – Jessica G

“I am a medical practitioner and am disgusted by the conduct of a government that has already wreaked so much harm on its own people. Enough is enough. This is baseless policy which punishes women seeking children (who will be loved and provided for) after enormous struggle, economic sacrifice and physical discomfort. A complete outrage.” – Mei Ling D

“Having been through this and it almost breaking me, I know 90 days feels like a lifetime and may be the difference between success and not. How it frees up resources is illogical.” – Rachel K

Not all treatments were stopped

As The Guardian reported: The pandemic order halted all new stimulation cycles until further notice, while allowing current cycles, urgent surgeries, telehealth specialist appointments and preservation cycles prior to cancer treatment to continue.

Just about all main news outlets carried stories prominently featuring images and stories of Australians in profound distress because they felt robbed of their last chance at having a baby.

The IVF industry was quoted at length about the “anguish” and “heartache” of women whose chance to conceive was compromised.

The government takes a step back

The petition was successful.

A press release from the acting Minister for Health, James Merlino, dated Wednesday, was released on Thursday morning.

“Following advice from the chief health officer, in vitro fertilisation (IVF) procedures suspended as part of the temporary changes to protect our hospitals will recommence, to help support Victorians who are wanting to start or grow their family,” it read.

The government said that some services would restart from Thursday, “with hospitals scaling up their operations to enable procedures to resume from 11.59pm on Tuesday, 25 January”.

The backflip was reported without any real questioning from the media.

This prompted some agreement:

I really feel for people going through IVF. But there are so many other procedures which can’t be done currently, which would greatly improve people’s quality of life & health. It feels like a slap in the face to those ppl to say they can’t have their procedures done, but IVF can

On Wednesday evening, The New Daily spoke with Ms Ellery, 32, whose history of trying to conceive has been chronically stressful and sometimes catastrophic and simply too personal to tell here.

IVF treatment is a big part of that stress.

“It’s something that takes over every second of your day. You’re constantly thinking of your next procedure or trying to book in a scan or a blood test, making sure you’re getting your medication on time and preparing your body for the next thing,” Ms Ellery said.

“So it’s not something you can forget about.”

She said for many women or couples going through IVF, they had always wanted to have a baby, and pictured a life with children in it.

“You picture yourself as an older person, having adult children, or having someone to have Christmas lunch with. The idea of not having the life you always wanted is quite scary,” she said.

Many of the petitioners, Ms Ellery included, say that IVF is not a choice, because it’s their only option.

She and others also said that politicians don’t have the right to tell or control when women can reproduce.

Ms Ellery became upset at the suggestion that thousands of other people were suffering because they couldn’t access surgery or other treatments.

Like her, many millions of Australians will be distressed by the decisions being made about health care.

Many will be patients who needed life-changing or life-saving surgery that has been given the misleading title “elective”.

Many will be doctors and nurses who are already stretched to their limits.

We’re living in a mess that’s hard for most people to get their heads around. So who has the time or energy to think about the ethics of health resources and who gets access to them?

Dr Emma Tumilty is lecturer in Health Ethics, Law and Professionalism at the Deakin School of Medicine.

She added: “I would argue that applies to all people who have had elective procedures cancelled.”

The big question is should IVF nurses, who have been trained in general duties, be redeployed to boost numbers in the hospital system?

For Dr Tumilty, the answer is a simple one: “If you don’t redeploy staff in a crisis situation, which we are in, what you risk is the inability to care for people in life-saving and emergency situations.”

What this means, she said, is that IVF takes priority over caring “for a child who has fallen out of a tree with a head injury or compound fracture … or a parent or partner who has suffered a stroke or heart attack”.

If you take such people to the emergency department, she said: “There simply is not the staff to treat them in a timely fashion. That’s what you’re risking.”

“IVF is not life-threatening in the immediate sense and therefore is always vulnerable to being prioritised lower than other elements of health care – despite those that might be wanting IVF finding that it severely affects their quality of life.”

The other issue here is the petition and the ability to garner quick and widespread support for a cause that in turn affects directly how society and government manage an unprecedented crisis.

Dr Tumilty said: “Being able to quickly [start] an emotive campaign is a justice issue, being a matter of privilege: The squeaky wheel gets the oil. If you can mobilise and push public opinion a certain way, there’s much you can achieve.

“It’s not a fair way of making decisions in a health system.”

‘I was threatened with funding loss if I rebelled’

Most Highly Anticipated Books (So Far)

Most Highly Anticipated Books (So Far)