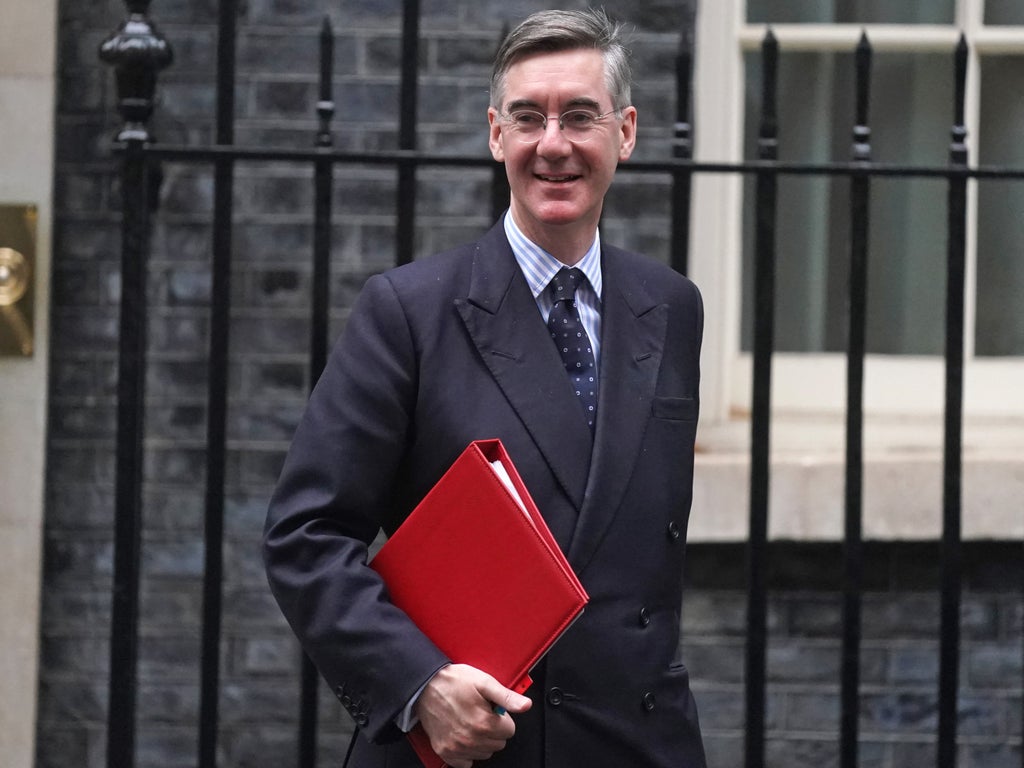 Cabinet minister Jacob Rees-Mogg has dismissed the controversy over the airlift of cats and dogs from Afghanistan as “fussing about a few animals”.

The Commons leader said Labour was focusing on “fripperies and trivia” by asking questions about the prime minister’s role in the evacuation of animals for Pen Farthing’s Nowzad charity from Kabul.

The opposition has accused Mr Johnson of lying over his involvement – with senior Labour MP Chris Byrant demanding a debate in the Commons on Thursday.

Mr Bryant, chair of the standards select committee, said he feared the process of deciding evacuation priorities “was not as it should have been”, adding: “We need to get to the bottom of this.”

But Mr Rees-Mogg: “The honourable gentleman is fussing about a few animals. I think it shows the level of seriousness which he characteristically brings to today’s debate.”

In his reply, Mr Rees-Mogg said: “All [Labour] care about is cake and animals, whereas we are getting on with the important business of government.”

Emails shared with the foreign affairs committee show an official in Foreign Office minister Zac Goldsmith’s private office telling colleagues on 25 August that “the PM has just authorised their staff and animals to be evacuated”.

Another Foreign Office official referred to the “PM’s decision earlier today to evacuate the staff of the Nowzad animal charity” in a separate email sent on 25 August.

But Downing Street has insisted Mr Johnson played “no role” in authorising individual evacuations during the RAF rescue mission.

On Thursday Mr Johnson’s official spokesperson suggested that the author of the message from Lord Goldsmith’s office may have wrongly believed the PM to have been involved in the Nowzad decision.

“It is not uncommon in Whitehall for a decision to be interpreted or portrayed as coming from the prime minister even when that is not the case,” the No 10 spokesperson said. “That is our understanding of what has happened in this instance.”

Cabinet minister Therese Coffey earlier suggested that a Foreign Office official who said in leaked emails that Mr Johnson had approved the controversial airlift of animals from Afghanistan was acting in an unauthorised capacity.

Ms Coffey argued it is not uncommon for individuals working in government to say Mr Johnson backs an issue when working on their own “pet projects”.

The emails were submitted to the MPs by Raphael Marshall, who worked for the Foreign Office at the time and alleges the animals were evacuated following an order from Mr Johnson.

Dominic Dyer, an ally of Mr Farthing, has said he had spoken with ministers and Mr Johnson’s wife Carrie to “put pressure on him” over the evacuation.

On Thursday, Mr Dyer said he felt “vindicated” by the newly-released emails, adding: “I’m not certain why he didn’t feel he could explain his involvement in August at the end of this operation.”

Dining across the divide: ‘The climate is changing, but I doubt it is man-made’ | Life and style

Dining across the divide: ‘The climate is changing, but I doubt it is man-made’ | Life and style