Jacob Rees-Mogg slapped down for dismissing Partygate allegations as ‘fluff’ 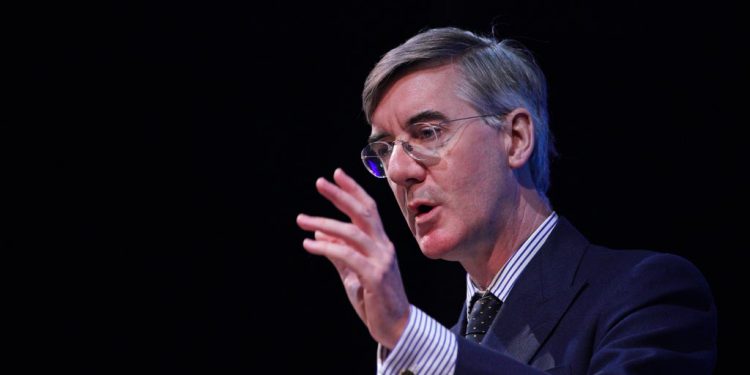 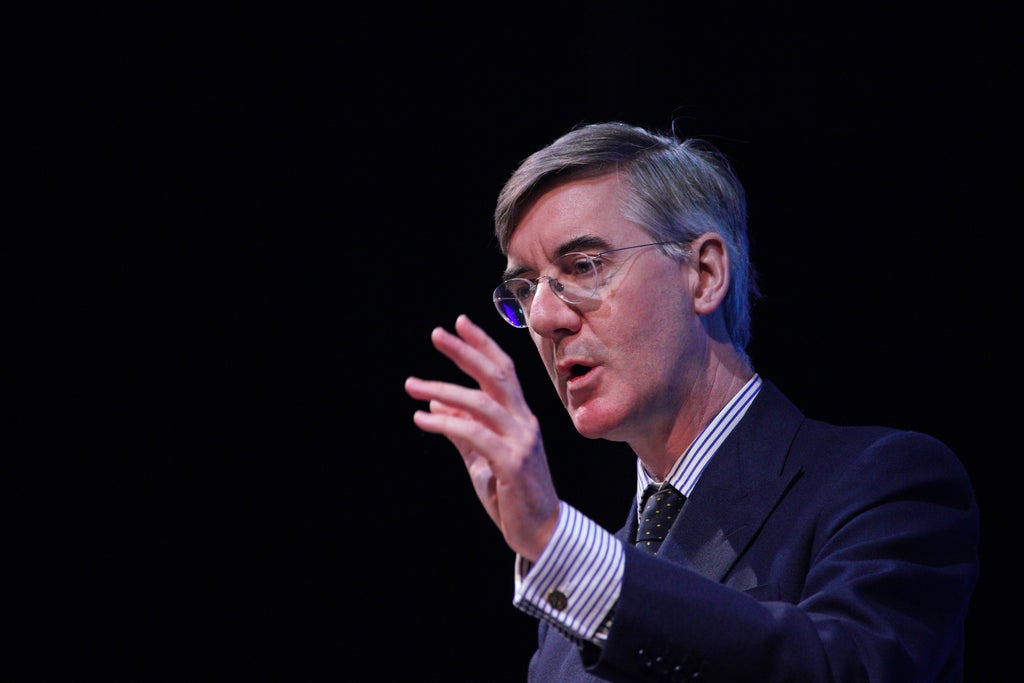 Jacob Rees-Mogg has been slapped down by Conservative chair Oliver Dowden for dismissing the row over Downing Street parties as “fluff”.

Speaking to activists at the Tory conference in Blackpool, the Brexit minister said that Russia’s invasion of Ukraine had exposed the Partygate row as trivial.

But, asked about his comments, Mr Dowden insisted that the allegations of lockdown-breaching gatherings at No 10 during the Covid pandemic must be taken seriously and cannot simply be dismissed.

Just days before the Ukraine invasion, Boris Johnson’s position was under threat, as Tory MPs submitted letters demanding a confidence vote and police launched a criminal investigation into the parties.

But at least two of his backbench critics have since withdrawn their letters, saying that it was not right to seek to remove the prime minister while war is raging in Europe.

Scottish Conservative leader Douglas Ross, who has taken back his call for the PM to go, had the awkward job today of welcoming him on stage at the party’s conference in Aberdeen.

Mr Ross, who in January said the PM’s position was “no longer tenable”, today praised his “leadership” in the Ukraine crisis and the two men shared a brief and chilly handshake as Mr Johnson took the stage.

Mr Rees-Mogg told a meeting hosted by the ConservativeHome website on the fringe of the Blackpool conference that the Ukraine crisis had brought “a new seriousness” to politics which made rows over “woke” language look trivial by comparison.

He added: “I would say the same about Partygate. All of that is shown up for the disproportionate fluff of politics that it was, rather than something of fundamental seriousness about the safety of the world and about the established global order.”

Mr Rees-Mogg compared the Partygate affair to the row over Westland helicopters which he said had shaken Margaret Thatcher’s government 36 years ago, but was little remembered now.

“When we look back in 36 years at Partygate, people will think ‘What were they on about? They were moving from Covid to Russia and Ukraine, yet they were distracted by whether or not the PM spent five minutes in his own garden’,” he said. “It’s fundamentally trivial.”

But asked whether he agreed with his cabinet colleague’s assessment, Mr Dowden said: “I’ve always felt that it’s incumbent on politicians who set the rules to abide by the rules and therefore I think any allegations that politicians have not done so should be taken seriously.

“There is this ongoing police investigation, we’ve had the interim Sue Gray report and the prime minister has similarly expressed remorse at how these kinds of events could have happened. I think it’s right to do so. I don’t dismiss them.”

Mr Rees-Mogg also said that the Ukraine war had provided Conservatives with an opportunity to roll back the progress of “wokery”, which he claimed had overtaken much of modern life.

The Brexit minister told activists that Putin’s “evil” invasion had created a “new seriousness” in political life which made debates over whether particular words and phrases should be shunned as offensive look like “nonsense”.

He said Conservatives should take advantage of the situation by taking a “robust” approach and refusing to accept the use of “socialist” vocabulary, like saying chair rather than chairman or Beijing rather than Peking.

However, he immediately disobeyed his own instruction, saying he was willing to say “Ukraine” rather than “the Ukraine” in recognition of the bravery of its people, many of whom object to the use of the definite article because it suggests it is part of Russia rather than a country in its own right.

Mr Rees-Mogg said the Ukraine crisis was “a reminder that the world is serious, and that there are serious things to be discussed and serious and difficult decisions for politicians to take, whether this is about reopening and having new licences for oil wells in the North Sea, or whether it is about getting away from the wokery that has beset huge sections of society”.

In the aftermath of Putin’s invasion “nobody cares” about rows over words which may offend people, Mr Rees-Mogg said.

“All that nonsense is shown up for the trivial nature of it, and that we are now looking at serious, difficult decisions that have to be made.”