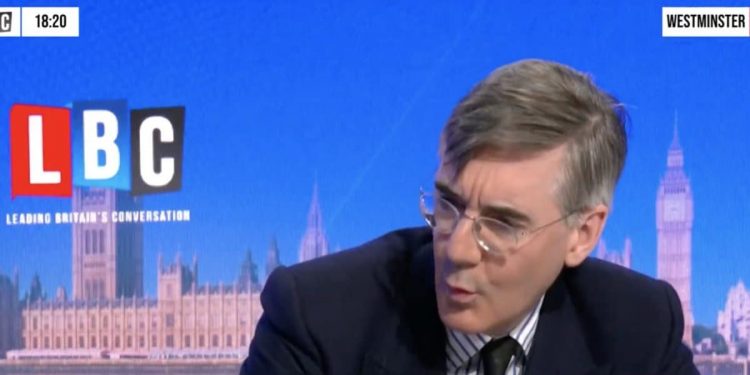 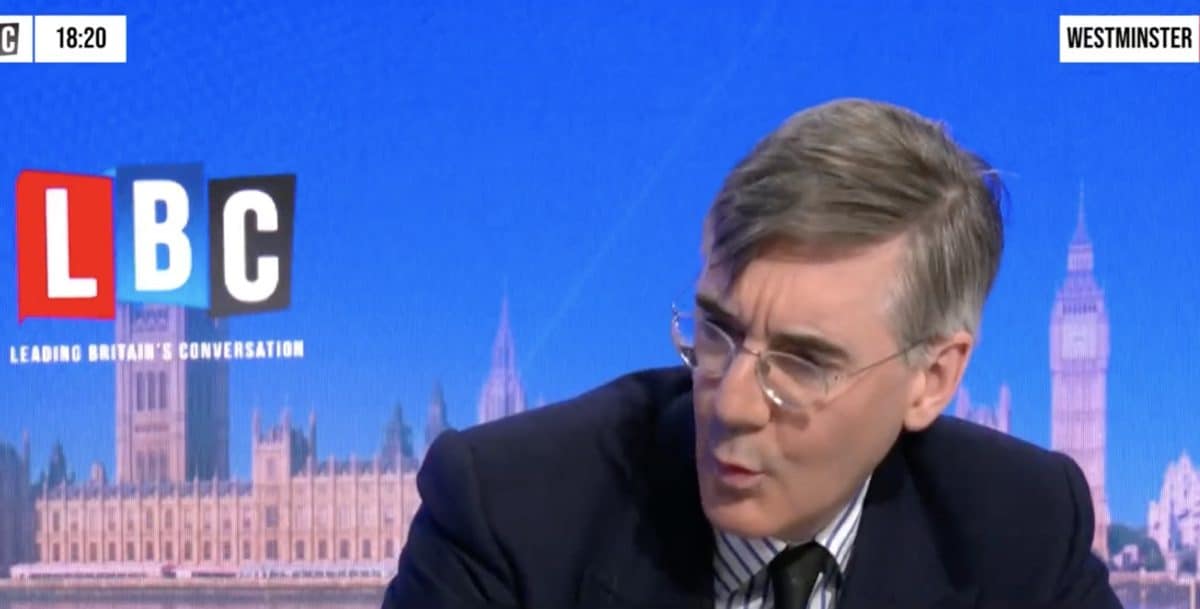 Jacob Rees-Mogg has sparked hundreds of reactions after insisting “Brexit is a great success for the country”.

It comes as LBC presenter Andrew Marr, previously at the BBC, asked the Minister for Brexit Opportunities if he recognised “the catastrophe that Brexit is”.

Rees-Mogg replied: “No, Brexit is a great success for the country, giving the country control of its destiny.”

But Marr said farmers and fishermen would disagree with that because of red tape that came with Brexit making it “very, very hard to export” as they did before and causing businesses to be “struggling”.

But the Tory minister repeated “taking back control” claims that the Vote Leave campaign was making ahead of the 2016 EU referendum vote.

“We’re getting back control of our fishing waters and that is increasing the amount that can be caught by British fishermen,” he said.

Pushed by Marr to admit it’s harder to sell fish to the rest of Europe now because of Brexit, Rees-Mogg said: “Well, I mean you’re quite right, there were some teething troubles with some scallops and so on but actually that varies considerably.”

As Rees-Mogg insisted on Brexit being a “great success”, Surrey Heath Lib Dems joked: “In other news, the earth is flat and global warming is a hoax…”

And European Movement UK, UK’s largest pro-EU organisation tweeted: “There are no benefits to Brexit whatsoever, which is why Jacob Rees-Mogg was forced to ask Sun readers to help him find a crumb of evidence that something positive might have happened.”

The group was referring to a call for help put out by Rees-Mogg last month in the tabloid newspaper, where he asked readers to write to him with “ANY petty old EU regulation that should be abolished.”

Meanwhile, one Twitter user listed some Brexit ‘benefits’ in response to Rees-Mogg’s intervention: “Worse, standards, higher prices, more red tape, unrest in Northern Ireland, wedge between our longstanding allies and us. What’s not to love?”

“How is empty supermarket shelves, rising cost of living, loss of FOM a great success?,” another person asked.

Earlier this month, a Tory MP who campaigned for the Leave Means Leave group was mocked after complaining about “monstruous” forms that UK businesses now have to fill in after Brexit.

Desmond Swayne suggested British businesses should instead benefit from digital and “seamless” trade with the EU.

Speaking in the Commons, he said: “UK aid promoted trade in Africa by making borders seamless through digitising all the administrative processes.

“Is that on our agenda for trade with the EU at all? It’s monstrous that we’re filling in forms.”

According to The Independent, international trade minister Mike Freer said the government will improve border systems by 2025 – but the promise won’t entail scrapping customs and veterinary checks, which come with Brexit.