Jada Walker off to fast start with UK women’s basketball

What became apparent, quickly, to everyone associated with the Kentucky women’s basketball program was that Jada Walker plays fast.

When the freshman guard from Virginia arrived this summer as the lone newcomer to Kentucky’s team, there was no need for Walker to speed up to adjust to the college game, a common necessity when players make the jump from the high school ranks.

Walker showed up in Lexington and immediately played faster than her teammates, and they noticed.

In fact, when star senior guard Rhyne Howard first practiced with Walker last summer, it became evident that if anything, Walker needed to slow down on the court.

“We have to be like, ‘Jada, slow down. It’s OK, you don’t have to keep running back and forth,’” Howard said. “She’s going to fit right in with us. We like to run and she’s doing that very well.”

That’s an understatement for how well Walker’s college career has gone through seven games with the Wildcats.

Walker, who is the shortest person on the UK team at 5-foot-7, has played at least 19 minutes in each game this season off the bench, impressing with her tenacious defense and speed that slices through opposing defenses.

She’s scored in double figures five times this season, including a season-best 16 points on the road at a top-10 Indiana team when Kentucky had its worst team performance of the season.

Walker’s scoring average of 10.9 points per game ranks fourth on the team, but beyond the statistical production she’s also provided a boost of energy as the first player off the bench for head coach Kyra Elzy.

“Her on-ball defense is a beautiful thing to watch. I like her aggressiveness, she looks to push in transition and she’s only a freshman,” Elzy said. “She’s still figuring it out, but the intensity in which she plays, you’ve got to love it.”

“It’s really been fun, just the fact that I do get to play because most freshmen don’t even get this experience,” Walker said of her start at Kentucky. “It’s good to learn behind a great point guard (Massengill) and the number one player in the country (Howard). So yeah, I’m just taking it day-by-day learning and getting better and helping my teammates.”

There are plenty of reasons for Walker’s success so early in her college career, but chief among them is her willingness to play fast and play hard at all times.

“I think it’s because she’s not scared of anything,” Howard said of Walker. “There’s only one speed.”

After earning all-state honors as a freshman at Highland Springs High School just outside Richmond, Virginia, Walker continued her development as a sophomore at New Hope Academy in Landover Hills, Maryland.

She starred at the GEICO High School Basketball Nationals, earning MVP honors on her way to averaging 23 points, five assists and three steals per game at New Hope.

Sam Caldwell coached Walker at New Hope and remembers her as a hard worker and a sponge for basketball knowledge, who also benefited from family ties to the sport.

Walker’s father, Jonathan, played college basketball at Virginia Union University and had his jersey retired by the school. He also served as the head men’s basketball coach at Cuyahoga Community College near Cleveland.

Jada’s mother, AnnMarie Gilbert, had stints as an assistant women’s basketball coach at Michigan State and as head coach at Eastern Michigan, Virginia Union and Detroit Mercy. Gilbert also had her jersey retired by the college she played for, Oberlin College in Ohio.

“You look at the basketball experience and the pedigree that she comes from, most kids don’t have that,” Caldwell told the Herald-Leader. “The way her mom and dad taught her how to play gave Jada a unique advantage, the tricks and trades of the game that you wouldn’t know unless somebody taught you, and Jada was taught very well.”

Prior to her time at New Hope, Caldwell coached Walker in AAU basketball with the Boo Williams program and knew he was getting a point guard at the high school level that could “drive the car.”

Caldwell said a red Ferrari would be the automotive equivalent to that New Hope team, which featured a plethora of future college players including Demi Washington (Vanderbilt), Kylie Kornegay-Lucas (Virginia) and Jennifer Ezeh (Duke/Missouri State).

“Jada Walker was the leading scorer on that team of nothing but Power Five kids,” Caldwell added.

Walker averaged 26.3 points and 5.9 steals per game while shooting 54 percent from the field during the 2019-20 season as a junior.

Nonetheless, Walker brought her intensity and speed to Lexington from the moment summer workouts began.

After Walker arrived on campus, Elzy told her there were three things she needed Walker to do: Be coachable, play hard and not back down.

Elzy has one anecdote that epitomizes Walker’s ability to do all three.

“One of our first practices, she’s going on a fast break. She got fouled, they slammed her head into the backstop, she picked the ball right back up and she got to the half court and started the offense again,” Elzy recalled during UK Media Day in October. “She brings a toughness, a high motor and there’s something to be said about a coach’s kid. They just have a different type of toughness about them.”

Walker traces that fearlessness, in particular on defense, to her mother.

“I’m short, so I have to keep the person in front of me and deny them from looking inside to the post, or to anyone else,” Walker said. “It makes their offense hard, and makes it easier for us on defense.”

The fast-paced and frenetic defensive system used by Elzy and the Wildcats has been effective this season, with Walker as an important part of it.

UK is averaging 21 turnovers forced per game and 26 points per game off those turnovers through seven games.

While Walker’s mile-a-minute playing style suits UK’s defensive scheme, it’s on the offensive end where she still has room to grow despite her impressive start.

Walker admits that slowing down is the thing she’s had to work on the most at the college level.

“I’m not really tall so I just use my speed, but learning when to use it (speed) and when not to is what I’m working on right now,” Walker said, adding that in practice she will sometimes be 3 feet ahead of the defender by the time Elzy asks her to redo a play.

Elzy wants Walker to learn how to control the pace of her play, and by extension, the pace of the UK offense, which has fluctuated between being too slow and too fast in the halfcourt this season.

Playing behind Massengill, a senior who leads the country in assist-to-turnover ratio as of Wednesday afternoon, has been a benefit for Walker, who is still working on using her voice more on the court.

But the effort and energy displayed by Walker this season is something baked into her game, and something Elzy said she’s blessed to have on this UK team.

“She makes freshman mistakes, but she makes up for that because she plays so hard and I think she’ll continue to learn and grow,” Elzy said. “Just imagine this, she’s still learning the intricate details of our offense and still can score, so she’s just going to get better with time.”

Thursday night’s game at Rupp Arena between No. 14 Kentucky and DePaul will see the Kentucky women’s basketball program honor former boss Matthew Mitchell, the head coach with the most wins in program history.

Mitchell won 303 games as head coach of the Wildcats and retired from coaching in November 2020, just prior to the start of last season. UK was unable to properly honor Mitchell last season due to restrictions because of the coronavirus pandemic, but all of the in-game promotions for Thursday’s game against DePaul will be centered around Mitchell.

Several former UK players from the Mitchell era are expected to attend Thursday’s game to help honor Mitchell, who spent 13 years as UK head coach and was a three-time Southeastern Conference Coach of the Year. Mitchell oversaw three Elite Eight trips for Kentucky and five Sweet 16 appearances, in addition to UK winning the SEC regular-season championship in 2012.

DePaul at No. 14 Kentucky

Franco-Nevada: Trading At A Significant Premium To Net Asset Value 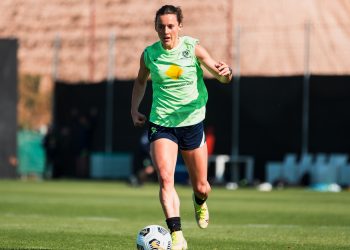 Flying high on the back... 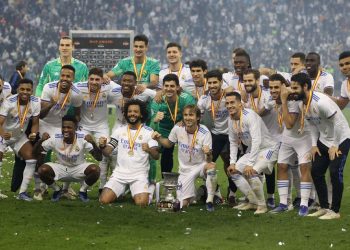 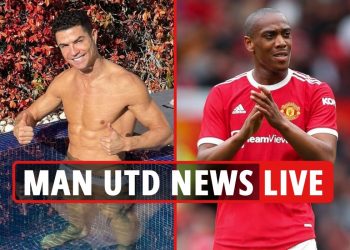 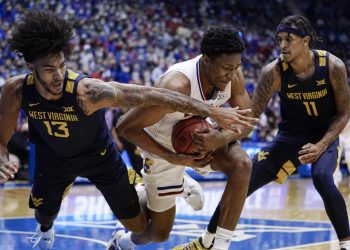 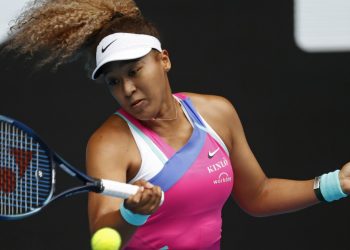 Franco-Nevada: Trading At A Significant Premium To Net Asset Value