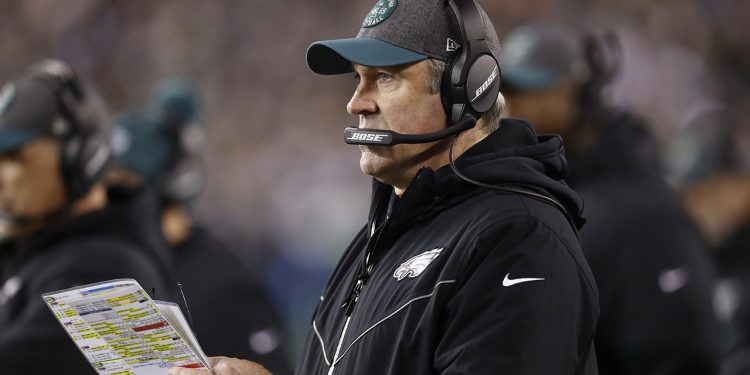 The Jacksonville Jaguars hired Doug Pederson as their head coach Thursday night, ending a wild and winding search that ended up where it started more than a month ago.

Pederson, who led Philadelphia to its lone Super Bowl title, was Jacksonville’s first candidate interviewed when he met with owner Shad Khan and general manager Trent Baalke on Dec. 30. He waited more than month for a callback. He got a second interview Tuesday and landed the job two days later.

URBAN MEYER REFLECTS ON STINT WITH JAGUARS: ‘THE WORST EXPERIENCE I’VE HAD IN MY PROFESSIONAL LIFETIME’

“Doug Pederson four years ago won a Super Bowl as head coach of a franchise in pursuit of its first world championship,” Khan said in a statement. “I hope Doug can replicate that magic here in Jacksonville, but what is certain is his proven leadership and experience as a winning head coach in the National Football League.

“It’s exactly what our players deserve. Nothing less.”

The 54-year-old Pederson takes over for Urban Meyer, who was fired after 13 games and countless missteps in what will go down as one of the worst coaching tenures in NFL history. He joins Baalke in a pairing that’s sure to irk a vocal segment of the fan base. 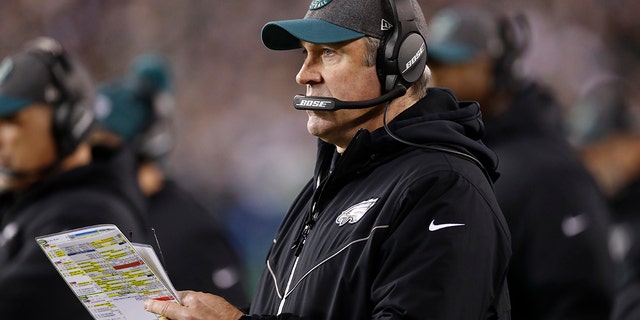 Then-Philadelphia Eagles coach Doug Pederson watches from the sideline during the first half of the team’s NFL wild-card playoff football game against the Seattle Seahawks on Jan. 5, 2020, in Philadelphia. (Associated Press)

Discussions with Leftwich broke down for similar reasons, according to a person familiar with the process. The person spoke to The Associated Press on condition of anonymity because both sides wanted to keep details private.

Pederson led the Eagles to their first Super Bowl following the 2017 season and made the playoffs three times in five seasons. The Eagles went 4-11-1 in his final year.

Pederson was 51-34-1 in Philly, including 4-2 in the postseason. Before that, he served three seasons (2013-15) as Kansas City’s offensive coordinator and made the playoffs twice.

In Jacksonville, he’ll be tasked with ending the team’s woeful ways and getting the most out of quarterback Trevor Lawrence. 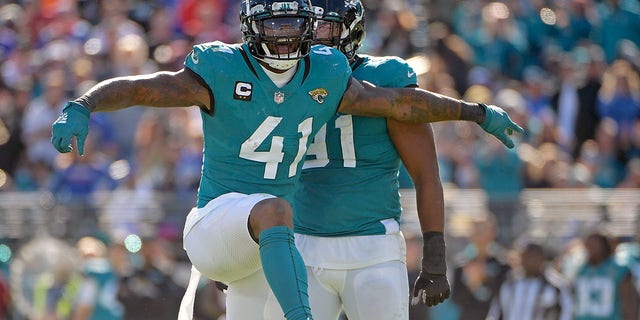 The Jags have dropped 35 of their last 41 games and have a league-high 10 losing seasons in the last 11 years. Lawrence, the No. 1 overall draft pick, finished his rookie campaign with 12 touchdown passes, a league-leading 17 interceptions, five fumbles and a passer rating (71.9) that was second-worst in the NFL ahead of only Zach Wilson of the New York Jets.

Pederson seemed like one of the safest picks from the start of Jacksonville’s search, especially after Meyer’s yearlong mess, but Khan and Baalke appeared to be leaning toward younger offensive candidates to pair with Lawrence. 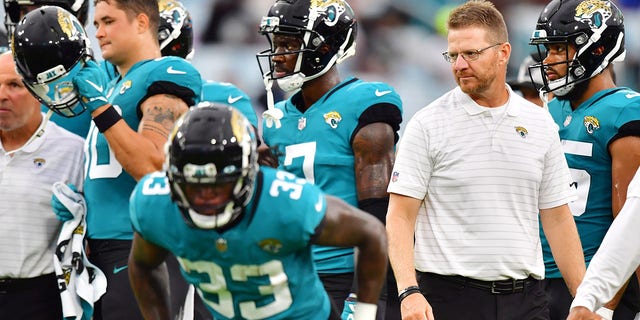 Offensive coordinator Darrell Bevell of the Jacksonville Jaguars looks on during warmup prior to a preseason game against the Cleveland Browns at TIAA Bank Field on Aug. 14, 2021, in Jacksonville, Florida.
(Getty Images)

Leftwich and Hackett were considered the favorites. Leftwich landed a second interview last week, a face-to-face sit-down in Tampa. The sides continued talking the following day, but apparently hit a snag, presumably over Baalke’s role.

The Jaguars then scheduled a second interview with Hackett, but he took the Denver job before that could happen.

Jacksonville then rebooted its search and doubled back to Pederson. He was out of coaching this season after Philadelphia fired him on Jan. 11, 2021. The Eagles ranked 26th in scoring (20.9 points a game) and 28th in passing (207.9 yards a game) in his final season.

Pederson inherits a roster that lacks talent, but he does have the No. 1 pick in April’s draft and should have around $70 million in salary cap space.

The 57-year-old Baalke remained in place after Khan fired Meyer in mid-December, a move that irked fans enough for them to organize a “clown out” protest for the season finale against Indianapolis. A few hundred fans showed up dressed in colorful wigs, oversized bowties and red noses.

Khan remained committed to Baalke after the “clown out” and again after several candidates expressed reservations about working with him.

Tottenham: ‘Worst not being in race’ for top players than missing out – Fabio Paratici