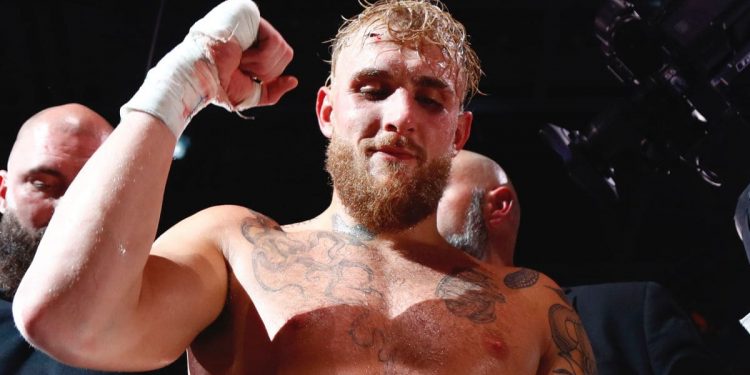 If you’re like me, you made some money betting Francis Ngannou to beat Ciryl Gane at UFC 270.

But do you know who didn’t make enough money? Francis Ngannou.

The heavyweight champ pulled in a $600,000 purse. In fact, the total combined payout for every fighter on the card was $1.8 million, which of course is a lot for almost everyone but not when it comes to the precedent for big draws in the fight game.

For comparison, Tyson Fury made $30 million alone to fight Deontay Wilder, who made $20 million. It’s something I probably wouldn’t have known if Paul hadn’t continuously pointed out the relative lack of pay by the UFC.

Now Paul is taking his quest (or publicity stunt) to a new level by investing in the UFC’s parent company and says he wants to fix the problem from within.

I am nearly certain Dana would argue his business model isn’t broken, and his league’s popularity and his bank account would probably back that up. But there may be a lot of fans who buy pay-per-view events watching the pay for those they view more closely, thanks to a boxer who got famous on YouTube.

I’m not sure Dana White cares about public opinion, but this may be the one fight that many will find it hard to root against Jake Paul.

Lisa Barlow: Meredith Marks is a Whore Who Has F—ed Half of New York!

Billy Gilmour ‘could be the next Barry Bannan’ says Charlie Nicholas

Charlie Nicholas has provided a...

Deshaun Watson’s Contract Could Be Delayed a Year, per Report

Warming-up for the Major League...