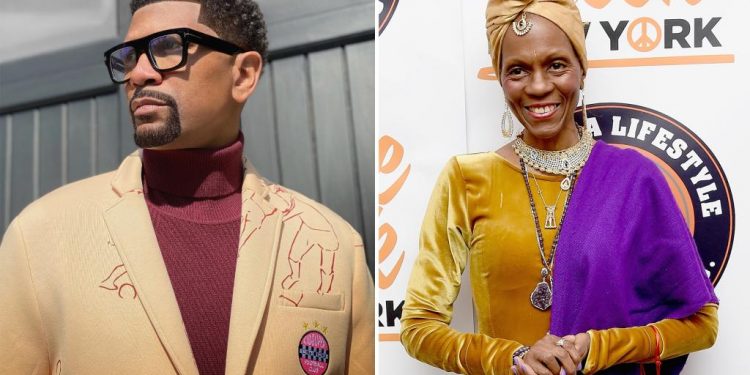 Nowadays everyone and their mother, brother and cousin are wellness experts or influencers. In 2022, preaching those principles and living a holistic lifestyle on social media is as fashionable as wearing chunky bling, Air Force Ones and baggy jeans was in the early 2000s. It’s clout.

But my “Renaissance Man” guest, author Queen Afua, a k a Helen Robinson, who is a guru to people such as Will Smith and Jada Pinkett Smith, Lauren London and FKA twigs, has been walking this path for years, when wellness was seen as more fringe movement. In fact, she had her “awakening” in 1969 and has been teaching about the power of healing yourself with foods, movement and spirituality, ever since.

“I also was living a fast food, toxic lifestyle,” she told me of her pre-healing days, adding that she had horrible PMS, asthma and headaches. She went on a three-day retreat with herbalists, yoga teachers and nutritionists, who prepared whole foods. But it wasn’t smooth sailing at the start.

“When I got off the bus, because I was allergic to grass and trees and hay fever, the asthma kicked in,” she said. “I didn’t bring my medication with me. The allergies, everything is scratchy. The itching, the wheezing.”

While there she drank tea and subsisted on grapefruit, lemons and oranges.

“That night I sat up at the fireplace and because I couldn’t lay down as a chronic asthmatic … So my sitting up … the heat was coming to my lungs,” she said, adding it had a sweat lodge effect and over the next hour, her congestion started to lift. “I came out of the bathroom and I could breathe on my own without an injection, without medication, without a pump. I was shocked and that was my awakening to my path.”

Then, she discovered Dick Gregory’s “Cooking With Mother Nature” and he became a mentor to her. She has since become a force in her own right: a New York Times best-selling author and owner of her eponymous wellness center in Brooklyn.

Queen and I spoke about earthy topics like colonics, diet and cleaning out congestion, which she does with warm water and lime twice a day. She suggested adding ginger to help circulation. She says to cut back on animal products, eat fish at night and have avocado to help lubricate your joints.

Before she was a healer, Queen was a singer, dancer, and writer. She said her creative drive is what helps her connect with celebrities and other artists. And the mother of three still dances, rides her bike, runs and does headstands. But she noted that she’s not a revolutionary.

But it feels like it just recently entered our consciousness. When I was in the NBA, we had ice bags around our knees. Now athletes are sleeping in hyperbaric chambers and adhering to specialized diets. I left the league in 2007 and one of my last seasons, we had an acupuncturist explain it to the locker room. We were all laughing, joking and saying, “Yeah, put some needles in my face.”

I wish I embraced a holistic approach a long time ago, but people used to chase wellness when they got old enough to worry about longevity. Nowadays it’s so available to anyone. It’s widespread. And Afua is still just as relevant as ever. She has inspired me to be healthier and adopt some of her practices. But mostly her philosophy and approach to life.

“I’m doing the same things I did in my 20s because of the lifestyle,” she said. “You should never grow old. You should grow wiser.”

And now I want to be Queen Afua when I grow up.

One in seven women die of ovarian cancer within two months of diagnosis, audit reveals

One in seven women die of ovarian cancer within two months of diagnosis, audit reveals