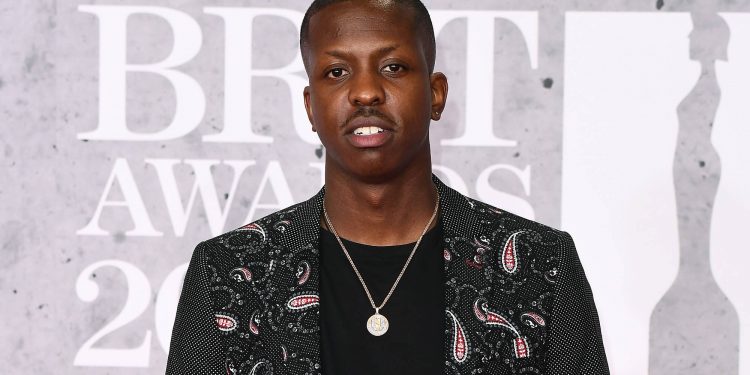 
Jamal Edwards has passed away, aged 31.

The news was confirmed by representatives of Edwards’ media company to the BBC earlier this evening (February 20) following reports on social media that the entrepreneur, author, director, DJ and founder of the influential online urban music platform, SB.TV., died unexpectedly today.

Edwards attended the BRIT Awards earlier this month and reports say he performed as a DJ at a gig in north London on Saturday night (February 19).

No details have yet been released about the cause of death.

NME has reached out to representatives of Edwards for comment.

Tributes have poured in for Edwards on social media, including ones from Dave, George The Poet and AJ Tracey.

The organisers of the Mobo Awards said they were “deeply saddened” by news of Edwards’ death.

They continued: “As the founder of @SBTVonline, his groundbreaking work & legacy in British music and culture will live on. Our hearts and thoughts are with his friends and family.”

You can read some of the many tributes to Edwards here:

Struggling to find the right words .. Thank you, Jamal. You will be missed, King. 💔

A true pioneer. Such sad news.

The Manor as a group owe so much to Jamal Edwards for putting us on and having belief in us early. He supported and was a good friend to us from the very start. A gentleman and an inspiration, God rest your soul bro 💔

Never thought I’d be typing this one here… R.I.P @jamaledwards. True UK music legend. Been a real one since we connected back in ‘08, when I had to sneak you into my grime rave to film cos you were only 17… You changed the game big time! Rest easy, my brother 🙏🏾💔

This day changed my life. You changed so many peoples lives. Powers were unmatched. True KING 👑👑👑 pic.twitter.com/f9Uw210se9

RIP brother the first to believe in us. Heartbroken 💔💔💔💔😪 pic.twitter.com/zXows6BONl

At a lost for words about @jamaledwards this man single handedly changed the whole UK MUSIC scene, what he done for us and put us on the map, revolutionised the music game, and gave everybody a platform, we are forever indebted to you , fly high king 🕊

Fly high brother. Thank you for everything pic.twitter.com/QhEs4KVwvI

Im in shock, I’m struggling to believe this but RIP Jamal Edwards you was a genuine inspiration to so many people and one of the best energies I’ve ever been around thank you for everything you did for me. this is devastating

Tonight we are walking around with heavy hearts – 💔RIP Jamal Edwards

A trailblazer who used his skills to help countless others. This is such sad news.

This man did so much for grime and UK music. I grew up watching SBTV to see all the underrepresented artists of the scene. His grind is unmatched. A real inspiration and a huge, huge loss to the industry. Honoured to share first names with you.

I’m in tears. So heartbreaking to hear the news of Jamal Edwards 💔💔💔 prayers to his family and loved ones nothing makes sense anymore 😞🙏🏾 @SBTVonline

I did a TV thing with Jamal Edwards years ago encouraging young people to vote, and he was so full of passion, talent and humanity.

What absolutely horrible news. He made such a big cultural impact and that legacy will never go away. RIP. https://t.co/m3V1GRrZ88

RIP Jamal Edwards. Giving God thanks that you did what he sent you to do ❤️ So many of us owe our careers to you bro. Thank you for everything pic.twitter.com/ZXkz1dqJvB

RIP the nicest, loveliest guy in the industry, Jamal Edwards.

I am devastated to hear the news that @jamaledwards has passed away. I only met him once – at the recording of ‘Blood On The Tracks’ and he was incredible – bright, warm, inspiring and dynamic. I was honoured that we stayed in touch and so sad that his unique flame has died pic.twitter.com/X7cyxkIUl5

I am shocked and immensely sad to hear about the death of Jamal Edwards. He was such an inspirational and kind man. I loved filming with him at the bbc. And he was important to @speakrs4schools in its early days as a brilliant speaker. Condolences to all close to him https://t.co/GuTyyxlqna

To think how many dreams were fulfilled and how much potential was discovered because of your platform and work.

What an incredible legacy; thank you 🙏🏽

We are deeply saddened to learn of Jamal Edwards passing. As the founder of @SBTVonlinehis groundbreaking work & legacy in British music and culture will live on 🙌🏾🙏🏾✊🏾

Our hearts and thoughts are with his friends and family. pic.twitter.com/IQPcpkBG8w

I cannot believe I’m typing this, this has floored me. RIP Jamal Edwards.

Forged his own path. A trailblazer, always had a smile on his face and was nice to everyone. Rest in Peace bro. pic.twitter.com/b2P4NRfQ3h

RIP Jamal Edwards 😔💛 You left behind a HUGE legacy 🏆

Very sad to hear that @jamaledwards has passed away. I first met him shortly after he founded SBTV. Trailblazing, magnetic and super talented he remained very committed to raising up all young people whatever their background. Gone far to soon. https://t.co/xUCR1azYOI

Jamal it was only the other day we were speaking and planning on shooting a music video Tuesday. You made your vision & dream a reality, inspired us all, and gave the world its biggest stars. You were the one person who genuinely wanted everyone to win. Thanks bro 💔 pic.twitter.com/SgEI4sxivA

RIP to a legend Jamal Edwards.
He gave me my first real shot at reaching our culture and understanding my worth via SBTV. All without question or criteria, the same for so many others. This man helped shape the foundations of Black UK Media and he will be dearly missed. 🕊 pic.twitter.com/uIKDYkTndI

In 2014, Edwards received an MBE in the Queens New Year’s Honours List. At 24, he was one of the youngest people to ever receive the honour.

While still a teenager, Edwards started SB.TV in 2006 to document the UK grime scene. The YouTube channel grew into a multimillion-pound online youth broadcaster.

The channel also had some of the first, exclusive performances from the likes of Jake Bugg, Banks and Clean Bandit. It also helped to launch the careers of artists like Dave, Ed Sheeran, Jessie J and many more.

Writing about receiving his MBE on Facebook in 2014, Edwards – who was also an ambassador for the Prince’s Trust – commented: “I’m honoured to be one of the youngest people awarded with an MBE on this years New Honours list.

“Never in a million years did I ever think I would receive such an accolade. For me this is about us the YOUTH, with so much negativity around us it’s hard sometimes to stay positive and fight for your dreams.”

He added: “I am over the moon to be honoured for my contributions to music, honestly people anything is possible if you stay dedicated. I was forced to carve my own path, taking an untraditional route, part of a digital culture rewriting the rules & breaking down barriers.

“Growing up I’ve always had a passion for music, I’m privileged to be able to work with singers, rappers & MCs & talented people in general and be able to provide a platform for them to be heard.”

Edwards is the son of Loose Women panellist Brenda Edwards and grew up on a council estate in Acton, West London. He also founded JE Delve, a grassroots charity that delivers programmes and activities for young people in the area.

This is a breaking news story: more to follow

Real Estate as a Food Chain

Real Estate as a Food Chain