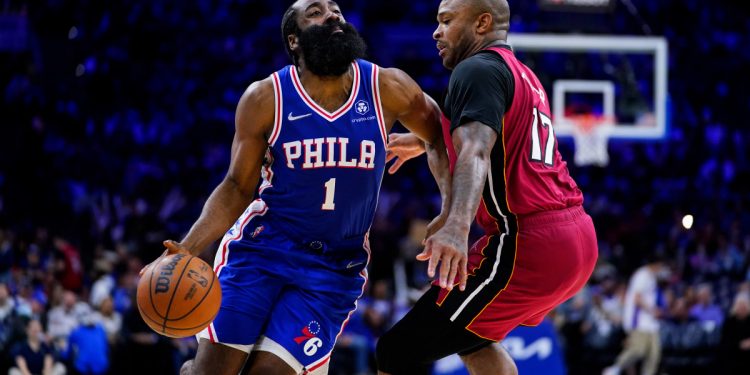 When the final seconds ticked off the clock in the Wells Fargo Center in the 76ers’ 99–90 loss to the Heat on Thursday evening, it brought with it a familiar sight for James Harden.

Philadelphia’s season was on the line. Needing a win to keep its championship hopes alive, Harden failed to show up as the 10-time All-Star that many thought he would be in the season’s biggest moment.

The 32-year-old finished with 11 points in the game, attempting just two shots in the second half. The last field goal that he converted came with 3:31 to play in the second quarter.

After the game, when Harden was asked why he played such a small part of the offense in the second half, his answer was rather simple.

“We ran our offense, and the ball didn’t get back to me,” Harden said.

Harden’s struggles throughout this year’s playoffs have been under a big microscope once again. Daryl Morey, the 76ers team president, spent months orchestrating a trade to send Ben Simmons to the Nets to acquire Harden and compete for an NBA title.

However, other than his 30-point performance in Game 4, Harden didn’t deliver in the clutch. Despite a subpar performance, 76ers head coach Doc Rivers said Harden’s season and performance was not the sole reason the team was eliminated in the second round. “We win and lose as a team,” Rivers said in the postgame news conference.

For more Philadelphia 76ers coverage, go to All 76ers.