James Worthy, Not Michael Jordan, Was the True Hero for North Carolina in the 1982 NCAA Championship Game 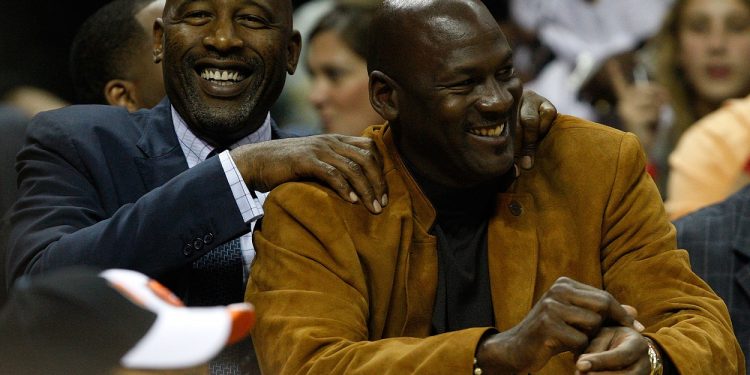 
Michael Jordan is arguably the greatest basketball player of all time. No, we’re not here today to get into that ridiculous argument, but he’s obviously in the conversation whichever way you come out on that. And the legend of Michael Jordan truly began on March 29, 1982, when the 19-year-old freshman hit his famous game-winning jumper in the North Carolina Tar Heels’ 63-62 victory over the Georgetown Hoyas in the NCAA Championship Game.

But let’s get real here. Yes, Jordan hit a fantastic shot, a pressure shot that not many freshmen would even take, let alone hit.

Expectations were high for Dean Smith and the Tar Heels coming into the 1981-82 campaign. They were the runner-up the previous season, losing to Bobby Knight’s Indiana Hoosiers in the title game.

They’d lost their leading scorer in Al Wood to graduation but returned a pair of double-digit scorers in Worthy and his future Los Angeles Lakers teammate, Sam Perkins, who’d averaged 14.9 points and 7.8 rebounds as a freshman in 1980-81. And they obviously had a freshman coming in that would make some noise in Mr. Jordan.

Carolina was ranked No. 1 to start the 1981-82 season and proved why by going 24-2 in the regular season, losing only to Wake Forest and Virginia, the latter of which was ranked No. 3 at the time. The Tar Heels then won the ACC Tournament, beating Virginia by two in the finals to move their record to 27-2.

While Perkins (14.3 points, 7.8 rebounds) and Jordan were good (13.5 points, 4.4 rebounds), Worthy was the cream of the crop in Carolina, earning consensus First-Team All-American honors by averaging 15.6 points per game while shooting 57.3% from the floor, also adding 6.3 rebounds, 2.4 assists, 1.5 steals, and 1.1 blocks per night. He was also named ACC Tournament MVP.

Worthy and Sam Perkins carried Carolina in the 1982 NCAA Tournament, while Jordan was a solid No. 3

Worthy continued his solid play in the 1982 NCAA Tournament, where the Tar Heels were the No. 1 seed in the East Region, earning themselves a first-round bye. Carolina was nearly upset by ninth-seeded James Madison in the second round, just eeking out a two-point victory, 52-50. Perkins led the way with 17 points and 10 rebounds, while Worthy added 15 points and four boards. Jordan chipped in with six points.

Worthy led the way for the Tar Heels in the Sweet 16, scoring 16 points with eight rebounds in a 74-69 win over fourth-seeded Alabama. Perkins added 15 points and five boards while MJ hit three of six shots from the floor and five of five from the foul line for 11 points.

In the Elite Eight, Jordan actually led the way for North Carolina in a 70-60 win over Villanova, scoring 15 points. Worthy was right behind with 14, while Perkins added 13 in the balanced attack. The trio then combined to score 57 of the Tar Heels’ 68 points in a Final Four win over Clyde Drexler and the Houston Cougars. Perkins led all scorers with 25 points, with Jordan adding 18 and Worthy chipping in with an efficient 14 as he hit seven of 10 shots from the floor.

That set up a date with John Thompson’s Georgetown Hoyas, which became an instant classic.

Michael Jordan hit the game-winning shot against Georgetown, but ‘Big Game James’ was the true hero of the ’82 title game

The 1982 NCAA Championship Game between North Carolina and Georgetown was an epic battle featuring two great programs, two Hall of Fame head coaches in Smith and Thompson, and three future Hall of Famers in Worthy, Jordan, and Patrick Ewing, who MJ later tortured in the NBA.

In a thrilling back-and-forth affair, the Hoyas led the Tar Heels after 20 minutes, 32-31, and it was clear that the game would come down to the wire, which it did. The two powerhouses traded the lead multiple times in the final minutes, and with just under a minute to go, Georgetown took a 62-61 lead on a 13-footer from Sleepy Floyd.

Of course, that set the stage for the Jordan heroics that you’ve likely seen a thousand times. But in case you haven’t, here’s how that played out.

You might notice how open Jordan is on the left wing when he catches the ball. And the reason for that is the Georgetown zone is so focused on Worthy, who you can see in the paint with three defenders within only a few feet of him.

Again, this isn’t trying to take anything away from Jordan, who scored his 15th and 16th points with that jumper and added nine rebounds.

But Worthy is the true hero of this game and has the “Big Game James” nickname for a reason. The future three-time NBA champ and NBA Finals MVP was absolutely brilliant against the Hoyas, hitting 13 of 17 shots from the floor (76.5%) on the way to a game-high 28 points.

And let’s not forget he was also responsible for the steal that clinched the 63-62 victory for North Carolina. Okay, so Fred Brown threw the ball right to him, and Worthy missed a pair of free throws that allowed Georgetown to attempt a heave for the win, but we’ll not get into that.

In the Tar Heels’ five tournament games, Worthy averaged a team-high 17.4 points per game and was named the Most Outstanding Player. Perkins averaged 16 points and 7.8 rebounds, while Jordan was arguably the best No. 3 in history at 13.2 points per game.

Worthy was the No. 1 overall pick in the 1982 NBA Draft by the Lakers. Jordan and Perkins were both consensus First-Team All-Americans in 1982-83 and 1983-84, but didn’t lead Carolina to another title. While most know that MJ was taken with the third pick in the 1984 NBA Draft by the Chicago Bulls, those same people likely don’t remember that Perkins was selected one pick later by the Dallas Mavericks.

So the next time you find yourself talking about the shot that launched Michael Jordan’s career, don’t forget that he would never have been in that position without Mr. James Worthy.