Jamie Lynn Spears Fires Back at Sister Britney: “Things Being Said Are Absolutely Not the Truth” – Hollywood Reporter 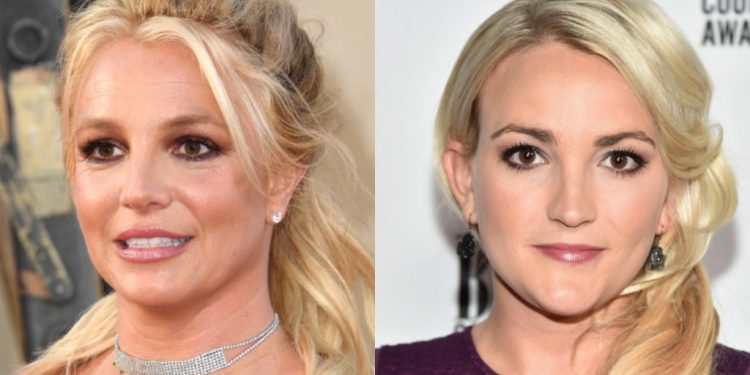 Jamie Lynn Spears shot back at sister Britney Spears’ claims that she was talking about her older sister in a recent interview to sell copies of her book, the latest in an escalating and increasingly fractious public feud between the siblings.

The present tit-for-tat began Wednesday when Jamie Lynn sat down for an interview with ABC News’ Juju Chang on Good Morning America to promote her upcoming memoir, Things I Should Have Said. Jamie Lynn was pressed on the passages she wrote about her older sister, in particular, describing one incident in which Britney, feeling scared, takes a knife and locks herself and Jamie Lynn in a room. She also wrote about another incident in which she claims Spears “cursed at me” and her 12-year-old daughter attempted to “mediate the situation.”

Britney Spears posted a thread on Twitter Thursday in which she disputed some of Jamie Lynn’s claims from the interview and said that her sister’s comments about her behavior bothered her. “The 2 things that did bother me that my sister said was how my behavior was out of control. She was never around me much 15 years ago at that time… so why are they even talking about that unless she wants to sell a book at my expense ??? REALLY ???” Spears wrote.

Spears added of her sister, “She never had to work for anything, Everything was always given to her.”

Then, on Thursday night, Jamie Lynn took to Instagram to post a lengthy, impassioned statement reacting to Britney’s earlier Twitter thread. The younger Spears wished her sister well but accused her of saying one thing in private and another on social media. “The things being said are absolutely not the truth,” Jamie Lynn wrote, additionally claiming that her “family continues to get death threats, as a result of [Britney Spears’] vague and accusatory posts.”

Jamie Lynn intimated there was a lot more going on behind the scenes and that she “may have to set the record straight myself in order to protect mine and my family’s well being.”

She ended the post by writing, “It’s time to put an end to the unhealthy chaos that has controlled my life for so long.”

The Spears family has been estranged after Britney Spears’ highly controversial conservatorship ended last November. During the case, which attracted worldwide press attention, the singer and her lawyers accused her father, James, her family and her management team of abuse.

Read the full text of Jamie Lynn’s post below.

It’s hard to see these posts, as I know the world also feels. I just wish her well. Brit, I am always here for you, you know behind the scenes I have always been here. It’s become exhausting when conversations, and texts we have in private don’t match what you post on social media. I know you’re going through a lot and I never want to diminish that, but I also can’t diminish myself.

Quite frankly, the things being said are absolutely not the truth, and I have to clarify that, because now it’s getting harder for me to rationalize to my oldest daughter why our family continues to get death threats, as a result of their aunt’s vague and accusatory posts, especially when we know she could tell the truth, and put an end to all of it in one second if she wanted to.

Sadly, after a lifetime of staying silent, I have come to realize this isn’t going to be a reality, and I may have to set the record straight myself in order to protect mind and my family’s well being.

That being said, I hate to burst my sister’s bubble, but my book is not about her. I can’t help that I was born a Spears too, and that some of my experiences involve my sister. I’ve worked hard since before I was even a teenager, and I’ve built my career in spite of just being someone’s little sister.

There are no sides, and I don’t want drama, but I’m speaking my truth to heal my trauma, so I can close this chapter and move forward, and I wish my sister could do the same. No matter what comes, I will always love my big sister, and be here for her. It’s time to put an end to the unhealthy chaos that has controlled my life for so long.