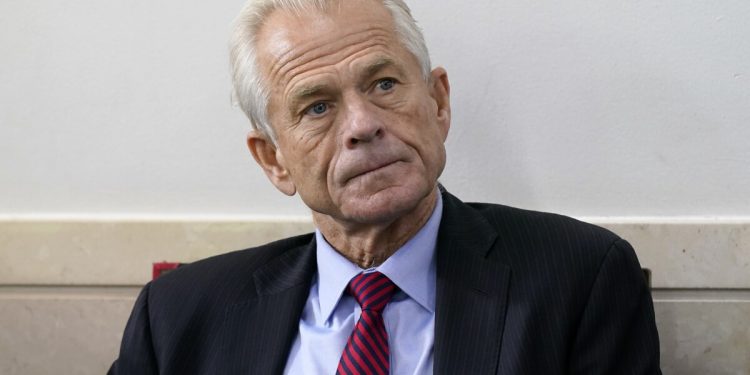 The committee is demanding information and testimony from Navarro, who they say was involved in efforts to delay Congress’ certification of the 2020 election and ultimately change the results, Mississippi Rep. Bennie Thompson, the committee’s Democratic chairman, said in a statement.

“Mr. Navarro appears to have information directly relevant to the Select Committee’s investigation into the causes of the January 6th attack on the Capitol,” the statement said. “He hasn’t been shy about his role in efforts to overturn the results of the 2020 election and has even discussed the former President’s support for those plans.”

Navarro did not immediately respond to a request for comment.

The nine-member panel said it had obtained information from public interviews, reporting and Navarro’s own book that indicates he worked with longtime Trump ally Stephen K. Bannon and others to develop and implement a plan to delay the certification of Joe Biden’s electoral win on Jan. 6, 2021. One of the White House staffers who promoted Trump’s baseless claims of mass voter fraud, Navarro released a report in December 2020 that he claimed contained evidence of the alleged misconduct.

The 72-year-old former economics professor was seen as a man with ideas well outside the mainstream before he joined the Trump campaign in 2016. The former president asked him to come on board after one of Navarro’s books on China caught the eye of Trump son-in-law Jared Kushner during an internet search.

Once Trump took office, Navarro was appointed to head a new White House National Trade Council. But he was sidelined by Chief of Staff John Kelly and closely managed by Rob Porter, the staff secretary.

Navarro is the latest person to receive a subpoena from the committee as part of the large-scale investigation it began in the summer. The congressional inquiry has scrutinized Trump family members and allies, members of Congress and social media groups accused of perpetuating election misinformation and allowing it to spread rampantly.

The committee investigating the Capitol attack is not the only group of lawmakers seeking Navarro’s compliance. A House subcommittee set up to investigate the Trump administration’s response to COVID-19 also subpoenaed him in November. He denied their request, citing a “direct order” from the former president to claim executive privilege.

The committee plans to move into a more public-facing phase of its work in the next few months, with hearings to document to the American public the most detailed and complete look into the individuals and events that led to the Capitol insurrection.

Living in a woman’s body: it’s a potent myth that all women want children – but I have experienced other wonders | Parents and parenting

Living in a woman’s body: it’s a potent myth that all women want children – but I have experienced other wonders | Parents and parenting