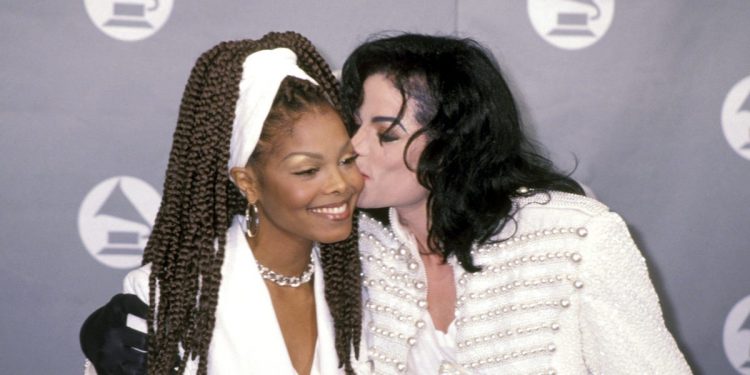 
Janet Jackson said that Michael Jackson’s record company kept them apart when they filmed the music video for their smash duet “Scream.”

In her new A&E and Lifetime docuseries “Janet Jackson.,” Jackson got candid about her path to international stardom, struggles in her personal life, and behind-the-scenes details about her family.

In an episode that premiered on Saturday evening, the 55-year-old recalled how her relationship with the late Michael (Michael died in 2009) was strained after he reached international stardom.

Janet claimed that after Michael was accused of child sexual abuse in 1993, she attempted to support her brother despite her career being affected by the allegations. One such way was agreeing to collaborate with her brother on the 1995 single.

However, Janet said she and Michael were separated throughout production, which she called “tough.”

“Michael shot nights. I shot days. His record company would block off his set so that I couldn’t see what was going on. They didn’t want me on set,” Janet said. “I felt like they were trying to make it very competitive between the two of us.”

The singer continued that she was upset by the purported incident.

“That really hurt me because I felt I was there fighting the fight with him, not to battle him. I wanted it to feel like old times between he and I, and it didn’t. Old times had long passed,” she said.

In the same documentary, Janet said that their relationship underwent a “shift” when Michael’s “Thriller” album was released in 1982. At the time, Janet was 16 and Michael was 24.

“I remember really loving the ‘Thriller’ album, but for the first time, that’s when I felt it was different between the two of us. That a shift was happening,” she said.

Janet said the two often spent time together in her bedroom, but one encounter left a lasting impression on her.

“He would always come in my room and we’d talk, and this particular time, he came in my bedroom. Neither of us said a word to each other, and then he got up and left. That’s the time Mike and I started going our separate ways,” Janet said. “He just wasn’t as fun as he used to be.”

Representatives for Janet and Epic Records did not immediately respond to Insider’s request for comment.

During the docuseries, Janet also spoke about her relationship with James DeBarge. The former couple was married in 1984 when Janet was 18 and DeBarge was 21.

She claimed that she was left alone in a hotel room for three hours after they tried the knot. Janet also denied a decades-old rumor that she and DeBarge had a secret child, saying, “I could never keep a child away from James. How could I keep a child from their father? I could never do that. That’s not right.”

The documentary is available to watch on Lifetime and A&E.

When to stop investing in the stock market? Wild price swings are shaking the resolve of some: Is it time to bail out of equities and bonds?