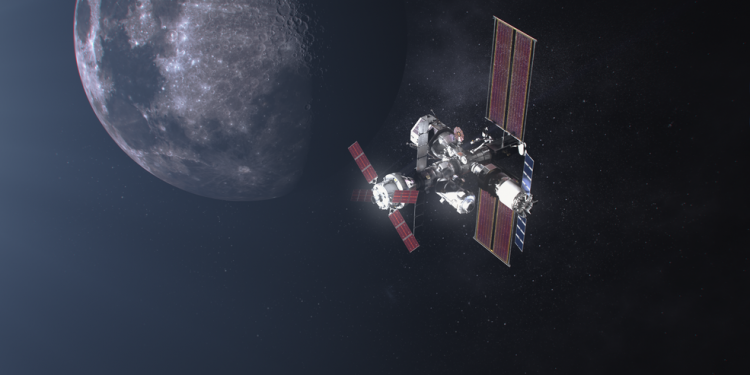 Japanese astronauts will ride on NASA Artemis missions to the moon, and potentially even reach the surface, amid an interagency push to expand lunar exploration.

President Joe Biden and Japanese Prime Minister Fumio Kishida confirmed that commitment Monday (May 23) during a meeting in Tokyo, NASA and the White House said in separate announcements.

“I’m excited about the work we’ll do together on the Gateway station around the moon and look forward to the first Japanese astronaut joining us in the mission to the lunar surface under the Artemis program,” Biden stated in the agency announcement.

Japan’s space work is part of a larger set of agreements between that country and the United States on matters ranging from 5G cellular networks to cybersecurity to science and technology collaborations, a White House explainer document (opens in new tab) indicated.

If confirmed, the space agreement would see Japan further expand its range and reach of exploration following prominent missions of the past few years. It also would align with Kishida’s inauguration promises since October to put a Japanese astronaut on the lunar surface, including revising Japan’s space policy (opens in new tab) to include a push for a crewed landing on the moon.

Japan is a major space player already. In December 2020, for example, the Japanese Aerospace Exploration Agency (JAXA) brought back a sample of an asteroid to Earth. JAXA is a long-time International Space Station (ISS) partner, best known, perhaps, for its Kibo science module and robotic arm technology. And later this year, veteran astronaut Koichi Wakata will become the first Japanese person to join a SpaceX Dragon mission to the ISS.

JAXA is looking to refresh its astronaut corps. The agency opened its first recruitment in 13 years in 2021 and attracted a record 4,127 applicants (opens in new tab) for the opportunity, the Japan Times reported.

The Biden administration, meanwhile, is working in a rapidly changing international space arena. Russia’s invasion of Ukraine on Feb. 24 is still ongoing and has broken apart numerous space partnerships; while the ISS interagency agreement persists with Russia, there are no guarantees the orbital complex will see its mission extended beyond 2024, even though Biden has authorized the United States to continue operations for six years more.

The United States is rapidly expanding its space work in Asia. On May 21, Biden and South Korea’s president Yoon Suk-yeol held a summit in Seoul, during which Biden agreed to expand their collaborations “across all sectors of space cooperation,” according to SpaceNews (opens in new tab).

Japan is a signatory to the Artemis Accords that seek to govern civil space activities among allies; several more nations have signed on to the agreement in recent weeks, bringing the total number of participants to 19. The United States and Japan plan to deepen their accord via an implementing arrangement later in 2022.

The White House wrote (opens in new tab) that the forthcoming agreement “will expand bilateral cooperation for decades to come across a wide variety of space exploration, scientific and research activities.”

That collaboration is symbolized by the two nations trading asteroid samples from two recent missions, the White House noted. Japan has already given over a sample of Ryugu returned to Earth in December 2020 by its Hayabusa2 mission, and NASA will do the same with bits of the asteroid Bennu in 2023 via the returning Origins, Spectral Interpretation, Resource Identification, Security, Regolith Explorer (OSIRIS-REx) spacecraft.

More specifics are not available yet on how Japan and the United States will conduct the implementing arrangement, but a similar arrangement with the United Arab Emirates in 2018 established some regulations for cooperation, training procedures and ground-based research projects. It also allowed for UAE astronauts to come on board the ISS, starting with Hazza Al Mansoori in 2019.

This is likely an allusion to a May 19 NASA announcement (opens in new tab) of a new “dashboard” allowing for public access to climate information. The dashboard includes Japanese and European Space Agency information based upon individual and shared missions by the three space agencies.

NASA’s ultimate goal for human exploration in the 2020s is to return astronauts to the moon’s surface for the first time since 1972. It also plans to extend the short-term Apollo explorations with a permanent landing presence near the lunar south pole, where water ice appears to be abundant inside permanently shadowed craters. The Gateway lunar station will support these missions in orbit around the moon.

One other country besides the United States already has a committed seat on an Artemis mission. Canada, an early signatory to Artemis, promised a robotic arm in 2019 known as Canadarm3 to support Gateway operations. In exchange, the Canadians received several astronaut seats on future missions, among them the Artemis 2 mission that will circle the moon no earlier than 2024. Landings should start in 2025 with Artemis 3, if current schedules hold.

That said, this timeline in large part depends upon Artemis 1, an uncrewed around-the-moon test mission that NASA aims to launch this summer. The mission cannot lift off until NASA completes a “wet dress rehearsal” of the Space Launch System megarocket that will launch it. The wet dress originally started on April 1 but was delayed and then halted by several technical issues. NASA plans to resume the testing next month.

Neptune: The farthest planet from our sun - Livescience.com