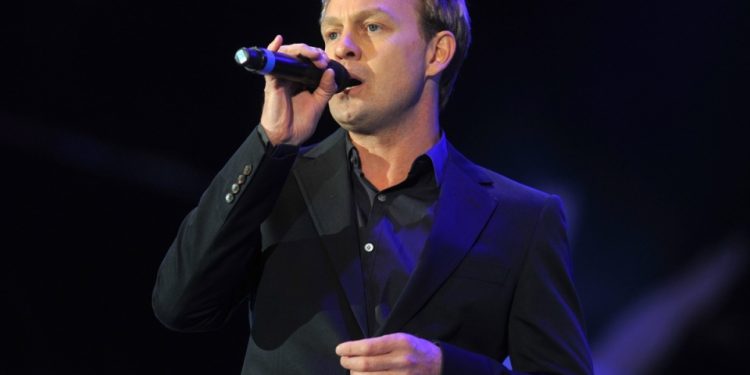 The axing of Australian soap Neighbours is sad, but it is now time to celebrate the show, Jason Donovan says.

Neighbours first aired in 1985 and follows the lives of those living and working in the fictional Melbourne suburb of Erinsborough.

The series, which centres on the cul-de-sac community of Ramsay Street, will cease production in June after failing to secure new funding since being dropped by its broadcaster earlier this year.

Jason Donovan is one of the most famous stars to come out of Ramsay St. He tells #BBCBreakfast it is ‘sad’ that Neighbours is coming to an end. https://t.co/ApDIYUf300 pic.twitter.com/ezHIHHXh6s

“It has kept my family employed for a long time, to be honest.

“My daughter is currently in it, my dad was in it. I think we should be grateful for what it’s given Australia, it’s given actors, producers, writers, directors.”

Scott and Charlene were Ramsay Street’s power couple and favourites with the soap’s viewers.

Their wedding was watched by more than two million Australian viewers when it first aired, and later pulled in an audience of almost 20 million when it was shown in the UK in 1988.

The ceremony became one of the most-watched TV moments of the decade.

Donovan added: “My father in the 70s fought incredibly hard for Australian content in television because the governments at the time wanted to bring cheaper exports in and it’s as a result of that that we have productions like Neighbours, Priscilla, Muriel’s Wedding. We have red Millan identity through the arts.”

After it was announced that Neighbours will cease production, Minogue, 53, said she will be “forever grateful” for her time on the show.

Paying tribute to the soap on Twitter, she added: “We had no idea how big the show would become and how passionately viewers would take it to heart.

The show also launched the careers of Hollywood stars such as Margot Robbie and Liam Hemsworth.