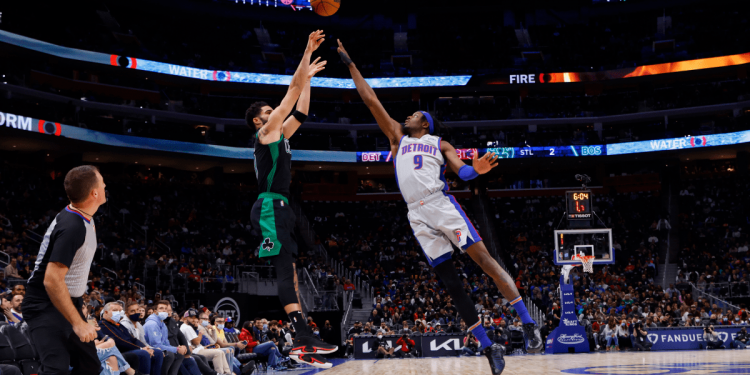 The Celtics had no problems taking care of the Pistons on Friday night inside Little Caesars Arena, winning 102–93 to earn their fourth consecutive win and record their longest winning streak of the season.

But even in a game where Boston never trailed, Jayson Tatum caught some heat for a slow start before he exploded with a 24-point performance in 28 minutes in the contest.

According to Tatum, his third-quarter explosion was sparked by comments from his former assistant coach Jerome Allen, who is now an assistant with the Pistons. While Boston controlled the lead throughout the game, Tatum struggled to get going in the first half.

“He told me I had only five points and he said, ‘You might as well put a coach’s polo on tonight’,” Tatum said of Allen postgame.

It is safe to say that no one should provoke the three-time All-Star, and in response, Tatum let his production on the court do the talking.

Tatum scored 19 of his 28 points in third quarter to extend Boston’s lead to 78–56 going into the final quarter.

The Celtics have won seven of their last 10 games and sit a half game behind the Raptors in eighth place in the Eastern Conference.