Jeep Compass is getting updated powertrains later this year 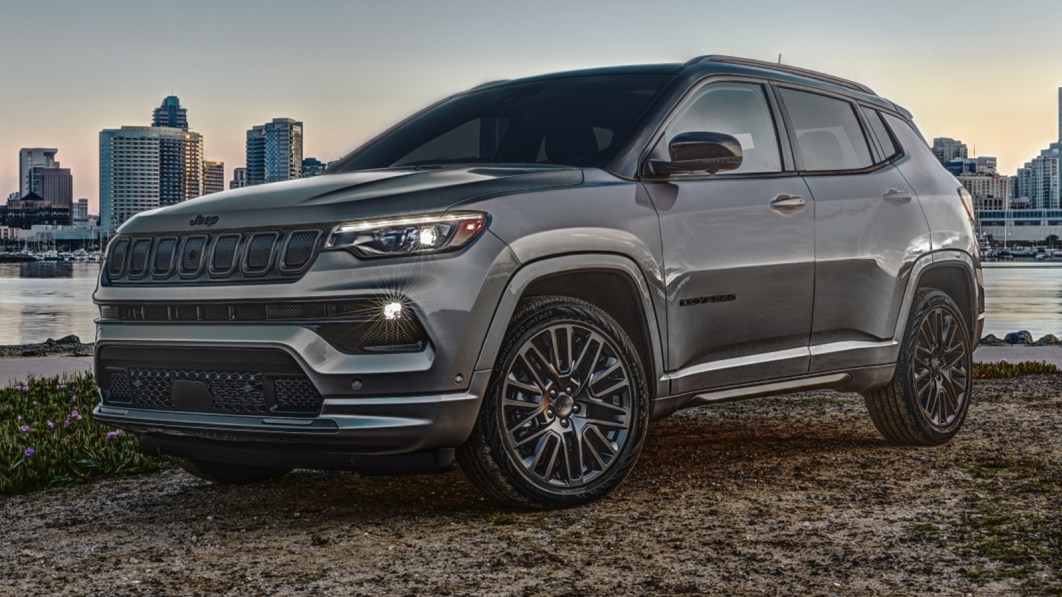 NEW YORK — Last year, the 2022 Jeep Compass made its debut with a lightly updated exterior, but a vastly improved interior. And an interior complete with the latest Uconnect infotainment. While a welcome upgrade, it did still leave the Compass with its aging 2.4-liter four-cylinder and nine-speed automatic. But according to the head of Jeep, Jim Morrison, that will be changing soon.

In an interview, Morrison revealed that the Compass is getting some powertrain upgrades later this year, presumably for the 2023 model year. Unfortunately, he didn’t go into any further details on what those upgrades would entail. So that leaves us to speculate on the possible changes.

What seems highly likely to us would be the addition of the turbocharged 1.3-liter four-cylinder from the Renegade, possibly even replacing the old 2.4-liter unit on most trims. Its 177 horsepower is the same as the 2.4-liter engine, but it makes more torque than the old engine, at 210 pound-feet. Not only that, but it resulted in slightly greater fuel economy over the turbo 1.4-liter engine in the Renegade, so it could potentially provide better economy for the Compass.

One other possibility would be the introduction of the plug-in hybrid model. Jeep has said it will offer hybrid versions of all its vehicles, and a plug-in hybrid Compass already exists in Europe. A version of that powertrain will also be offered in the U.S.-bound Alfa Romeo Tonale. Jeep has been cagey about when we might see the plug-in, here, though.

Time will of course tell, and you can bet you’ll see the latest on the 2023 Compass on Autoblog as soon as we know ourselves.

British search and rescue team sent in as 20,000 feared dead from Turkey and Syria earthquake

British search and rescue team sent in as 20,000 feared dead from Turkey and Syria earthquake