JEFF PRESTRIDGE: Locusts of financial fraud must be stopped

JEFF PRESTRIDGE: We want a new police unit to eradicate financial locusts causing us so much devastation

More than five months ago, in the wake of a harrowing article I had written about a young woman who was robbed of £100,000 in an online Bitcoin fraud, I made an impassioned plea to the Government: do more to ensure social media providers – the likes of Google and Facebook – ‘wash their platforms clean of fraudsters’.

At the time it appeared the Government was in listening mode with Prime Minister Boris Johnson acknowledging that online financial fraud was ‘becoming an increasing concern of Government and I think of people across the country’. Think? Know, more like.

Yet, sadly, Johnson has since failed to act on these words, resulting in a locust-like plague of financial fraudsters currently hovering over the UK intent on emptying our bank accounts of our lifetime savings. 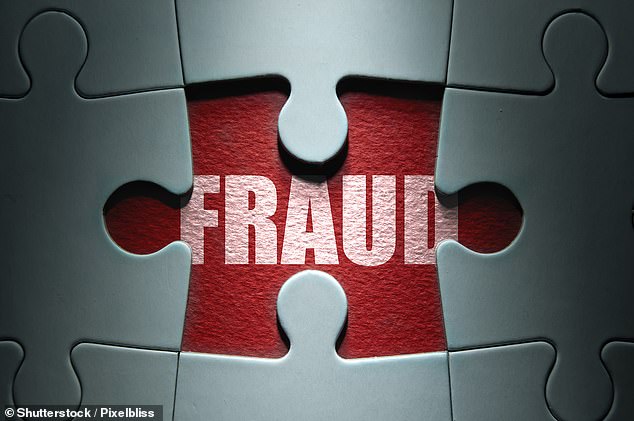 Solving the puzzle: A locust-like plague of financial fraudsters is currently hovering over the UK intent on emptying our bank accounts of our lifetime savings

As Rachel Rickard Straus’s article highlights, these locusts are now out of control, causing untold misery to many of those who encounter them.

Back in February, I called for new proposed online harm laws to be extended to include financial fraudsters – an idea Johnson said at the time he would look at.

Given these laws were designed to force social media giants (under the threat of massive fines) to do more to clamp down on those who use their platforms to promote terrorism, cyberbully or commit hate crimes, it seemed logical for them to also embrace financial fraudsters.

After all, a majority of financial scams originate online which indicates powerful social media companies need to be encouraged (that is, threatened with big fines) to do more to eradicate them from their platforms.

But so far – despite protestations from City regulators, the police, MPs and consumer groups such as Which? – the Government has refused to play ball. As a result, it is now highly likely that the Online Safety Bill will proceed through Parliament without addressing one of the biggest crimes of the century: financial fraud. Scandalous.

Without Government intervention, it means that consumers will now have to rely on social media providers to clear their platforms of financial locusts.

Google is taking a step in the right direction by only accepting financial adverts from companies which are authorised by the City regulator. But it remains to be seen whether the move, effective from the end of next month, will be enforced.

Unlike most other crimes, financial fraud goes under the radar – primarily because there is no physical harm involved. Yet it doesn’t mean the emotional pain and financial trauma it causes should be ignored. Or that perpetrators should get off scot-free.

It’s why we have launched our Nail The Scammers campaign, with the aim of getting Government to take financial crime more seriously. We believe a new police unit should be formed, with the sole task of eradicating the financial locusts causing us so much devastation. We will not rest until the locusts are no more.

It now appears only a matter of time before the Government is forced to agree a compensation package for women born in the 1950s who were not given adequate warning of changes to their State pension age. An information void that resulted in millions of women not being told that they would have to wait up to six years longer than they thought before their State pension kicked in.

In some cases, this led to real financial hardship as women were not given sufficient time to plug the hole left in their household finances by the delay in their State pension.

A few days ago, the Parliamentary and Health Service Ombudsman found the Department for Work and Pensions guilty of ‘maladministration’ for not writing to women promptly enough about the delay.

It now has to decide whether this led to an injustice that warrants financial compensation. If it recommends compensation, which seems likely, it will then be up to the Government to respond.

I can’t imagine the Government will cave in quickly or be as generous as it should be – remember the almighty battle Equitable Life policyholders had in getting previous governments to act on the same Ombudsman’s recommendation to pay compensation? To this day, most Equitable investors believe – with justification – that they were short-changed. But pay it must for the DWP’s failure to do its job properly.

Founded by a Danish karate...

Chew on this: fast-food giant...

Care services: Many people are...